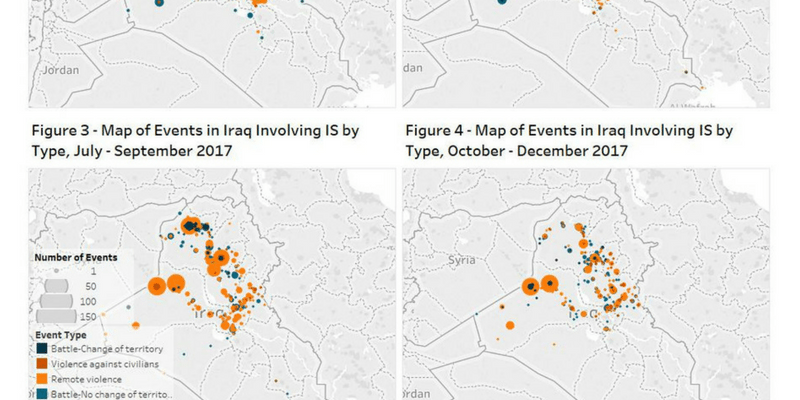 Over the course of 2017, Iraqi security forces, backed by their Coalition allies, have made significant gains against the Islamic State (IS), shifting the frontlines in the country. This shift in Iraq can be seen in three major ways in Figures 1-4 below. First, the absolute number of events in the final quarter of 2017 in Figure 4 has dropped considerably from the levels seen during the first quarter in Figure 1.

Second, the types of events have also seen a significant shift from Figures 1-2 to Figures 3-4, with the number of battles and territorial exchanges decreasing following offensives in Anbar, Kirkuk, and Ninewa provinces which had largely achieved their goals by October 2017. This decrease includes a noticeable shift in IS activity involving violence against civilians and remote violence, in the latter case carried out both by and against IS militants.

Lastly, as mentioned above, a slight dispersal of events into the more rural areas of the country can be seen in Figures 3-4. These trends have also been accompanied by an alleged fracturing of IS, with a separate faction known as the White Flags (also reported as the Sunni Liberation Army) having reportedly broken off and joined with Kurds who oppose the return of Iraqi central government control over the Kirkuk and Touz Hourmato areas of northeastern Iraq (Arab Weekly, February 11, 2018). 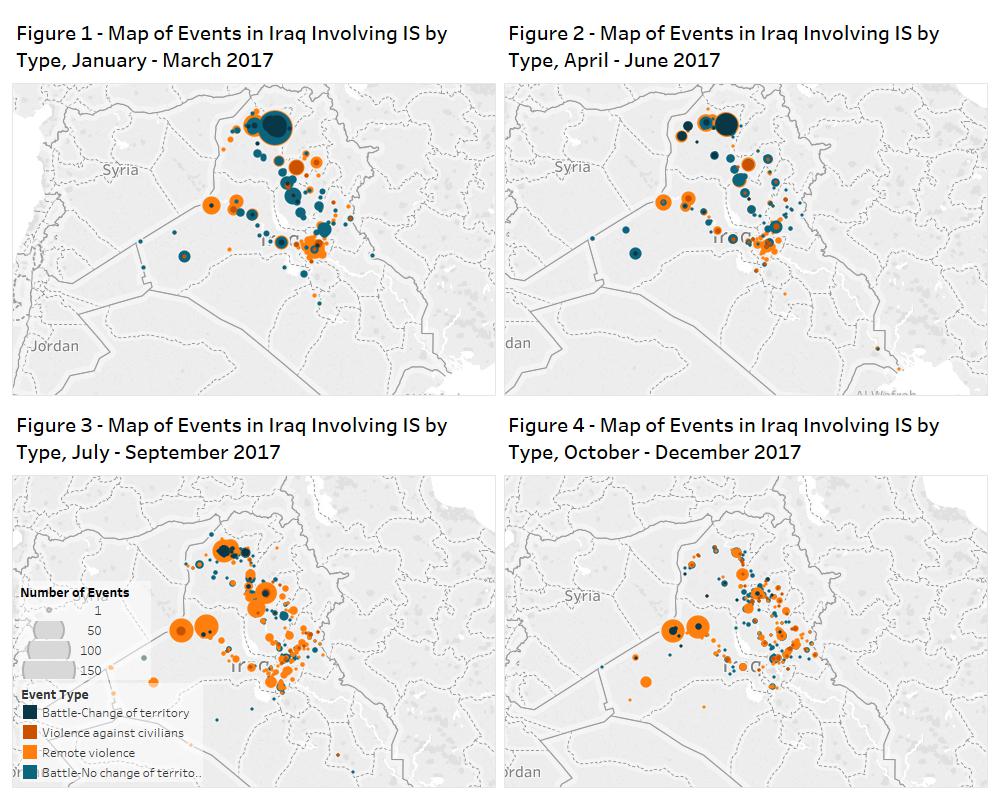