Somalia – Has the recent western involvement in Somalia been effective? 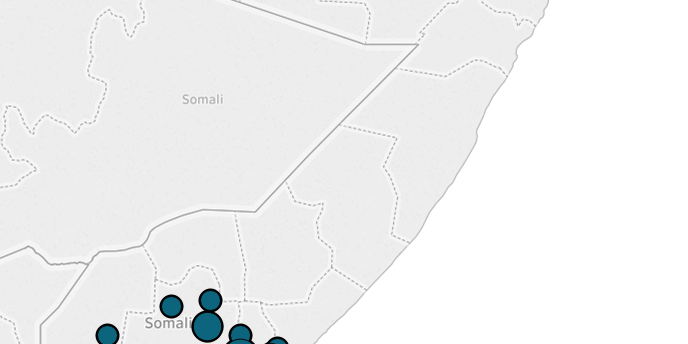 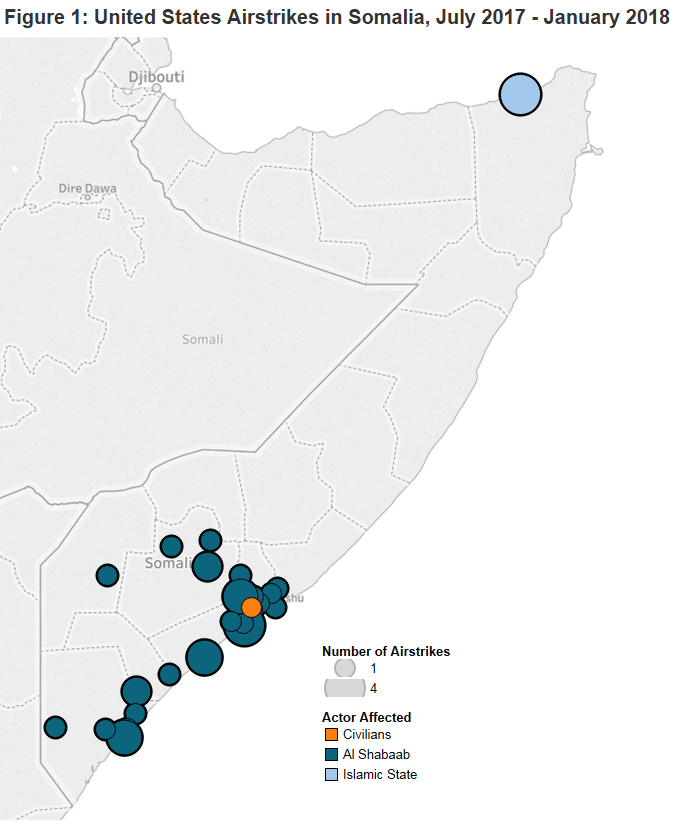 Since July 2017, the United States-AFRICOM has dramatically escalated activities in Somalia. This involvement relies heavily on the use of unmanned drones, typically targeting high-profile al-Shabaab figures. Over this period, the US has conducted 44 known air strikes, resulting in nearly 400 fatalities (see Figure 1). US land force numbers have increased steadily, with officials reporting ‘a few dozen [troops]’ in April 2017 (Al Jazeera, 15 April 2017), to ‘over 500’ in November of that year (Politico, 19 November 2017). In late 2017, the UK announced 85 military personnel are involved ‘in a range of missions’ within Somalia (Forces Network, 13 November 2017).

The areas where AFRICOM airstrikes have occurred have generally observed a decreased in al-Shabaab activity since the middle of January 2018 (see Table 1). This effect has been particularly pronounced in Shabellaha Hoose, the region most exposed to U.S. airstrikes (see Figure 2).  However, in Bay, Jubbada Hoose and Shabeellaha Dhexe, al-Shabaab activity has been minimally impacted. 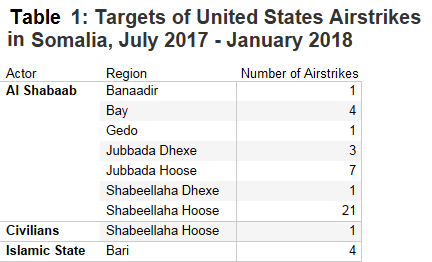 While air involvement has been productive against al-Shabaab leadership, there are known instances of collateral damage against civilians. In at least five airstrikes since July 2017, an estimated 50 civilians have been killed or injured (The Guardian, 23 January 2018). Wartime errors have not been limited to air involvement. US Special Forces and Somali government troops fatally wounded five civilians during a joint hostage freeing operation in the Middle Shabelle region in early 2018 (Newsweek, 24 January 2018). Despite instances of error, western action in Somalia is likely to continue. US defence budgetary spending is set to increase 15.5% in 2018, including specific carve-outs for AFRICOM (Al Jazeera, 10 February 2018). 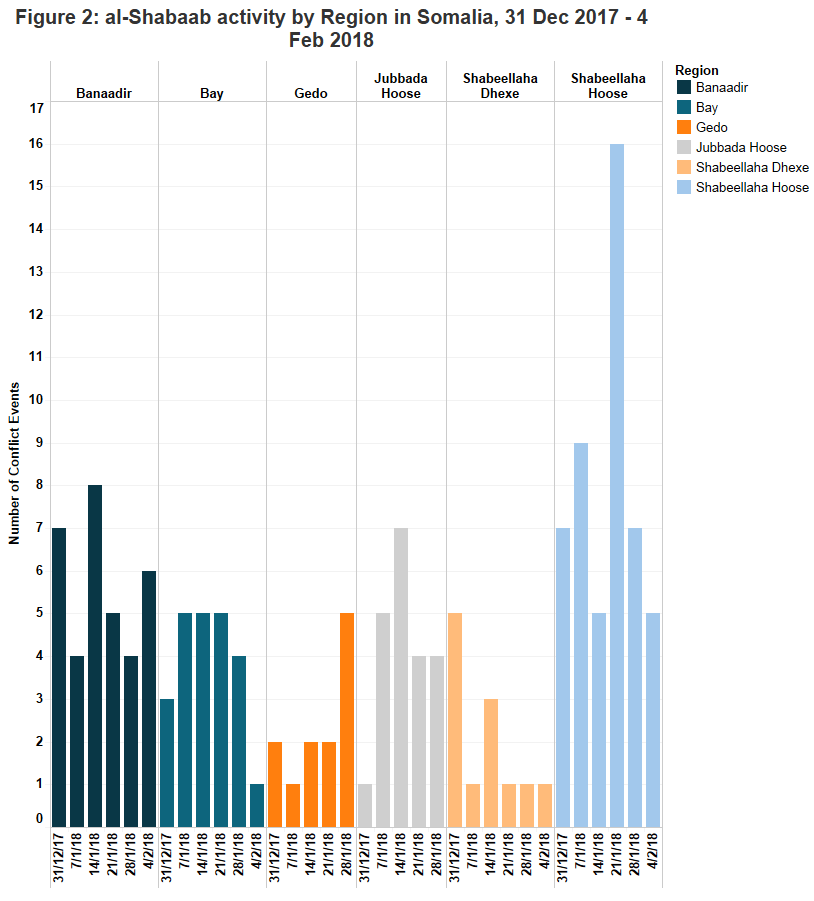