The Battlefront of Taiz 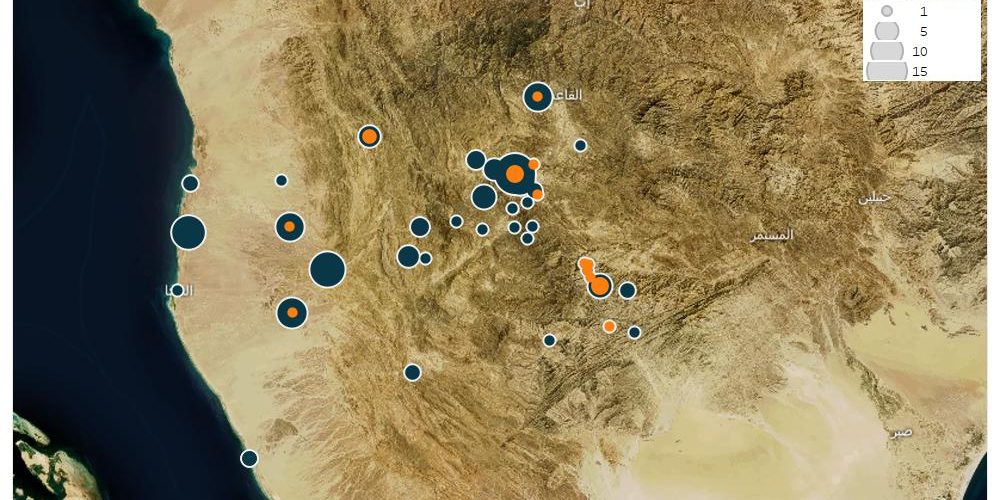 The highest number of fatalities in Yemen have occurred in Taiz governorate, with nearly twice as many fatalities reported within its borders relative to any other governorate in the country. Since January 1, 2017, ACLED has recorded over 500 civilian fatalities (with the true number of civilian fatalities possibly higher as a result of collateral damage), the highest estimate among all Yemeni governorates. All warring parties involved in this battlefront have been responsible for violence against civilians; airstrikes, intense shelling on urban areas, assassinations, and landmines have all contributed to killing non-combatants and aggravate the human cost of the war in Taiz.

There have been three years of continuous battles in Taiz, Yemen’s third-largest city, beginning a short time after Houthi militias and Saleh loyalists took the city on March 22, 2015. In early 2017, conflict escalated in the outlying districts of the governorate where government troops, backed by the Saudi-led coalition, conducted major military offensives into Houthi-controlled areas, taking control of the western Al Mukha and Dhubab areas. Violence also remained high throughout the year in and around Taiz as military units loyal to President Abdrabbuh Mansur Hadi, and a collection of allied Salafi and tribal militias, pushed further into the city.

In recent months, pro-Hadi troops and allied forces have only been able to make limited gains (see figure below). Beginning shortly after the collapse of the Houthi-Saleh alliance in November 2017, frontlines in Taiz governorate have shifted slightly after being virtually stagnant for nearly five months. Despite the limited territory reclaimed during the most recent push, renewed offensives in surrounding governorates, and the recent appointment of a new governor, suggest that the Hadi government is intensifying its war efforts to seize control of Taiz from the Houthis. 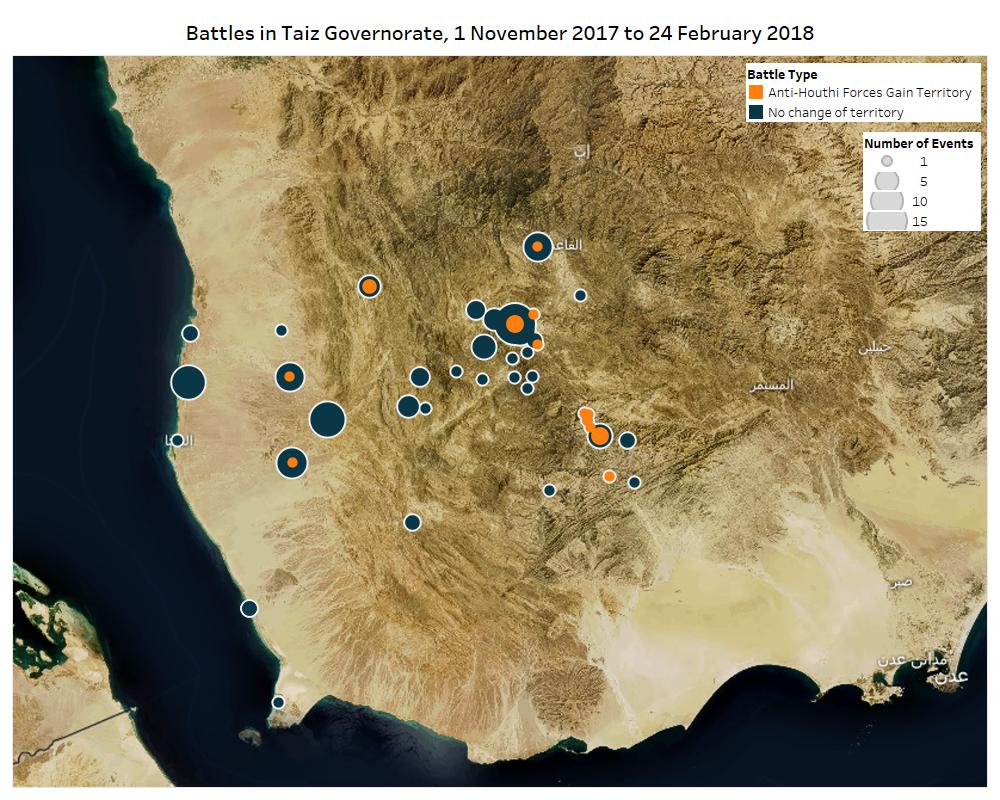