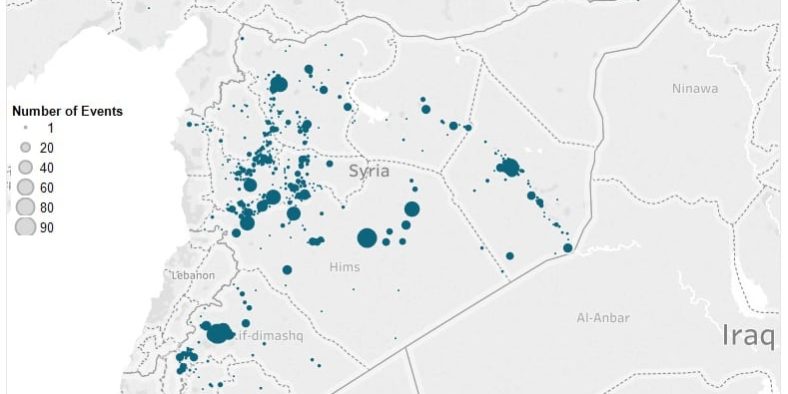 Since the beginning of the Syrian Civil War, the Assad regime’s army has faced a manpower issue due to defection and desertion. It has partially solved this problem by fostering and allying with loyalist militias, both domestic and foreign, in order to defend and recapture territory in Syria. A myriad of militias is heavily involved on Assad’s various battlefronts (see map below); what has been the effect of enlisting these militias?[1] 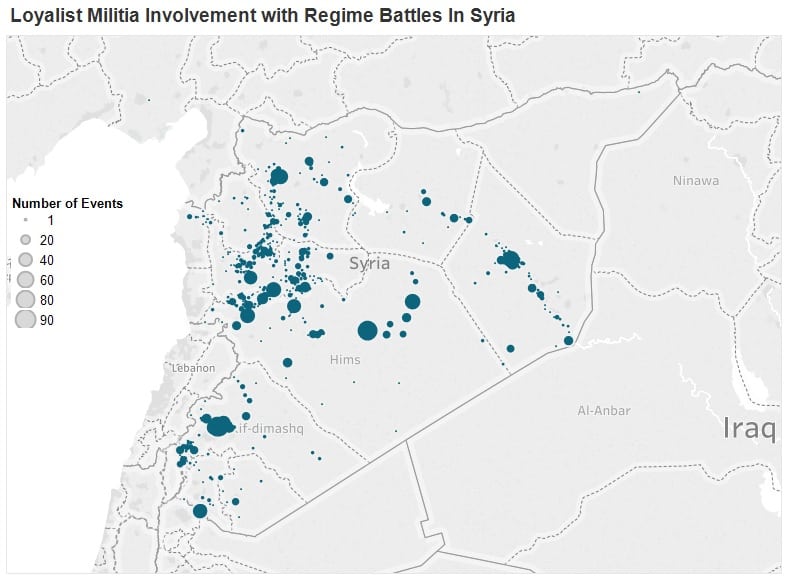 In terms of augmenting the regime’s offensive capabilities, the results are a mixed bag. On one hand, such a high level of participation by these militias in events where government forces retake territory suggests that they are a critical factor in the regime’s success. However, on the other hand, the high percentage of militia participation in battles where the government loses territory suggests that the ability to support government operations varies widely from militia to militia (see table below). In other words, these militias should not be viewed as a unified force with equal capabilities and capacity across them all.

In some cases, these loyalist militias may actually be a hindrance to the regime’s efforts. For example, we can see that some militias (such as Hezbollah) are more adept at supporting offensive military action. For example, the figure below depicts Hezbollah’s involvement in battles in which the government regained territory. Hezbollah was involved in approximately 9.72% of these events (see pie chart below, Hezbollah noted in orange); this significant number of events suggests the force multiplier effect of Hezbollah involvement is successful in regime assaults. 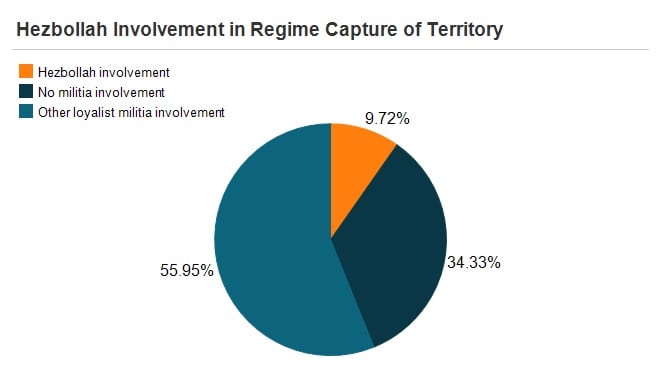 Other militias (such as the defensive-oriented National Defense Forces [NDF]), however, are less so. The NDF were involved in 0.35% of battles in which the Syrian government recaptured territory (see table below). This suggests that the purpose of the NDF is more defensive in nature, as their name would suggest, and that their role is more suited to patrolling territory far from the frontlines. This does not, however, mean that their contribution to the Assad war effort is insignificant; rather, it suggests that militias in Syria play a wide variety of roles.[2]

While the level of involvement of these militias varies from battle to battle and from group to group, their high level of involvement demonstrates the regime’s reliance on these groups to fight its war. Without these groups, the regime would have likely crumbled long ago. It will be worth closely watching if the regime continues to rely so heavily on these non-state actors as the war slowly winds down. If it is not able to reassert primacy of coercive capacity in Syria, the Assad regime may face a Pyrrhic victory.