Over 700 political violence and protest events spread across Romania, Moldova, and Belarus have been recorded in 2018 and since. Most of these events have been protests, and most have occurred without violence or intervention. While the highest number of protest events overall were recorded in Romania, the highest level of violence and intervention against protesters proportionally occurred in Belarus. These involved protests against the construction of a new car battery plant in Belarus, which demonstrators claimed to be dangerous, as well as opposition demonstrations which faced government crackdown. Widespread anti-corruption demonstrations across Romania in mid-2018 culminated in a riot in Bucharest in August, resulting in a UN investigation after attempts to disperse the protest resulted in mass injuries. Another increase in demonstrations in Romania – against new changes to judicial laws which demonstrators claim undermine anti-corruption efforts — began in February 2019, and threaten similar political disorder. 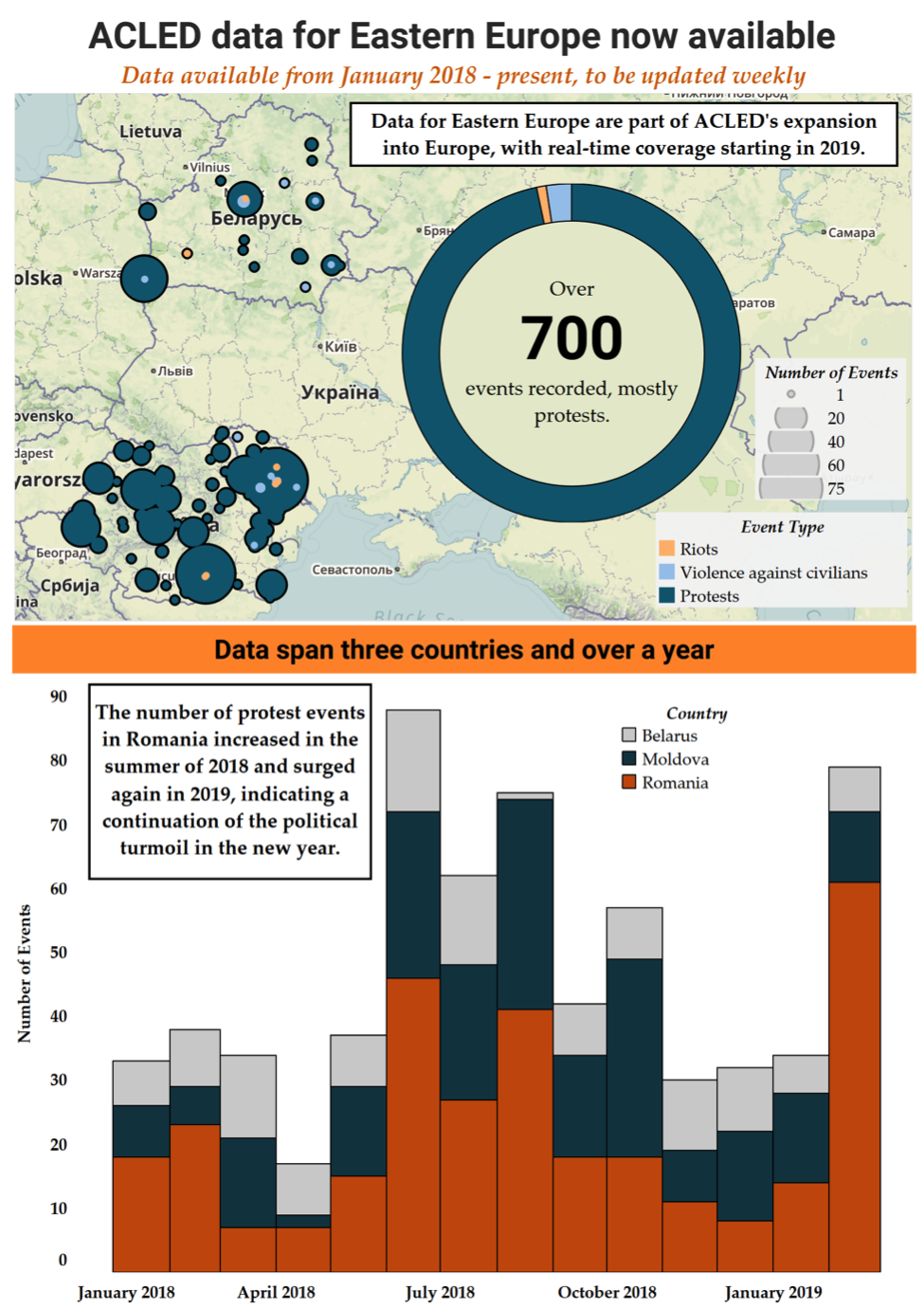 Lennart Landman is the Quality Assurance Coordinator at ACLED, where he oversees the real-time coding, weekly analyses, and the expansion of coverage into new countries. He previously worked as a researcher on European security and defence issues for the Clingendael Institute in The Hague. He holds an MA in International Relations and is a PhD Candidate at the University of Groningen.
29 March 2019
Share
TweetShare on Twitter Share on FacebookShare on Facebook Share on LinkedInShare on LinkedIn