Across Albania, Bulgaria, North Macedonia, Greece, and Cyprus, nearly 1,700 political violence and protests events were recorded, the majority of which are protests. Nearly half of these events took place in Greece. While protests make up the majority of events in each of these countries, the proportion of protests to riots has been nearly equal in Greece specifically, with frequent violence resulting from tensions with refugee populations and from rioting by anarchist groups. Protests against government policies resulting in high fuel prices and negative socio-economic conditions generally surged in Bulgaria, and student-led protests increased in Albania in late 2018 and early 2019. North Macedonia’s mid-2018 name change agreement prompted unrest both in that country and in Greece throughout the year. Farmers in Greece held country-wide protests against high taxation, in particular on fuel, in January 2019. Violence and explosives targeting government buildings in Greece in February 2019 potentially signal further unrest to come. 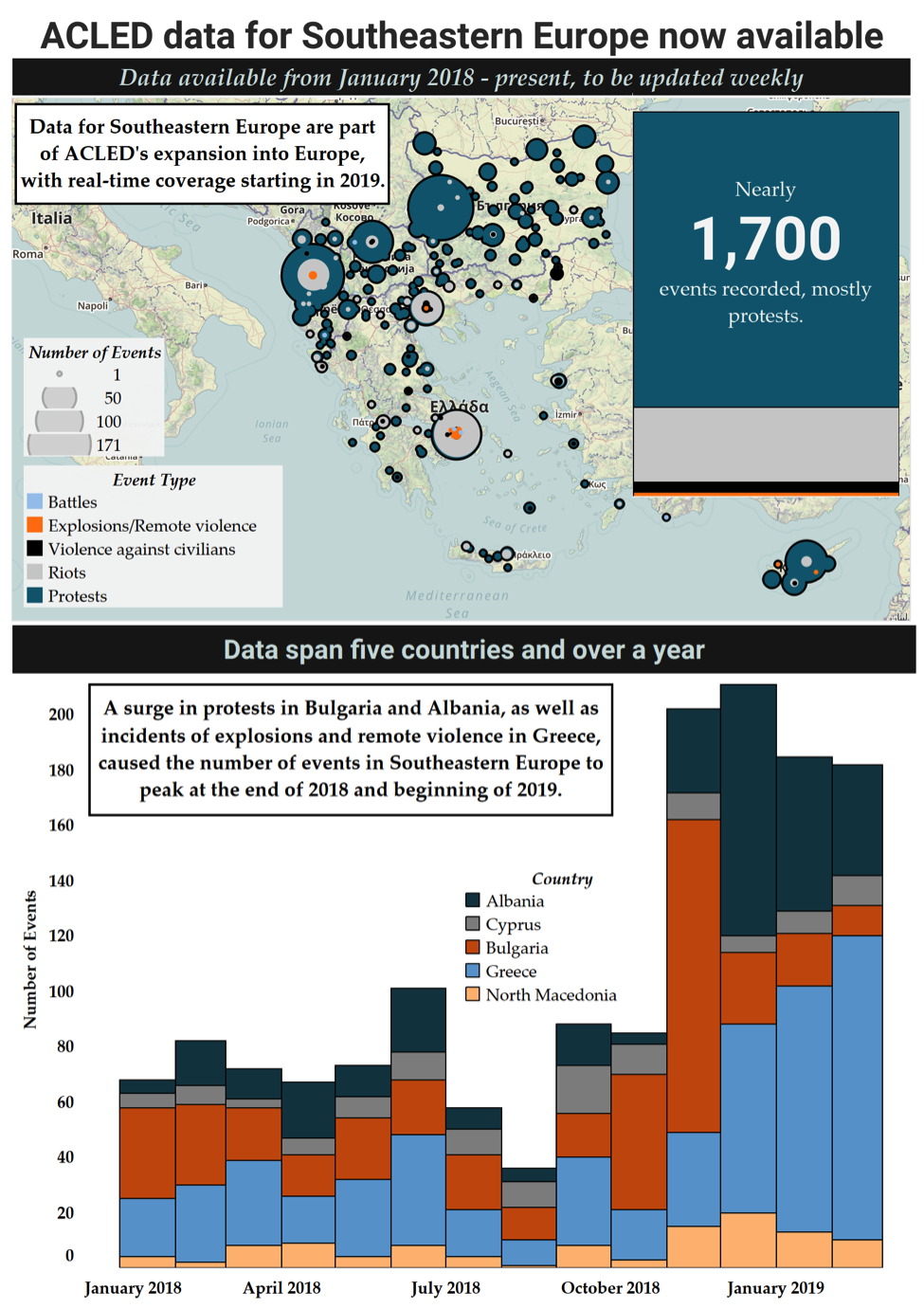