28 May 2019: Twenty years after the United Nations officially added the protection of civilians in armed conflict to the Security Council agenda, noncombatants continue to be targeted at alarming rates (UN OCHA, 2019). While overall reported fatalities from events directly targeting civilians declined over the past year, conflict continues to exact a devastating toll on civilian populations, with tens of thousands reportedly killed in 2018 alone. ACLED has already recorded over 8,000 reported fatalities stemming from anti-civilian violence so far this year – and in some regions, civilian targeting is on the rise (ACLED, 2019).
The data are clear: across ACLED’s areas of coverage, civilians remain at serious risk. 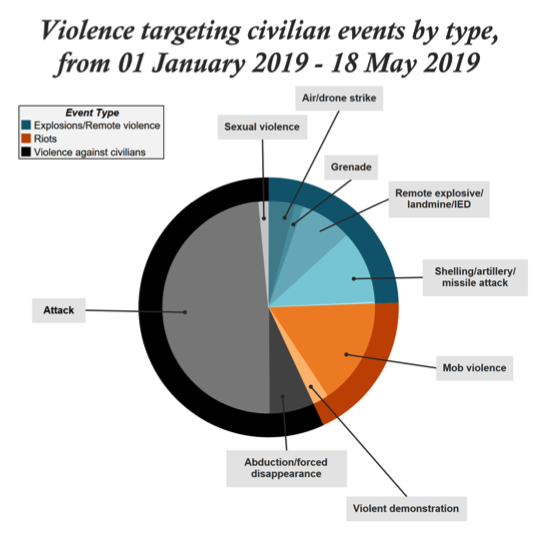 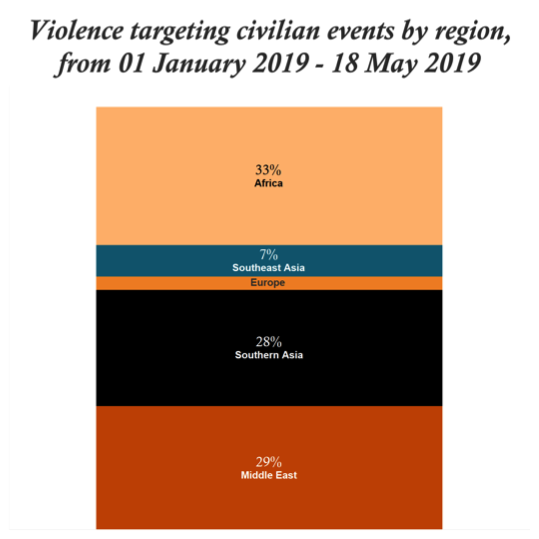 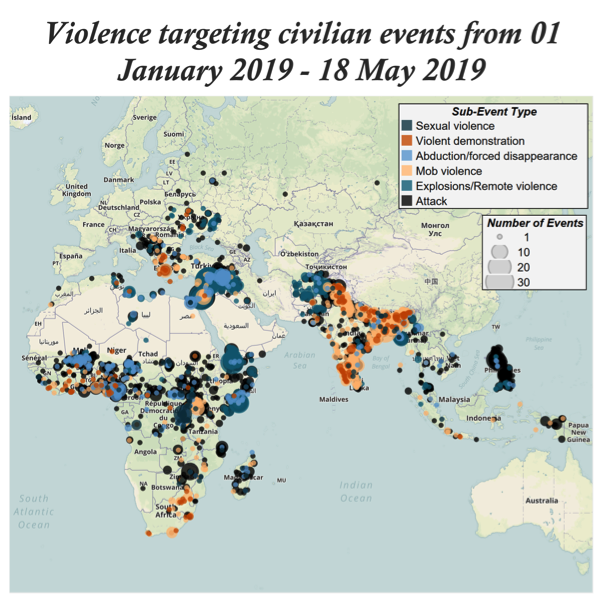 A US-based 501c3 established in 2014, ACLED is the highest quality, most widely used, real-time data and analysis source on political violence and protest around the world.
If you would like to use ACLED analysis or visuals, please review our Terms of Use and Attribution Policy.