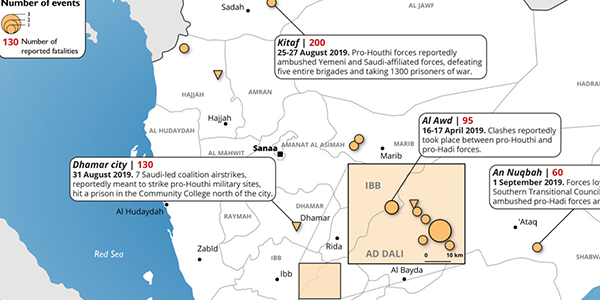 31 October 2019: The Armed Conflict Location & Event Data Project (ACLED) currently records more than 100,000 reported fatalities in Yemen since 2015, including over 12,000 civilians killed in direct attacks. These findings are consistent with recent projections drawing on ACLED data issued by the United Nations Development Programme (UNDP) and the Frederick S. Pardee Center for International Futures, which estimate that approximately 102,000 people will be killed in direct violence by the end of 2019.1

ACLED’s Yemen data are collected in partnership with the Yemen Data Project. 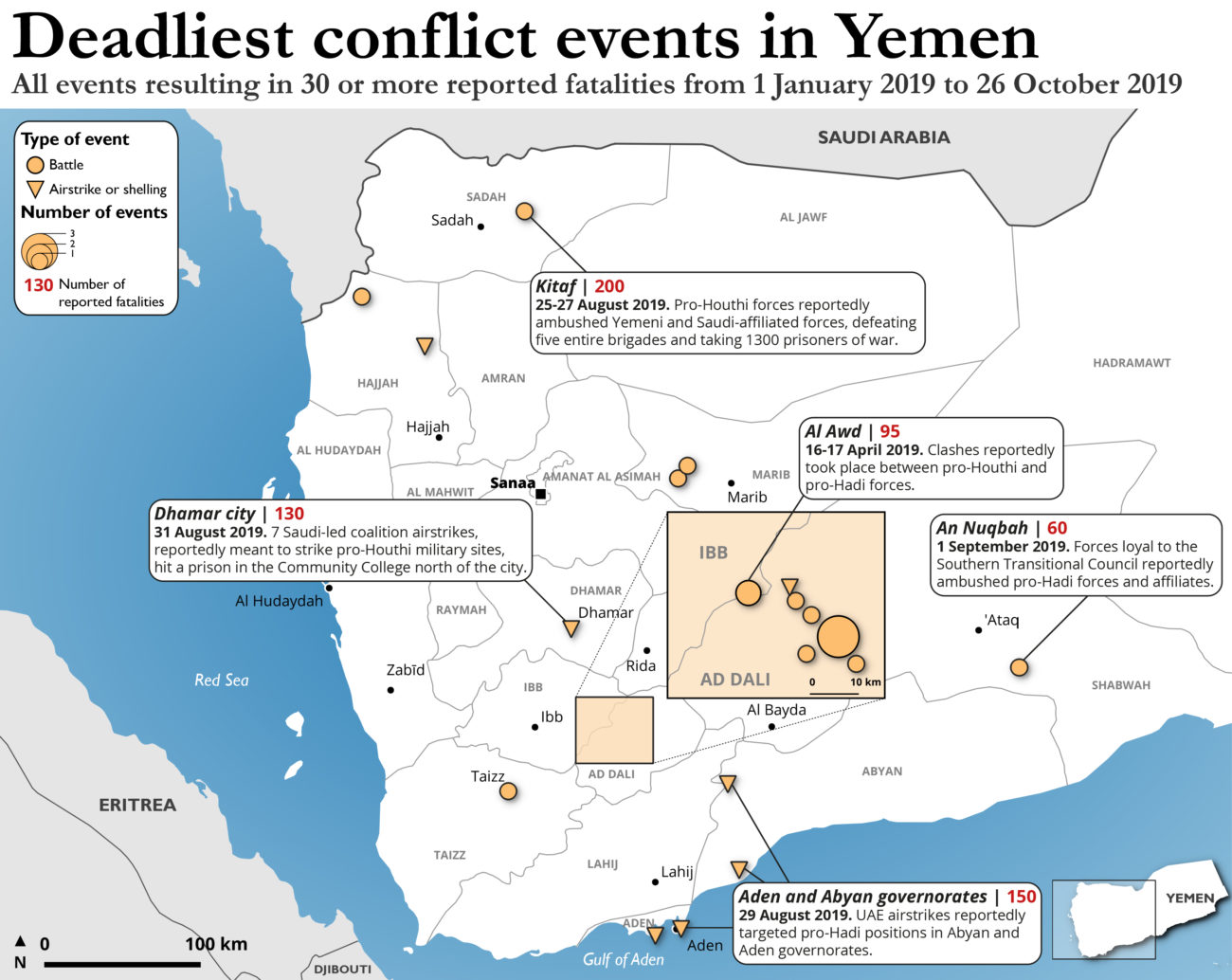 1 ACLED data do not include deaths from indirect causes linked to the conflict, such as starvation and disease; according to the UNDP-commissioned study, these indirect causes could result in another 131,000 deaths by 2020, bringing the full toll to more than 230,000.

2 Fatality numbers are often the most poorly reported component of conflict data. While ACLED codes the most conservative reports of fatality counts to minimize over-counting, this does not account for biases that exist around fatality counts at-large. As such, these figures should be considered estimates, rather than exact counts. Find more information about ACLED’s methodology for coding fatalities here.

3 This figure includes only civilians killed as a result of direct civilian targeting. It does not include collateral civilian fatalities. As such, the number is assumed to represent an underestimate of total conflict-related civilian fatalities in Yemen.