This week in Africa, the delivery of humanitarian assistance was hampered by clashes in South Sudan. The Islamic State and regional counterparts continue their violent campaign in Mali, Niger, and Chad. Meanwhile, Ahlu Sunnah Wa-Jama (ASWJ) clashed with military forces in Mozambique. In Burundi and the Democratic Republic of Congo, rebels clashed with state forces, proving deadly for both sides.

On 27 October, clashes between the National Salvation Front (NAS) and the South Sudan Defence Force (SSDF) killed thirteen people at Isebi, in Central Equatoria state. Among those killed were three volunteers from the International Organization for Migration (IOM), prompting the UN agency to stop its Ebola screenings at five posts along the South Sudanese border with Uganda and the Democratic Republic of Congo (30 October, 2019, Al Jazeera).

The Islamic State claimed responsibility for several incidents in West Africa. On 30 October, twelve Nigerien soldiers were killed in an attack on their base in Blabrine, in southeastern Niger. Eight soldiers were wounded, and military equipment was destroyed in the incident. The Islamic State also attacked Indelimane military base in Menaka, Mali. Fifty-four people were reported killed, including 53 soldiers and one civilian, making it the most lethal singular attack by the group in Mali to date. After a month without incident in Chad, Boko Haram signalled its sustained presence in the country when it abducted three health workers en route from Ngouboua and Tchoukoualia, near the Chadian border with Nigeria on 31 October.

Ahlu Sunnah Wa-Jama’s (ASWJ) activities in Mozambique also continued in the last week. The group killed eleven civilians traveling aboard a truck in Chinda, and attacked a military vehicle in Milangalewa. Twenty Mozambican soldiers and five Russian private security forces were killed in the attack.

The coalition of the Resistance to the Rule of Law in Burundi (RED-TABARA) and the Republican Forces of Burundi (FOREBU) pushed on with their offensive against security and Imbonerakure forces in Northwestern Burundi. On the night of 25 October, these attacks killed fourteen people in Bukinanyana, Bubanza, and Murwi. RED-TABARA rebels also supported the Mayi Mayi militia in attacks against the Armed Forces of the Democratic Republic of Congo (FARDC) on 31 October, near Minembwe, South Kivu. The FARDC continues with its multi-front engagement with rebel groups in the country—many of whom are supported by neighbouring States. On 27 October, the FARDC waged a campaign against the Mayi Mayi, who were regrouping near Luengba, Ituri. Thirteen Mayi Mayi fighters and two FARDC soldiers were killed in the clash. 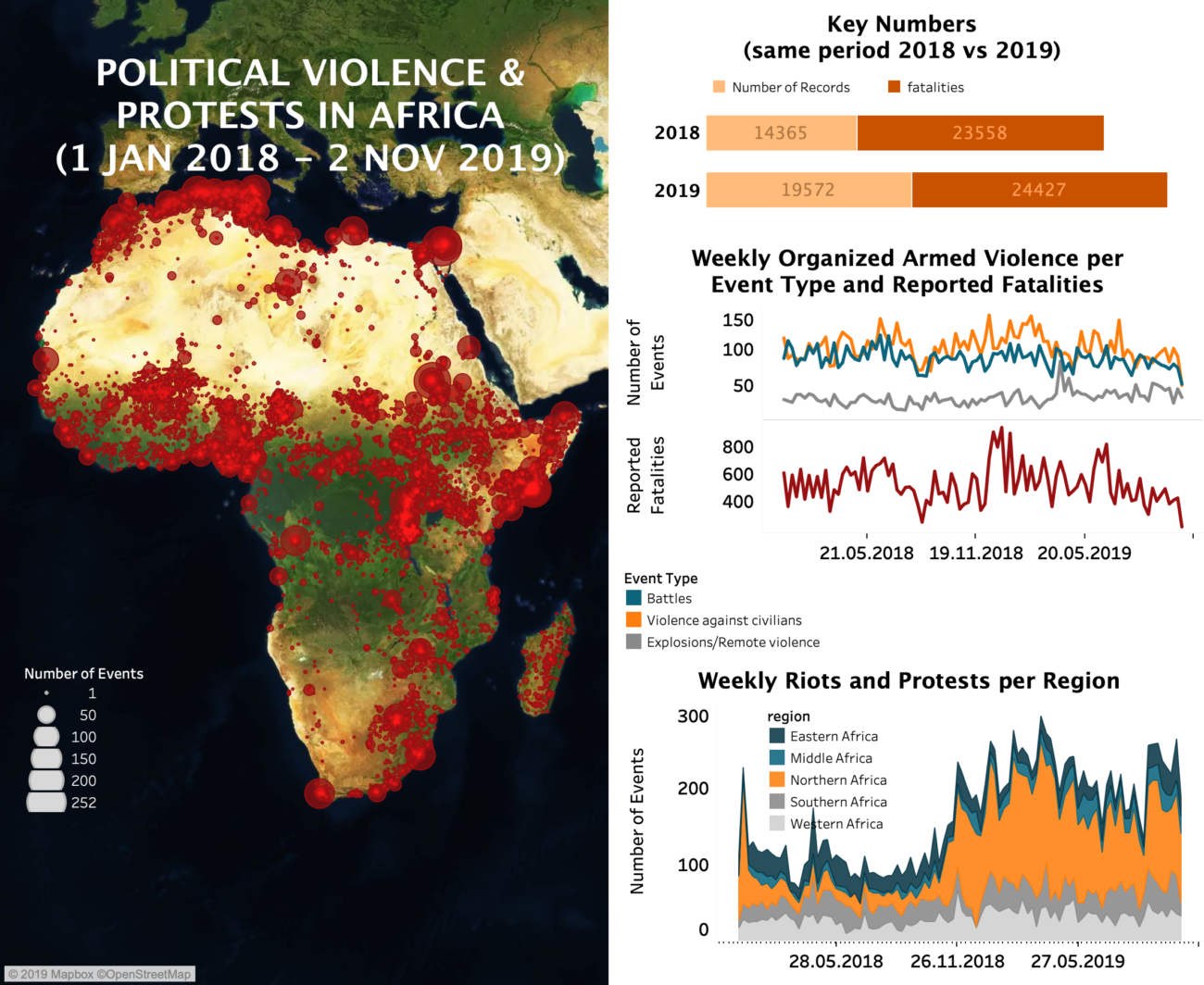