This week, Africa experienced comparatively few attacks as a whole, but concentrated violence in certain regions was particularly lethal.

Burkina Faso experienced its deadliest attack of the year, when suspected Jama’at Nasr al-Islam wal Muslimin (JNIM) militants ambushed a gendarme-escorted workers convoy from the Boungou gold mine, near Nassougou. At least 38 soldiers and civilians were killed in the attack, and an estimated 60 people were injured. JNIM is a regional affiliate of al Qaeda in the Islamic Maghreb (AQIM) and has been active in Burkina Faso since 2017.

In West Africa, Boko Haram continued its attacks. Both the frequency and lethality of clashes between the Nigerian Armed Forces (NAF) and Boko Haram increased in the northeastern states of Borno and Yobe. The NAF successfully repelled Boko Haram incursions in Damaturu and Muchima, leaving nine fighters dead—though twelve NAF soldiers are believed missing. Meanwhile, a Boko Haram attack on a NAF convoy in Damboa killed 10 soldiers. In Cameroon, victims of recent Boko Haram attacks protested for increased attention from the government. In the last week, Boko Haram killed five civilians in seven attacks in Maya-Savo, Extreme Nord province.

In Somalia, airstrikes in Jilib on 4 November are believed to have killed Aden Gedi (Abu Hudeyfa), Al Shabaab’s top defence commander. The strikes are attributed to the US forces in the country.

In the Democratic Republic of Congo, civilians continue to suffer targeted violence. On 5 November, suspected Ugandan ADF-NALU fighters killed ten civilians in Oicha, North Kivu. Twenty-one civilians were abducted in the same attack, which is believed to be retribution for recent FARDC operations in the area. But the FARDC made gains against the ADF in Beni, North Kivu on 7 November, by regaining control of Kididiwe, Vemba, and Kadou in clashes that killed twenty-five ADF fighters and five soldiers. 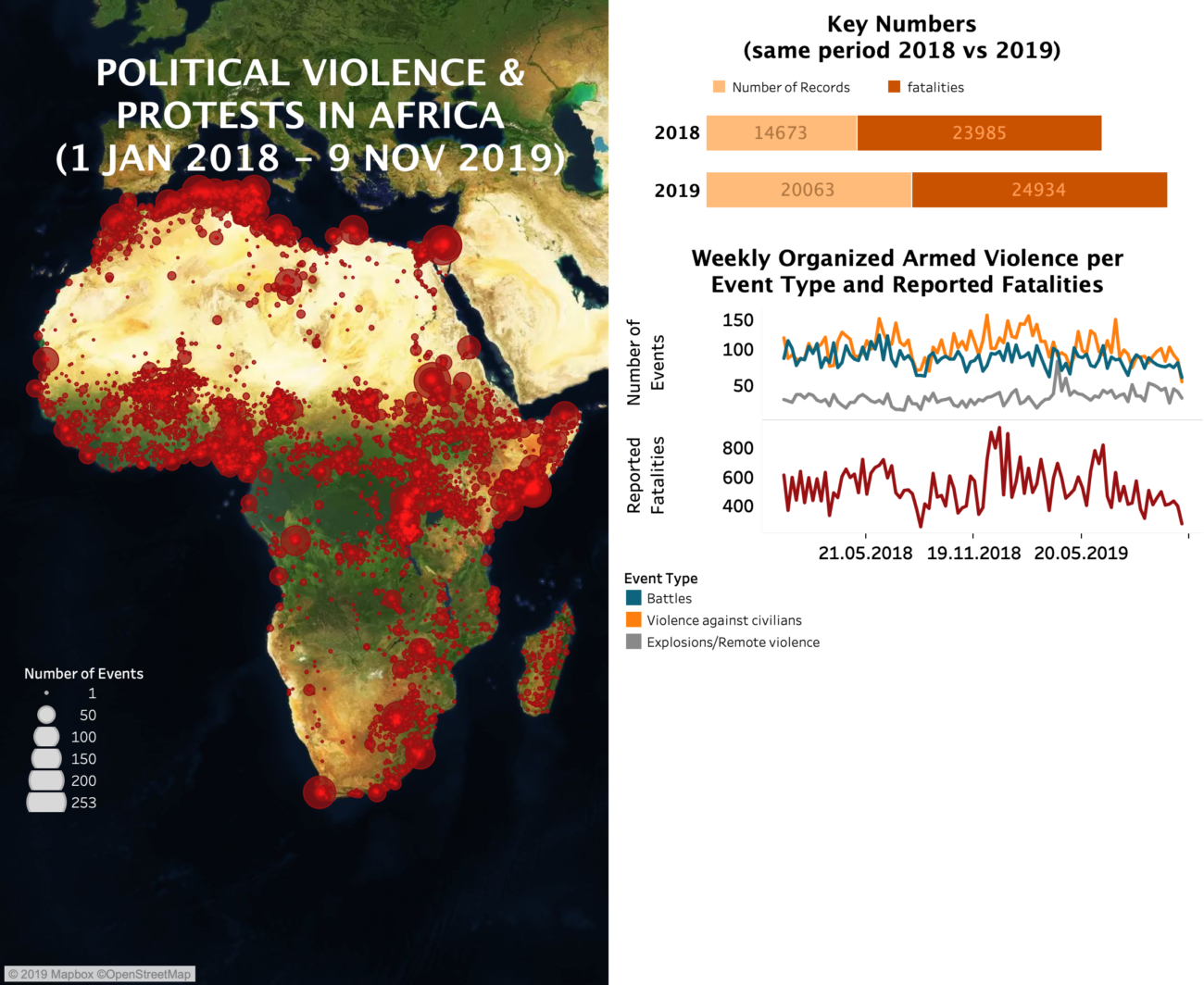