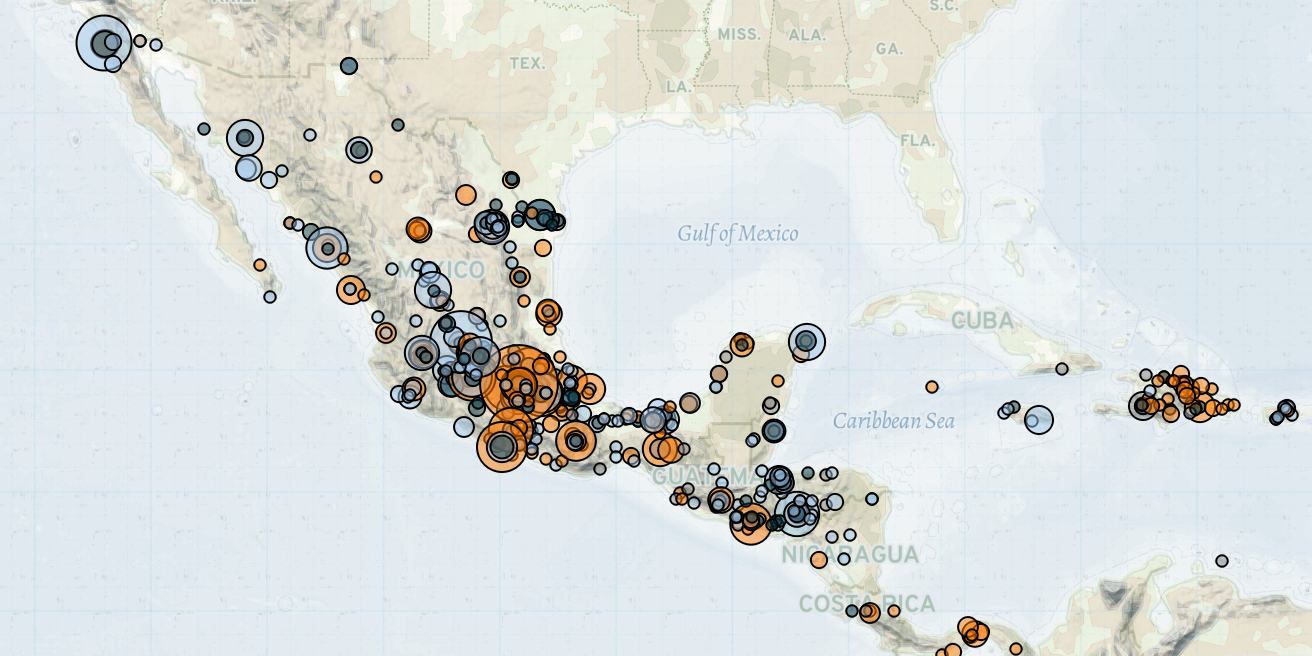 Battles and violence targeting civilians remained high in Central America and the Caribbean last week, while reported fatalities increased in comparison to previous weeks. Indigenous groups continue to be targeted, with reports of attacks against indigenous communities in Nicaragua and Costa Rica. A number of demonstrations around security and access to water were reported elsewhere in the region. In Haiti, violent demonstrations led to the death of at least two people.

In Mexico, the number of reported fatalities stemming from violence targeting civilians by armed groups and gangs increased in comparison to previous weeks. Government employees and politicians remain a target for violent attacks. Last week, six attacks were reported against former and current government officials, resulting in at least seven fatalities. Among those killed were two former deputies from the Institutional Revolutionary Party (PRI) and the National Action Party (PAN) (El Proceso, 27 February 2020, Milenio, 29 February 2020).

Access to water has been a recurring issue fueling demonstrations in Central America. Last week, there were protests in Mexico, El Salvador, and Panama motivated by the lack of access to water or water privatization. In El Salvador, residents blocked several roads across the San Salvador department to protest against water shortages, which have been ongoing for several weeks (Diario Co Latino, 26 February 2020).

In Costa Rica, a leader of the Terraba indigenous community was killed in an armed clash with farmers in Puntarenas province. The clash happened amid continuing land disputes in indigenous territories in the south of the country, where indigenous communities are reclaiming land granted to them by law (Teletica, 25 February 2020). The killing prompted an indigenous-led demonstration in front of the Presidential House demanding justice for the crime.

Also, in Nicaragua, attacks against indigenous people in the North Caribbean Coast Autonomous Region continued. Last week, settlers again invaded a Mískitu indigenous community and opened fire at seven houses. The attack occurred after settlers had left a message some days prior declaring that “the war begins” (La Prensa, 28 February 2020). Despite provisional measures granted by the Inter-American Commission on Human Rights (IACHR), the Mískitu indigenous people continue to experience threats, kidnappings, aggression, and armed attacks by settlers in the area (OAS, 6 September 2019).

After Nicaragua’s opposition parties announced the broadening of their coalition for the 2021 presidential elections, riot police broke up anti-government demonstrations at different points in the capital, Managua. Several people were detained and at least 15 journalists covering the demonstrations were attacked by police officers (Confidencial, 26 February 2020).

Ongoing demonstrations by police officers for better working conditions and to form a union escalated last week in Haiti. On 23 February, when Haitian Carnival—a major cultural event—was due to begin, hundreds of uniformed police, bikers, and hooded individuals demonstrated in Port-au-Prince. An hours-long clash followed between military and police with firearms, automatic rifles, Molotov cocktails, and tear gas. Both a police officer and a soldier were killed and at least ten others were injured (Le Nouvelliste, 27 February 2020). Radio Television Caraïbes was attacked and vandalized during the unrest, but it is not clear by whom. The next day, police officers again took to the streets, barricading roads, effectively shutting down the capital.