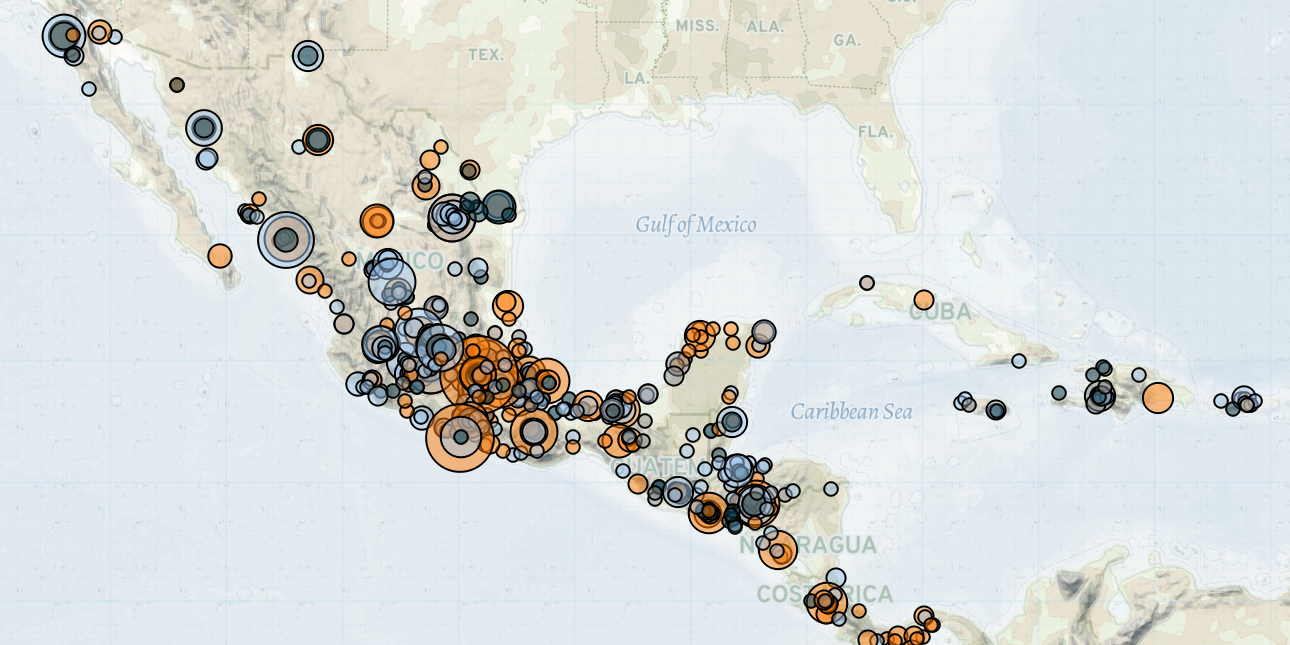 In Central America and the Caribbean, the number of recorded attacks against civilians, as well as demonstrations, substantially declined. The number of battles, however, only dropped slightly in comparison to previous weeks. Demonstrations stemming from responses to the coronavirus and measures associated with it were reported across the region.

While the press in Guatemala reported minimal disorder, an old land conflict in the Sololá department made headlines. The local chief of police and ten officers were detained by the community of Chirijox; meanwhile, inhabitants of the communities of Ixtahuacan and Nahuala exchanged gunfire, with no reported casualties. The clash is the most recent manifestation of a decades-old conflict originating from the claim of both municipalities to certain territories with access to forest and sources of water.

In response to a recent spike in violent crimes, the government of Belize declared a state of emergency in eight areas on the southside of Belize City. While the areas are under lockdown, police and military forces arrested around 80 suspected gang members during the first day of the security operations.

Meanwhile, demonstration events significantly decreased in comparison to weeks prior. Even though Mexico’s federal government has not announced national quarantines nor measures toward social distancing to prevent the spread of the coronavirus, different states have canceled school activities and closed tourist areas. In several cities, health workers protested demanding medical supplies and protocols to treat patients infected with the coronavirus. In Coahuila state, the owners and workers of at least 10 bars demonstrated against the closure of their businesses by the government in reaction to the virus. In addition, prisoners in Morelia state staged a protest rejecting the decision of canceling family visits to prevent the spread of coronavirus.

The pandemic also sparked protests in other Central American countries. In El Salvador, two protests took place over concerns about insufficient measures being taken to mitigate the spreading of the virus in judicial courts, which remain open and functioning.

In Panama, rioters built rudimentary roadblocks using rocks and branches to halt people living in Panama City from traveling to other regions and thereby spreading the virus to as yet unaffected areas.

In Costa Rica, for the second week in a row, family members of students staged a protest asking a school to suspend classes as the number of confirmed cases increases around the country.

In the Caribbean, while some island states have seemingly managed to prevent infections from happening by shutting down their borders completely to tourists, other countries in the region reported their first infections last week. In some instances, the spread of the coronavirus led to unrest. For example, in Haiti, a group of individuals armed with machetes attempted to lynch the country’s first confirmed case of the virus after finding out that the infected individual lived in their neighborhood in Nord-Est Department.

In Puerto Rico, a government-imposed curfew resulted in a drop in crime according to police.  Nevertheless, a number of gang-related shootings took place on the islands.

In Trinidad and Tobago, around 250 prisoners in the Tunapuna–Piarco region started a riot, beating and taking two prison guards captive, while other prisoners attempted to escape. The event was live-streamed from inside the prison and prisoners cited a number of reasons for the riot, including fears over dying from coronavirus while locked up.