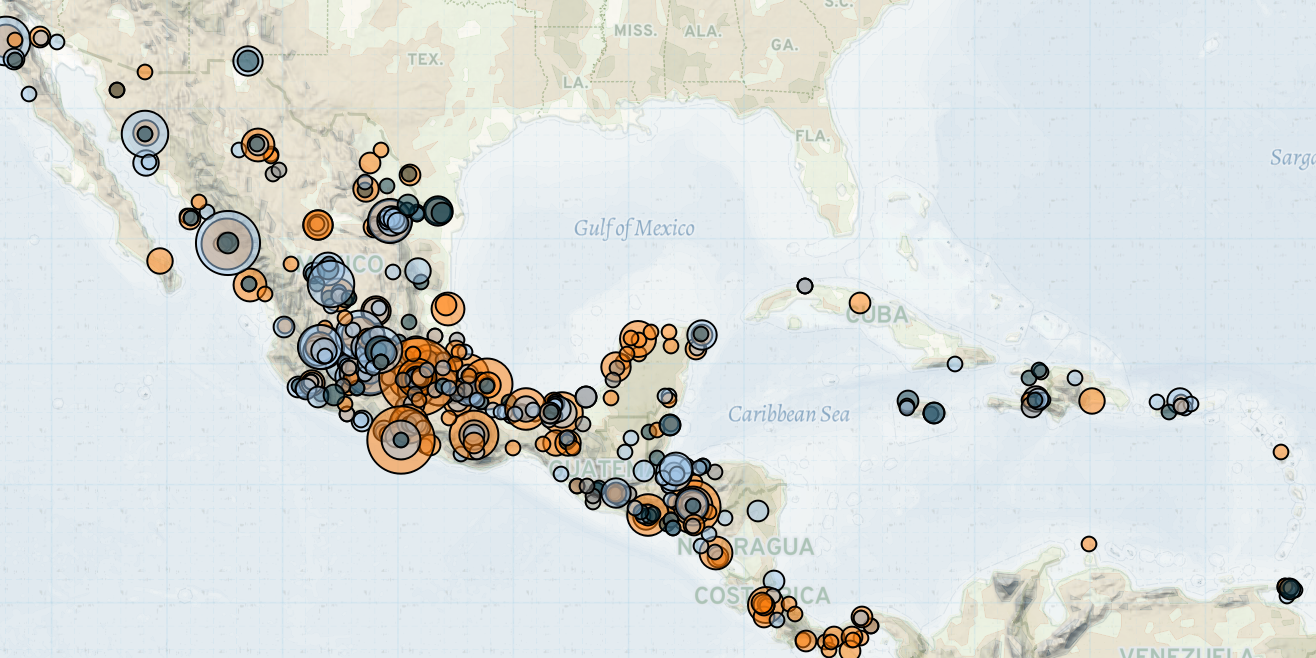 In Central America and the Caribbean, disorder and related fatalities continued to decrease last week. While the overall number of demonstration events remained low, concern over the spread of the coronavirus prompted demonstration activity across a number of countries.

Quarantines ordered by governments to limit the spread of coronavirus have had detrimental effects on livelihoods, triggering demonstrations around the region. In Honduras, demonstrators protested for the right to work and to demand the food ration promised by the government. Similarly, in Guatemala, bus drivers protested to be allowed to work or otherwise be considered as beneficiaries of economic support. In Mexico, the fear of financial problems and no monetary support from the government prompted protests by workers from diverse fields  — including the medical, tourism, commercial, and informal sector.

Many countries and territories in the Caribbean imposed measures to stem the spread of the virus, such as curfews or border closures. In some countries, this led to unrest. In Aruba, the imposed curfew includes journalists; after a journalist was arrested, handcuffed, and fined for breaking curfew, fellow journalists protested by disrupting a press conference given by the island’s Prime Minister. In Haiti, doctors in Port-au-Prince refused to take in any news patients and took to the streets in protest after a director of the hospital was kidnapped by unknown people. The country’s President urged the kidnappers to release the doctor,  calling him a “general” in the war against coronavirus (Le Nouvelliste, 27 March 2020). In Trinidad and Tobago, private security forces of San Fernando hospital clashed with several journalists who attempted to get footage of a viral tent at the hospital.

In Mexico, some labor activities and school classes were suspended due to the coronavirus; however, the federal government has not ordered a curfew (Milenio, 26 March 2020). While the number of demonstration events continued to be below average, the majority of protests were motivated by the government’s response to the pandemic. For the second week, health workers in 15 states continued to demand medical supplies and protocols to prevent the spread of the coronavirus. In a migration station in Chiapas state, migrants from Central America, Cuba, and Africa demanded to be able to return to their country of origin due to the crisis caused by the outbreak of the virus. The rioters burned mattresses, and several scuffles with National Guard officers were reported.

Meanwhile, battles between state forces and gangs continued at similar levels to the weeks prior. However, with presumably more people staying indoors during the coronavirus outbreak, violence targeting civilians decreased last week to the lowest number of reported events since the beginning of the year.

In Jamaica, gang disputes led to an increased number of incidents. Among others, the alleged leader of the Hugga Lane gang was shot and killed in Montego Bay.

In Nicaragua, violent attacks against indigenous groups motivated by land-grabbing continued. Last week six people from the Mayangna indigenous population living at the Tuakha territory were killed in two attacks, one day apart from each other. Human rights defenders attribute these attacks to settlers trying to seize lands that belong to indigenous communities, accusing President Ortega’s regime of complicity (Articulo 66, 22 March 2020). Just days prior to the attacks, the Inter-American Commission on Human Rights — in view of an increasing number of attacks against indigenous groups — urged Nicaragua to protect indigenous communities by promoting the titling of lands, as well as enforcing sanctioning measures against perpetrators of violence (IACHR, 23 March 2020).