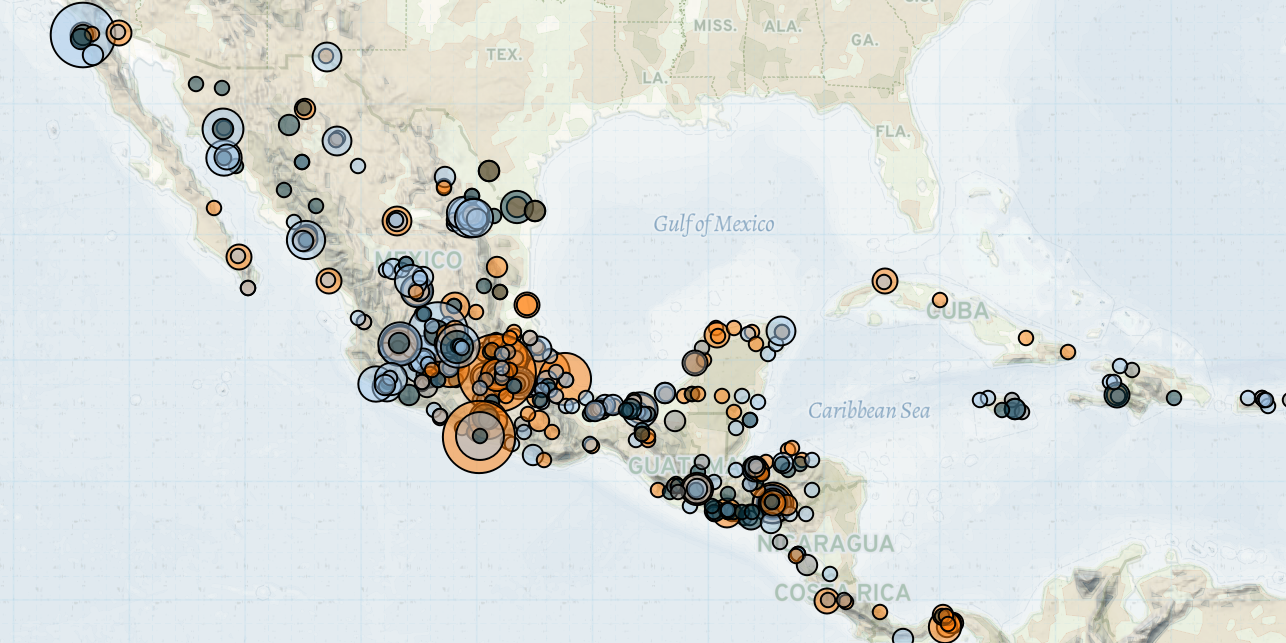 Last week, battles and violence targeting civilians increased in Central America and the Caribbean, along with the number of reported fatalities stemming from these events. Rising gang violence prompted several governments across the region to bolster security. As some states further expanded coronavirus-related restrictions, demonstrations over adverse effects of the lockdown policies continued.

The coronavirus crisis remains a key driver for demonstrations. Over 75% of all demonstration events recorded in the region last week were related to the pandemic. In Guatemala, Honduras, Mexico, and Panama, demonstrators demanded state subsidies to counteract the economic fallout from coronavirus-related restrictions, as well as the provision of basic necessities such as water and food. Several protests against the burial of coronavirus victims were reported in Guatemala and Honduras. In Mexico, health workers protested over the lack of adequate equipment to treat coronavirus patients. In Yucatan state, mistrust of the security forces managing checkpoints prompted residents to break the quarantine and take over a municipality building.

In some countries, police used force to impose coronavirus lockdown measures. In Sint Maarten, a person was beaten by a police officer for violating curfew. In Haiti, the police used teargas to disperse a protest against the closure of markets.

Over the past few weeks in Mexico, multiple gangs have begun handing out care packages to communities dealing with the pandemic. Members of the Jalisco New Generation Cartel (CJNG), Los Viagras, Familia Michoacana Cartel, and the Cartel del Noreste, among others, delivered financial aid and food boxes to families and imposed parallel curfews. Meanwhile, Los Chapitos, a cell of the Sinaloa Cartel, punished people found to be violating quarantine measures. Although some gangs have suspended their criminal activities to support the local population during the coronavirus pandemic, clashes and roadblocks continue to be reported.  Battles among gangs, and between gangs and state forces, as well as violence targeting civilians, increased last week in Mexico compared to weeks prior. The dispute between Los Viagras and the CJNG over the control of the Tierra Caliente continued and armed groups set up roadblocks at 11 points between the Michoacán and Guerrero states. In the Gambara municipality in Michoacán, the local population supported roadblocks aimed at preventing the intervention of state forces. For more on the impact of the coronavirus on violence involving Mexican cartels, see this recent spotlight piece from ACLED’s COVID-19 Disorder Tracker (CDT), as well as our new resources page and interactive dashboard.

Security was boosted in Trinidad and Tobago ahead of an expected surge in gang violence following the killing of two gang members involved in weapons trafficking. In El Salvador, the president declared a state of emergency in penitentiary centers after a spike in violent deaths reported last week, culminating in 24 homicides in one day (La Prensa Grafica, 26 April 2020). In Haiti, in response to recent intense gang activity at the southern entrance to Port-au-Prince, particularly in Village de Dieu, the justice minister Lucmanne Delile announced that local residents had 72 hours to leave the area. The announcement suggests that the government plans to launch a major operation against the gangs. Following the power vacuum left by the arrest of Arnel Joseph, leader of Village de Dieu, in July 2019, Grand-Ravine and Baz Pilate have been fighting over the reinstatement of a new leader of the territory (Loop, 19 June 2019).

Meanwhile, gang members signed a peace agreement in Belize as a result of police-led mediation in a Belize City prison. The gang members involved in the agreement were released from prison, where they were detained as part of a state of emergency launched by the government last month (Amandala, 22 April 2020). The peace process began after a dramatic increase in gang violence during the first week of March.

In Puerto Rico, the burned bodies of two transgender women were found in a car in a remote part of the island. The Comprehensive Committee for the Search for Equality (CABE) – a Puerto Rico-based umbrella group fighting for LGBT equality – asked that investigators treat the murders as a hate crime. According to CABE, in the past 15 months, there have been eight killings of LGBT individuals in Puerto Rico (El Vocero, 23 April 2020).