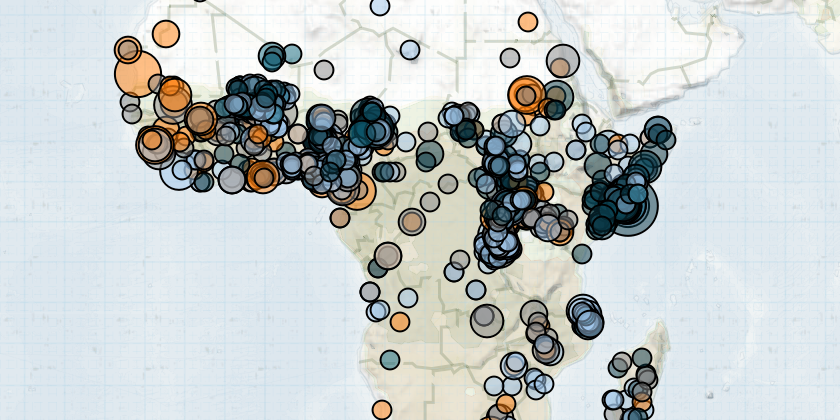 In Africa last week, armed groups carried out attacks in the Democratic Republic of Congo and the Central African Republic despite previous calls for ceasefires; Boko Haram suffered significant losses as Nigerian and Nigerien forces launched operations across both countries; and demonstration levels continued to rise in northern Africa.

Demonstration activity continues to rise in Tunisia, with levels now higher than before the outbreak of the coronavirus pandemic. Labor groups have been at the forefront, demanding greater government assistance in the face of ongoing economic hardship. The demonstrations came as the government continued to relax coronavirus restrictions during the week, reducing curfew hours (Al Jazeera, 13 May 2020). Similar protest activity occurred in Morocco.

In Algeria, the arrest of leading Hirak activists prompted further demonstration activity. The anti-government Hirak protest movement held weekly demonstrations for more than a year until the beginning of March, when the coronavirus pandemic brought them to a halt. The Algerian government has been accused of exploiting coronavirus restrictions to suppress political dissent (Amnesty, 27 August 2020).

In the Democratic Republic of Congo (DRC), Cooperative for Development of Congo (CODECO) fighters carried out attacks on several villages in Ituri’s Djugu and Mahagi territories, displacing local populations. Demonstration activity was reported in response to the attacks in Mahagi territory. The attacks came despite calls by CODECO leadership for a ceasefire during the previous week (Reuters, 4 May 2020). Allied Democratic Forces (ADF) militants also made a deadly incursion into Ituri amid sustained attacks on villages in the border region of neighbouring North Kivu.

In the Central African Republic, Return, Reclamation and Rehabilitation (3R) fighters staged raids on villages in Ouham, Ouham Pende and Nana-Mambere prefectures, disarming gendarmes stationed in the area, robbing locals and stealing livestock. A woman was also abducted during one of the raids. The raids came despite the group releasing a statement in April calling for a ceasefire (Centre for Humanitarian Dialogue, 22 April 2020). 3R had been largely inactive since mid-last year.

Meanwhile, the Popular Front for the Rebirth of the Central African Republic (RPRC) and the Popular Front for the Renaissance of Central Africa (FPRC) clashed at Ndele, the capital of Bamingui-Bangoran prefecture. The latest clash follows heavy violence at the end of April, which left dozens dead, amid ongoing ethnic tension between rival ex-Seleka groups. The violence prompted state forces to establish a base in the area, marking the first time that the military has had a presence in the region for eight years (Corbeau News, 13 May 2020).

In Niger, state forces increased operations against Boko Haram in the Diffa region. Dozens of militants were reportedly killed during operations targeting the village of Gogone and the island of Tumbun Fulani. Nigerien forces also launched a raid across the border into Nigeria’s Borno state as part of the Multinational Joint Task Force (MNJTF). Several clashes were also reported between Nigerian state forces and Boko Haram in Borno state.

Finally, dozens of Islamist fighters were killed as military forces carried out targeted anti-insurgency operations in the districts of Mocimboa Da Praia and Quissanga in Mozambique’s Cabo Delgado province. The operations come amid an ongoing escalation of militant activity in the region. Militants staged more than a dozen attacks on villages across Mocimboa Da Praia, Nangade, and Muidumbe districts. For more information on the conflict in Mozambique, see our new Cabo Ligado project.