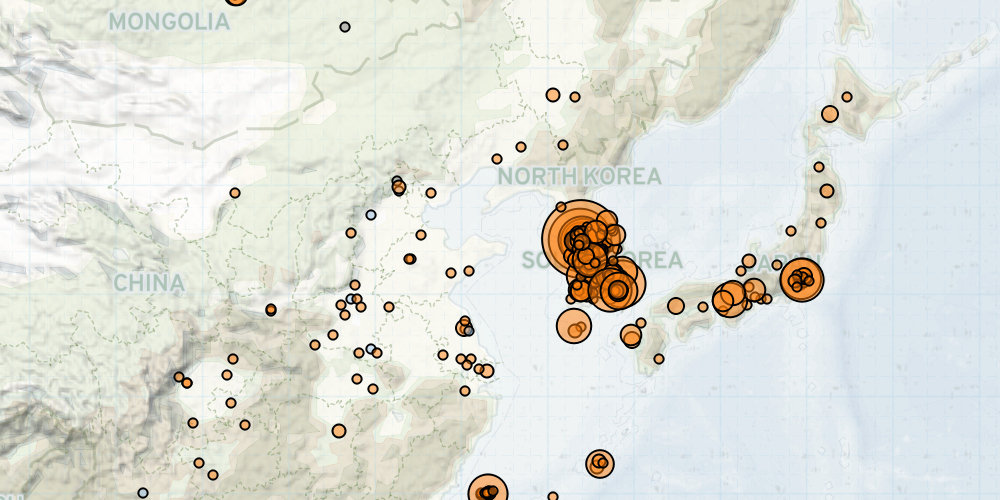 Last week in East Asia, the passing of the Hong Kong security law was the most significant development, spurring opposition protests in Hong Kong, Japan, and South Korea. Other protests in the region focused on the coronavirus pandemic, forced demolitions in China, labor issues in South Korea, and political divisions in Taiwan and Mongolia.

In Hong Kong, the national security law came into effect on 1 July. Under this new law, acts of secession, subversion, terrorism, or collusion with foreign forces carry a minimum term of 10 years imprisonment, with a maximum of life for serious cases. Details of the law were only revealed hours after it had been passed by the National People’s Congress Standing Committee on 30 June (HKFP, 30 June 2020).

Shortly after the law passed, the founding members of the leading pro-democracy group, Demosisto, announced their resignations and disbanded the organization. Nathan Law, the former chairperson of Demosisto, later announced on 3 July that he had left Hong Kong for an undisclosed location (South China Morning Post, 3 July 2020). In addition, pro-independence groups, including Studentlocalism, the Hong Kong Independence Union, and the Hong Kong National Front announced on the same day that they would cease their operations and would continue their work from overseas offices (South China Morning Post, 30 June 2020). On 1 July, pro-democracy demonstrators staged a rally to oppose the newly-enacted law, despite the police’s rejection of the application to hold the annual rally marking the date of the handover of Hong Kong. A total of 370 people were arrested, including 10 arrests made under the national security law (CNN, 2 July 2020). Following this event, no further demonstrations were held by pro-democracy groups during the rest of the week in Hong Kong. In Japan and South Korea, people opposing the Hong Kong security law protested in the capital cities.

Meanwhile, protests focusing on the coronavirus pandemic continued in Mongolia, South Korea, and Japan. In Mongolia, people continued to demand the return of Mongolian citizens stranded abroad due to the border lockdown. In South Korea, students continued to protest, demanding the refund of tuition fees due to poor lecture quality amid the pandemic. Notably, the Korean Confederation of Trade Unions (KCTU) was planning to hold a massive rally with an expected 100,000 protesters on 4 July in Seoul (The Korea Herald, 25 June 2020), yet the Seoul Metropolitan City banned the gathering due to coronavirus fears. In response, various civic groups and the KCTU condemned the government for suppressing freedom of speech. In Japan, people continued to demand better measures by  the government to prevent the spread of the virus and to protect those already affected by the virus.

In China, a major demonstration broke out in Changping District, Beijing, where 100 to 200 villagers clashed with riot police and private security personnel while preventing the forced demolition of their village. The village is considered “illegal” by the authorities. (RFA, 29 June 2020). Villagers lined up at the entry point into their village, throwing rocks and spraying fire extinguishers in an attempt to block security officers. Police and private security personnel fired pepper spray and beat up demonstrators, leaving many injured and bleeding. This event represents an unusual level of violence for such a dispute in China.

In South Korea, parallel to the convening of the Minimum Wage Council held on 1 July, KCTU staged multiple protests in Seoul, Ulsan, Chuncheon, Gwangju, Busan, and Jeonju, urging the government to increase minimum wages. The debate over minimum wage comes amid a growing disagreement between labor groups and business leaders on the impact of the coronavirus pandemic on the Korean economy and the measures needed to mitigate the effects.

In Mongolia, around 450 people demanded the release of former Prime Minister Erdenebat, who had been imprisoned for abuse of power on 16 June. Although imprisoned, the former Prime Minister won a seat in parliament during the elections on 24 June (News.mn, 3 July 2020). The arrest of candidates is believed to be politically motivated, and has never occurred during an election campaign before, putting Mongolian democracy under further scrutiny by critics (East Asia Forum, 22 June 2020; Bloomberg, 23 June 2020).

In Taiwan, around 200 people gathered at Legislative Yuan to support 20 lawmakers from the opposition Kuomintang (KMT) party. The lawmakers occupied the assembly room of the legislative building in an attempt to stop the nomination of a Democratic Progressive Party member as the Control Yuan president (New Bloom Magazine, 29 June 2020). The event comes amid renewed efforts by the KMT party to regain popular support in Taiwan.