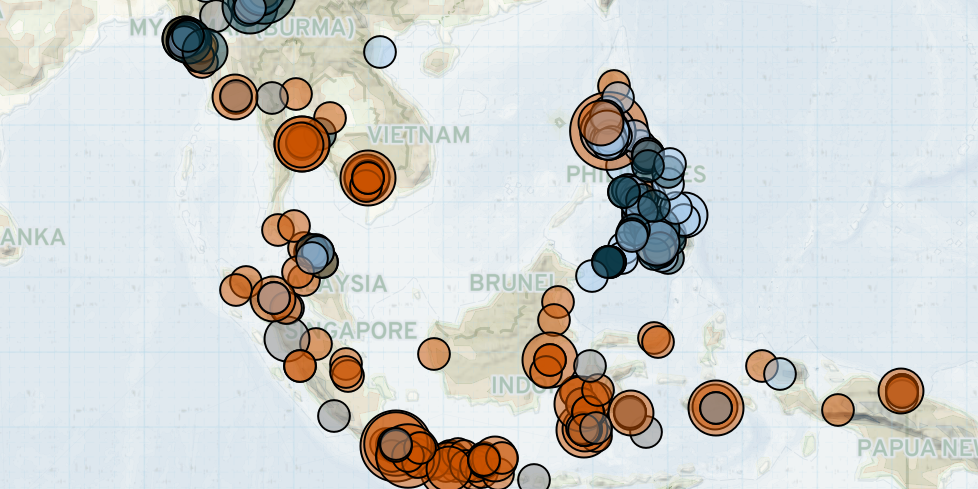 Last week in Southeast Asia, key developments include: civilian casualties in Myanmar; clashes between state forces and communist and Islamist rebels in the Philippines; protests over legislative decisions in both the Philippines and Indonesia; and protests in Cambodia to commemorate the anniversary of the death of a political activist.

After weeks of continuous fighting between state forces and ethnic armed organizations in Myanmar, the number of reported clashes declined last week. Civilian casualties stemming from various conflicts were still reported in Rakhine and Shan state. Two civilians were injured by stray bullets from clashes between the military and the United League of Arakan/Arakan Army (ULA/AA) in Rakhine state. Additionally, one man died in Rakhine state while seven people were injured in northern Shan state by explosives leftover from fighting. Last week, thousands took to the streets in Shan state to demand action against the military and justice for civilians injured in clashes between the military and Restoration Council of Shan State/Shan State Army-South (RCSS/SSA-S) last month.

In the Philippines, communist and Islamist armed groups continued to clash with state forces. Initial reports claimed that clashes with Abu Sayyaf in Patikul, Sulu led to the death of the new Islamic State leader in Southeast Asia. However, later reports revealed that he survived the battle, but was severely injured (Arab News, 11 July 2020). In Mindanao, a police-manned coronavirus quarantine checkpoint was attacked by the communist New People’s Army (NPA). A similar attack by unidentified assailants took place in Mindanao the previous week.

Meanwhile, demonstrations over legislative decisions continued in the Philippines and Indonesia last week. A handful of protest events took place in the Philippines in the lead up to and following the congressional decision to deny the media network ABS-CBN’s application for a new franchise. The network, which has been critical of President Duterte, was shut down on 5 May 2020 after its license expired (Rappler, 5 May 2020). Protests also continued against the Anti-Terrorism Act which was signed into law the previous week; critics fear that the law’s overly broad definition of terrorism will be used to criminalize dissent and exacerbate red-tagging in the country (Rappler, 3 July 2020). Both these legislative decisions are viewed as part of the government’s ongoing efforts to stifle freedom of expression in the country.

In Indonesia, protests continued last week against the Pancasila Ideology Guidelines bill, which is perceived as lacking a strong enough stance against communism. Additionally, people also demonstrated against two other controversial bills that were passed into law in recent months, while coronavirus restrictions were still strictly implemented–meaning that demonstrations against the bills were thwarted. These bills include the omnibus bill on job creation and the bill to amend the 2009 Coal and Mineral Mining Law. Various groups, especially environmental and indeginous groups, have strongly condemned both pieces of legislation due to the deregulatory measures they introduce, which prioritize business interests over environmental, labor, and indeginous rights (Mongabay, 6 April 2020).

Finally, police disrupted protests commemorating the fourth anniversary of the murder of Kem Ley, a prominant political activist, in Cambodia. The dispersion of these demonstrations are considered to be yet another example of the ongoing repression of freedom of assembly and expression in the country.

Fiona Wong is a Methodology Coordinator at ACLED. She holds an MA in Human Rights and Democratisation, and her past research includes work with public policy think tanks and international human rights organizations. Fiona has also worked with human rights defenders across Asia and the Pacific.
15 July 2020
Share
TweetShare on Twitter Share on FacebookShare on Facebook Share on LinkedInShare on LinkedIn