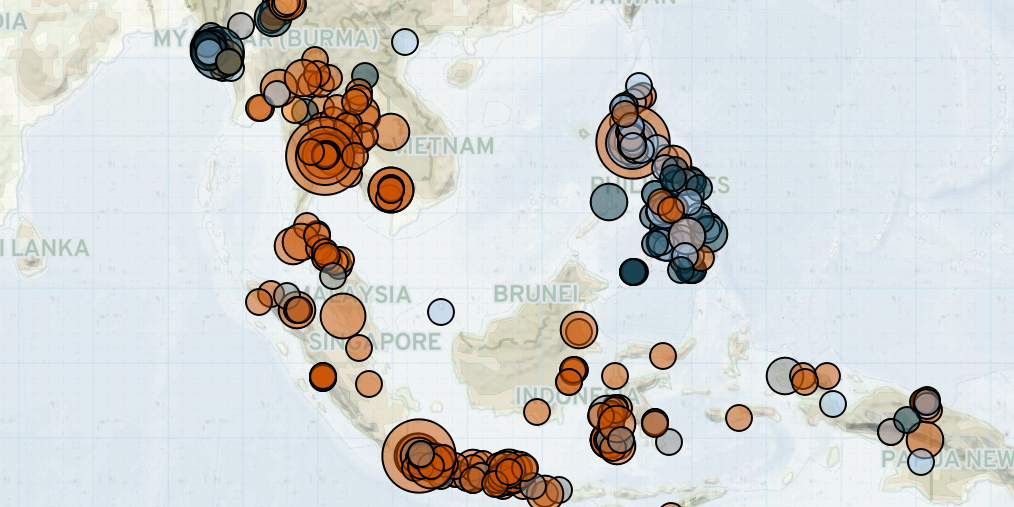 Last week in Southeast Asia, clashes between the military and Rakhine rebels continued in Myanmar. Fighting between state forces and communist insurgents also persisted across the Philippines alongside an uptick in clashes between state forces and Islamist rebels. Meanwhile, protests across the region centered around: opposition to the government in the Philippines and Thailand; support for the former Prime Minister of Malaysia; and demands for a referendum on Papuan independence in Indonesia.

In Myanmar last week, fighting between the military and the United League of Arakan/Arakan Army (ULA/AA) was concentrated in the northern part of Rakhine state. The ongoing fighting comes as the Myanmar government reportedly ended the internet shutdown imposed since June 2019 in several townships in Rakhine and Chin states; however, locals report that they still are unable to access the internet (The Irrawaddy, 5 August 2020). Landmine explosions were also particularly deadly last week, with at least six civilians killed in five explosions in Rakhine and Shan states.

Meanwhile, in Kayin state, thousands protested following the murder of a Kayin woman by two Myanmar military soldiers earlier in July. The protesters called for the military to withdraw its troops from Hpapun district, an area partially controlled by the Karen National Union/Karen National Liberation Army (KNU/KNLA) (Radio Free Asia, 27 July 2020). As the government prepares to convene the fourth session of the Union Peace Conference in August with ethnic armed groups that have signed the Nationwide Ceasefire Agreement (NCA), including the KNU/KNLA, tensions over troop deployments and disputed territory will be a key issue of contention (Myanmar Times, 4 August 2020).

After two weeks with almost no reported fighting between Islamist groups and state forces in the Philippines, several deadly clashes between state forces and Dawlah Islamiyah, Abu Sayyaf Group (ASG), and Bangsamoro Islamic Freedom Fighters (BIFF) were reported last week. As well, the communist New People’s Army (NPA) continued to clash with state forces across the country. In light of the ongoing fighting with the NPA amid the coronavirus pandemic, President Duterte has offered vaccinations to members of the NPA once available on the condition that the rebels lay down their arms from now until December (ABS-CBN, 31 July 2020). Meanwhile, on 27 July, multiple demonstrations against the Duterte administration were held across the country as the president delivered the annual State of the Nation Address. Protesters were dissatisfied with the government’s response to the coronavirus pandemic, the passing of the Anti-Terrorism Act of 2020, and the denial of ABS-CBN’s franchise renewal.

Student-led anti-government demonstrations have been reported in Thailand almost daily over the past two weeks. The three core demands of the demonstrations — dissolution of the parliament, ending the harassment of critics, and constitutional reform — were first declared by the student-led coalition Free Youth during a mass demonstration on 18 July. Notably, a counter-protest, with hundreds of pro-establishment participants, was also held in Bangkok last week (Bangkok Post, 30 July 2020). This is the first such rally since the latest wave of anti-government protests and likely signals more counter-demonstrations to come, raising concerns that confrontations with the anti-government demonstrators could break out (Reuters, 30 July 2020). The growing momentum of the youth movement reflects the younger generation’s dissatisfaction with last year’s election, which was further stoked by the dissolution of the Future Forward Party, the leading opposition party hugely popular among young Thais.

In Malaysia, thousands of supporters of former Prime Minister Najib Razak gathered outside a courthouse in Kuala Lumpur to express their support for him as he received a 12-year prison sentence after being found guilty in a case related to the multibillion-dollar 1MDB corruption scandal (Free Malaysia Today, 28 July 2020). The sentencing of former Prime Minister Najib Razak is widely considered a pivotal event not only for Malaysia’s fight against corruption, but also for Southeast Asian politics more broadly. It is the first time that a former Malaysian head of state has been convicted of a crime, and one of very few times that a former high-ranking official in Southeast Asia has been held accountable in a court of law (CNBC, 29 July 2020).