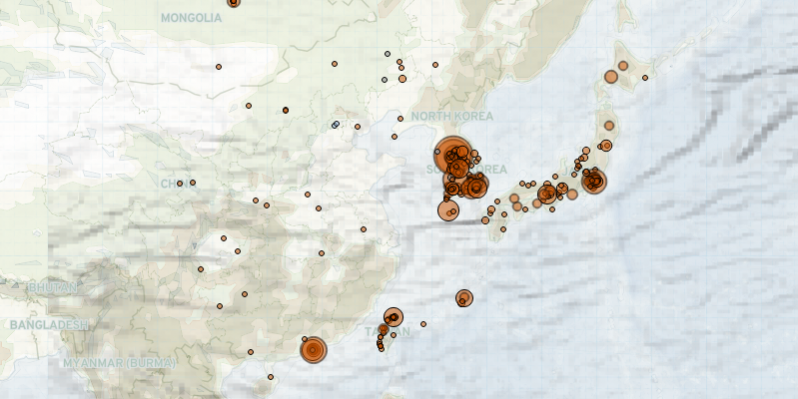 Last week in East Asia, in an unexpected turn of events, North Korean forces killed a South Korean official in DPRK waters. Meanwhile, in Hong Kong, representatives from the event management, tourism, and aviation industries held protests calling for greater support from the government against the consequences of the pandemic, while a prominent social activist was arrested. In Japan, a group associated with the Black Lives Matter movement organized a protest in Tokyo against Japan’s immigration system over human rights infringements. In South Korea and Japan, students held rallies to mark the Global Day of Climate Action.

In North Korea, soldiers allegedly shot dead and then burned the body of a South Korean Fisheries official who had been found in DPRK waters (Al Jazeera, 24 September 2020). The man was thought to be defecting to North Korea, but his intentions remain unconfirmed. The incident was likely the result of North Korea’s “shoot-to-kill” orders in its border areas, which were introduced by the regime to prevent the spread of the coronavirus into its territory. North Korea sent a rare apology to the South for what they described as a mistake, but denied that the official’s body was burned (The Korean Herald, 25 September 2020). This event is unusual as it involved a South Korean official, and defections among officials to the North are nearly unheard of.

In Hong Kong, the majority of protests focused on coronavirus-related issues, as industry representatives called for greater financial support from the government. After passage of the National Security Law, which outlaws protest slogans popularized during the anti-extradition bill movement, participation in the pro-democracy “Lunch with You” rallies have dwindled over the last few months. Still, protesters have found creative ways to continue expressing their support for the pro-democracy movement. They held a silent sit-in protest on 25 September, reading their copies of Apple Daily — a popular newspaper with a strong anti-establishment stance — to call for press freedom. Additionally, protesters have limited their gatherings to groups of four to comply with the current coronavirus social restrictions (HKFP, 11 September 2020).

On 24 September, a prominent social activist, Joshua Wong, was arrested for allegedly participating in an unauthorized assembly last October and violating the anti-mask ban, enacted in October last year to ban any face covering that prevents identification in public assemblies and marches (SCMP, 25 September 2020). The activist alleged that the timing of his arrest was politically motivated to dissuade pro-democracy supporters from holding the annual National Day rally on 1 October. The application to hold this year’s rally has since been rejected by the authorities, who cited coronavirus public gathering restrictions and the threat of “violent acts” for their decision (HKFP, 25 September 2020).

In Japan, demonstrators supporting the Black Lives Matter (BLM) movement co-organized a protest held in front of the Tokyo Immigration Bureau over Japan’s restrictive immigration and refugee policies, which they argue infringe on human rights. This is the first protest organized by the group in weeks; initial protests in support of the BLM movement in the US took place earlier in the year following the death of George Floyd. Although protests in front of the Immigration Bureau over human rights issues are not uncommon, this is the first time BLM associates joined the protest and encouraged the participation of foreign residents. This suggests that the group could remain a key part of the country’s anti-establishment community and may signal an increase in protest activity among Japan’s foreign residents.

Separately, there was an uptick in the number of protests held on environmental issues in Japan. As part of the “Global Day of Climate Action” on 25 September, nationwide protests against global warming were organized by students and youths associated with the worldwide movement Fridays For Future. The Fridays For Future (FFF) movement was started in 2018 by students who endorsed the weekly protests by Swedish environmental activist and student, Greta Thunberg.

Likewise, in South Korea, on the occasion of the Global Day of Climate Action, climate change activists rallied in major cities. They urged central and local governments to actively respond to the climate crisis by setting up a task force to formulate specific plans to cope with the “climate emergency” (Yonhap News Agency, 25 September 2020). Separately, a group of environmental activists protested in Incheon, asking Korean financial institutions to suspend investing in coal-based power generation facilities (Kiho Ilbo, 21 September 2020). These developments follow a series of protests staged in July and August demanding state-run organizations and big conglomerates, such as Samsung, to withdraw overseas coal investment.