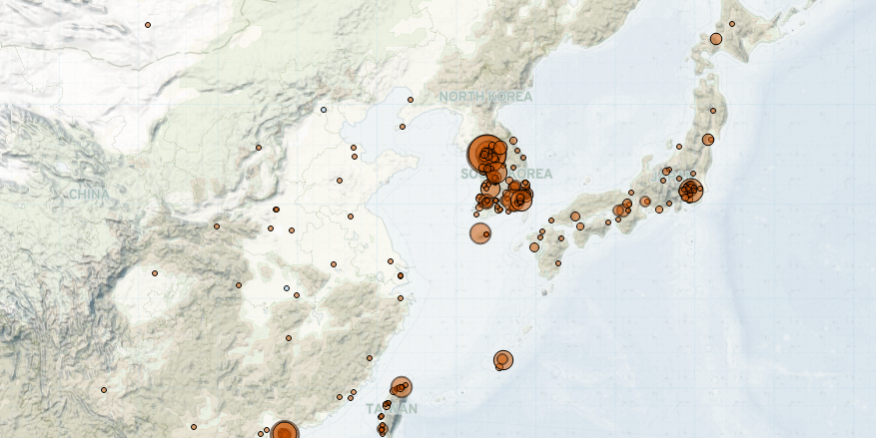 Last week in East Asia, there was an increase in protests held by pro-establishment groups in Hong Kong. Protests centered around support for the decision to revoke the qualification of a teacher who allegedly promoted independence, which the pro-establishment camp opposed. North Korea unveiled a new weapon at the 75th anniversary of the ruling party and, for the first time since 2016, Kim Jong Un promoted two officials to the country’s highest military rank of Marshal. In Japan, protests were held for the second week in a row against Prime Minister Suga’s controversial decision to refuse the appointment of six candidates to the Science Council of Japan. Separately, in Japan, members and supporters of the LGBT community demonstrated against a Liberal Democratic Party lawmaker over comments perceived as discriminatory against the community. In South Korea, pro-life and pro-choice supporters protested over the government’s plan to legalize abortion. In Taiwan, ahead of the newly-elected Kaohsiung City mayor’s first policy address, protesters held a record number of simultaneous demonstrations to call attention to their demands.

In Hong Kong, the majority of events recorded last week were protests held by pro-establishment groups and lawmakers. They protested against the perceived leniency in the rulings on cases involving anti-extradition bill demonstrators. They likewise denounced a pro-democracy lawmaker for allegedly humiliating police officers on social media. Pro-establishment protesters also expressed support for the Education Bureau’s decision to strip a teacher of his professional qualification after he purportedly promoted independence in his classroom content. This unprecedented decision by the bureau has sparked intense debates in the city as authorities continue to review the curriculum used in classrooms for potential breaches of the National Security Law (SCMP, 8 October 2020).

Meanwhile, Starry Lee, the chairperson of the largest pro-establishment political party, the Democratic Alliance for the Betterment and Progress of Hong Kong (DAB), was re-elected as the chair of the House Committee of the Legislative Council on 9 October (Hong Kong Free Press, 10 October 2020). The House Committee is in charge of the legislative agenda and also has the power to establish committees to scrutinize bills. Following the postponement of the elections originally scheduled for September this year, the current term of the Legislative Council has been extended by a year. The extended term has since caused a rift among pro-democracy lawmakers regarding the constitutionality of the extension. Two incumbent pro-democracy members opted to leave their positions at the end of the term (Hong Kong Free Press, 28 September 2020). While the pro-democracy camp had hoped to capitalize on anti-government sentiments to secure a majority in the Legislative Council, the term extensions and re-election of Starry Lee has instead guaranteed that the pro-establishment camp will retain control. With the pro-establishment camp firmly in control of the legislative agenda, there may be a greater push to pass bills that will see further erosion of the city’s freedoms.

In North Korea, a major military parade was held in Pyongyang to celebrate the 75th anniversary of the founding of the ruling party. Likely intended to improve morale and project military strength during a global crisis, the parade showcased a new intercontinental ballistic missile (ICBM) and other weapons. It is believed that the new ICBM may be the largest road-mobile, liquid-fuelled ICBM to have ever been built by any country (VOA, 10 October 2020). This event marks an expected change from the last military parade held in September 2019 during peace talks, when North Korea did not display any nuclear-capable missiles.

In Japan, Prime Minister Yoshihide Suga’s decision to reject the appointment of six out of 105 candidates nominated to the Science Council of Japan continued to fuel unrest. Around 700 people protested on 6 October in front of the Prime Minister’s Office, demanding the withdrawal of the decision (Kyodo News, 6 October 2020). As the six rejected scholars had previously spoken publicly against former Prime Minister Abe and the government’s national security laws (Japan Times, 9 October 2020), Suga’s decision is seen as suppressing freedom of speech.

In South Korea, on 7 October, the government announced its plan to implement a law legalizing unconditional abortion up to 14 weeks into pregnancy and for social or economic reasons up to 24 weeks into pregnancy. The plan follows the Constitutional Court’s April 2019 decision that ruled the criminalization of abortion was unconstitutional and compelled the government to revise the law by the end of 2020. In response to the court ruling, the Criminal Act and the Mother and Child Act will be revised by the government to make abortion legal. Both pro-life and pro-choice groups held protests to oppose the amendments to the acts (The Kyunghyang Shinmun, 8 October 2020). While pro-life groups, mainly consisting of religious organizations, demanded that the criminality of abortion should be maintained at any stage and under any circumstance, pro-choice groups called for the complete abolition of the abortion ban. Such demonstrations are similar to the protests seen following the April 2019 court ruling – which also fueled divisions in society between pro-life and pro-choice groups.

Finally, in Taiwan, protesters held four distinct demonstrations — on the same day, in the same location, but with distinct groups of demonstrators advocating for distinct demands. These demonstrations took place ahead of the first policy address by the newly-elected mayor of Kaohsiung City, as hundreds of people gathered to call on the city government to address their demands (Liberty Times, 7 October 2020). The distinct protests were around alleged violations of workers’ rights at Taiwan’s largest steel company, imports of pork containing ractopamine from the United States, a Kaohsiung city official accused of cronyism, and depressed prices for bananas due to a decline in export business. In one protest, supporters of the ousted former Kaohsiung mayor from the Kuomintang party staged a demonstration against the import of pork containing ractopamine from the United States. The decision to ease restrictions on US pork imports has been a pressing issue in Taiwan for months. In another protest, demonstrators called for the government to investigate a Kuomintang party official who allegedly violated the conflict of interest law. The new Democratic Progressive Party (DPP) mayor won the by-election by a landslide after the former Kuomintang mayor became the first elected politician to be recalled in Taiwan’s history, for allegedly abandoning his duties to run for President. This claim is disputed by the former mayor as a “smear campaign” against him by the DPP. These events highlight the deepening polarization in Taiwan’s internal politics, represented by the two opposing political parties.