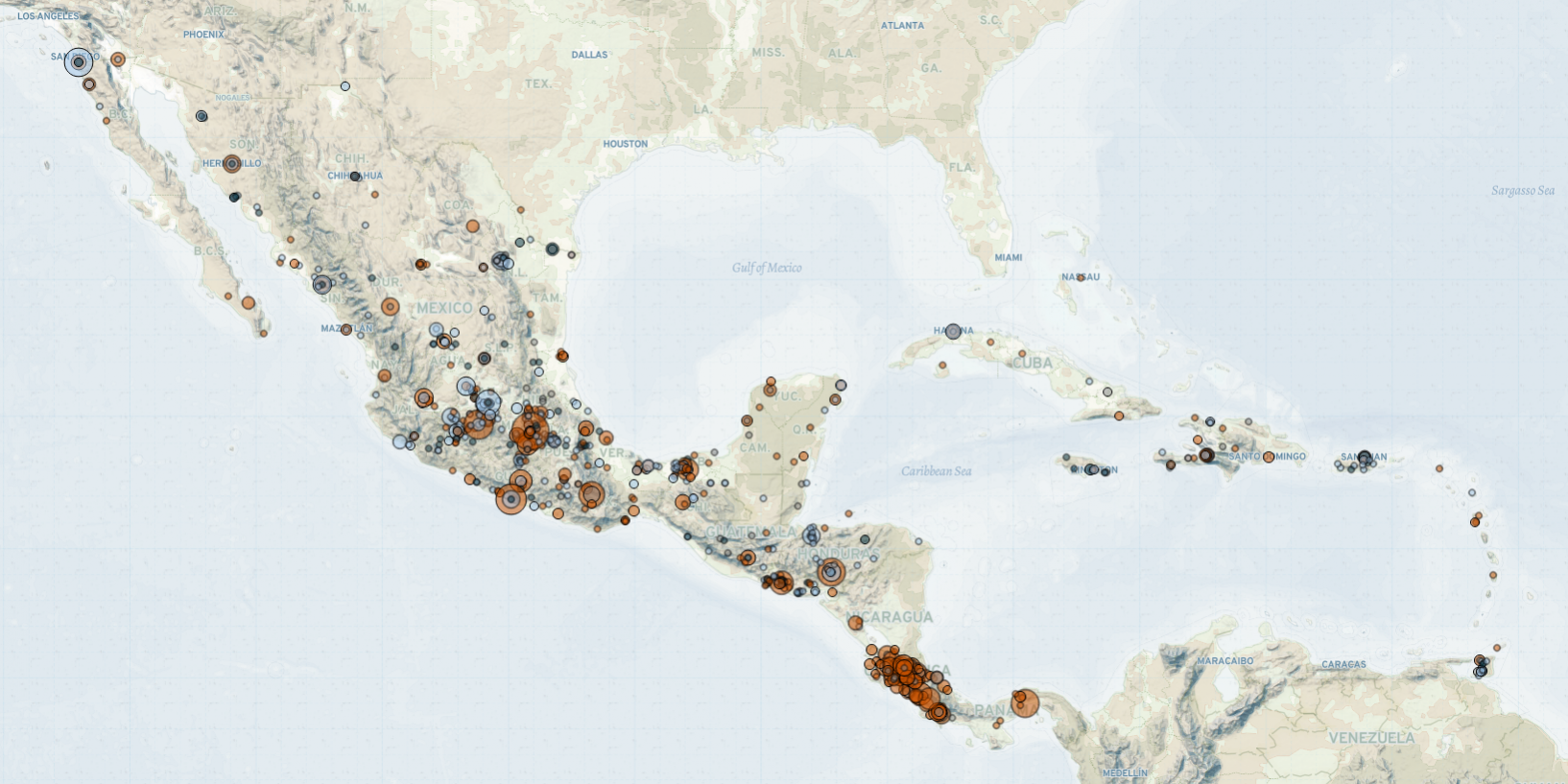 Last week in Mexico, Central America, and the Caribbean region, demonstrations against the negotiation of a deal between Costa Rica and the International Monetary Fund (IMF) continued to decrease. Costa Rican political parties and social movement representatives agreed to participate in a government-led dialogue and suspended mobilization. In Haiti, high school students demonstrated against the content of their graduation exam, which they feel has not been adapted to the teaching they received. Waves of demonstrations and coronavirus measures have impacted the quality and quantity of school programs in the country. In Mexico, following the landslide victory of the Institutional Revolutionary Party (PRI) in the municipal elections in Hidalgo, supporters of opposition parties demonstrated. Demonstrators burned electoral materials to contest the election results amid claims of electoral fraud. Meanwhile, in Belize, supporters of the two leading political parties, the United Democratic Party (UDP) and the People’s United Party (PUP), clashed during political rallies ahead of the November 2020 general elections.

In Costa Rica, demonstrations against negotiations over a $1.75 billion loan between the government and the IMF took place for the fourth week in a row, though significantly decreased. The current wave of demonstrations was sparked by a government proposal to implement new austerity measures, including a tax raise, in order to cope with the coronavirus economic downturn. Several violent demonstrations and roadblocks were reported in the Puntarenas and Sarapiqui regions. In Barranca, demonstrators clashed with a group of fishermen who tried to pass-through a roadblock while on their way to another demonstration. The incident escalated and left 100 police officers, who tried to mediate between the two groups of demonstrators, injured.  Similarly, in the region of Sarapiqui, around 30 demonstrators set up flaming barricades; the police later seized Molotov cocktails. In order to end several weeks of demonstrations, the government called for a national dialogue to discuss alternative solutions to the economic crisis. On 23 October, opposition parties and civil society representatives agreed to join discussions, paused their mobilization efforts, and called for peaceful demonstrations (Nodal, 23 October 2020; El Pais.cr, 22 October 2020).

In Haiti, students demonstrated in Miragoâne and Petit-Goâve against the content of their baccalaureate high school final exam. Students claimed that the exam was not adapted to the teaching received throughout the school year. High school classes have been disrupted on several occasions by waves of demonstrations over living conditions and against corruption stemming from the so-called Peyi Lock (country lockdown). In addition, sanitary measures against the coronavirus, and the teachers’ strike in September to improve labor conditions, have further led to the discontinuation of school children’s education.

In Mexico, unrest was registered in several polling stations after the announcement of the municipal election results in the state of Hidalgo. In a landslide victory, the PRI won representation in 32 out of the 84 municipalities of the state of Hidalgo, where the PRI has had historical support (La Jornada, 19 October 2020). The PRI held the Presidency of Mexico between 2012 and 2018 before losing to Andrés Manuel Lopez Obrador’s National Regeneration Movement (MORENA) party in 2018. Residents affiliated with opposition parties claimed there had been electoral fraud and proceeded to burn electoral ballot boxes in Metzquititlan, Tepeji del Rio de Ocampo, and Zacualtipan. In Xochiatipan, demonstrators attacked electoral staff, and, in Pacula, they burned down a voting booth. Allegedly, police forces and PRI supporters had detained members of the MORENA party on the day of the elections (La Jornada, 18 October 2020). While the PRI party has been accused of electoral fraud in the past, some claim that the MORENA party has repeatedly claimed electoral fraud as part of a strategy to win additional constituencies after the election date (El Pais, 19 October 2020).

Lastly, in Belize, the upcoming general election on 11 November fueled some tension in the Red Bank Village. A motorcade rally organized by supporters of the UDP turned into a clash with supporters of the PUP, the second leading political force in the country. Clashes with machetes and guns were reported between the supporters during political rallies that coincided. The elections come as Prime Minister Dean Barrow, affiliated with the UDP, steps down upon completing his third mandate in office (Caricom Today, 8 October 2020).