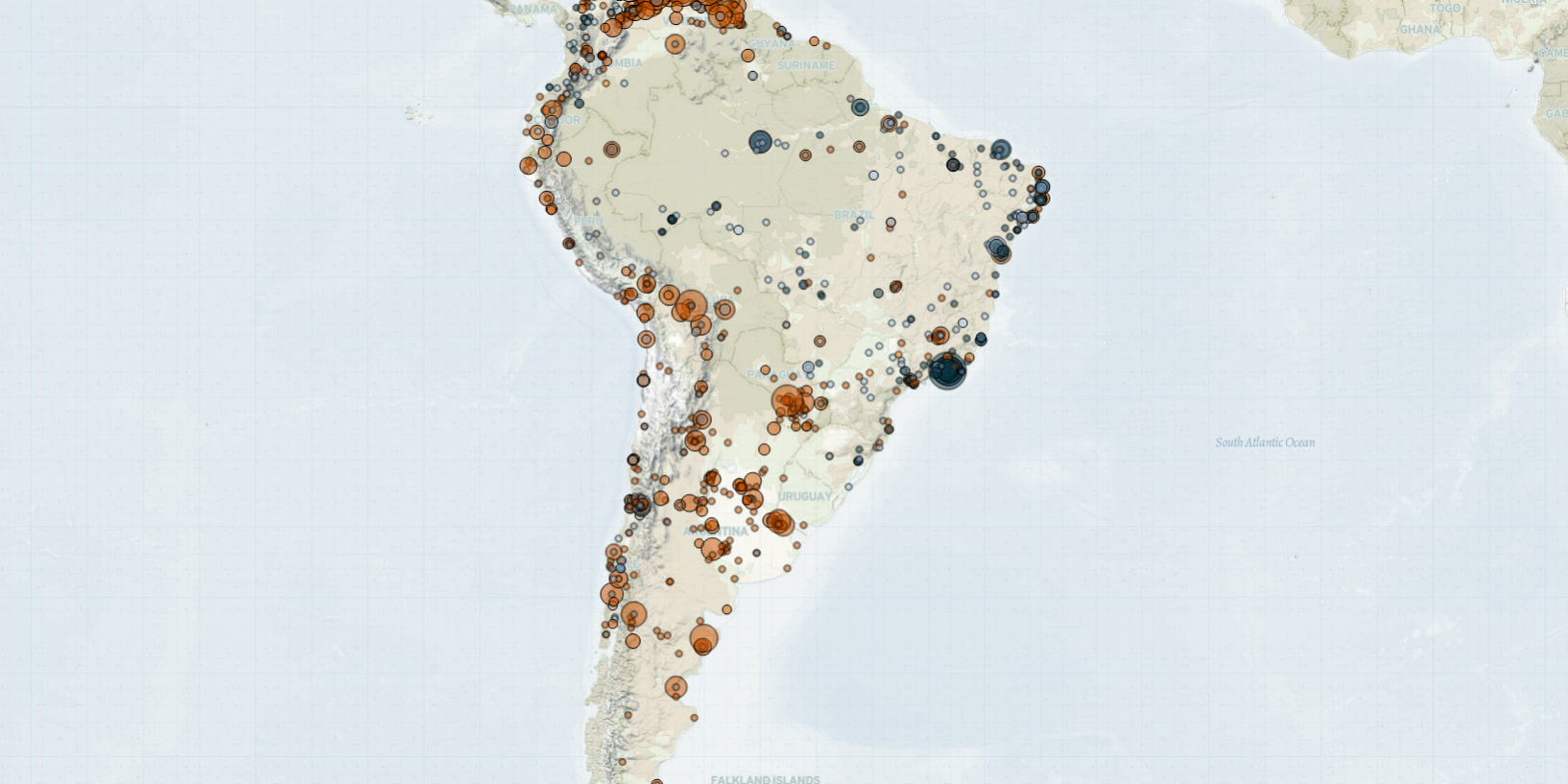 Last week in South America, demonstrations over coronavirus-related issues significantly decreased across the region. In Venezuela, protests continue to be held to demand access to basic services and to call for economic reforms. In Bolivia, the presidential election led to the comeback of Evo Morales’ left-wing party. Tensions increased in Chile during the anniversary of the 2019 political unrest and before the constitutional referendum. Political killings were reported in Colombia. In Brazil, deadly armed clashes slightly decreased in comparison to the previous week and attacks against electoral candidates for the municipal elections continued to take place.

The number of pandemic-related demonstrations significantly decreased across the region in comparison to the previous week. In Argentina, health workers carried out protests to demand salary increases, due to increased working hours and the risk of contagion during the pandemic. In Ecuador, workers, teachers, and students held protests in the cities of Quito, Guayaquil, Loja, and Azuay against the government’s pandemic-related economic reforms. In Quito, police forces dispersed thousands of workers with tear gas during a demonstration.

In Venezuela, demonstrations significantly increased across the country, with citizens protesting to demand access to basic services, including gas for domestic use and the distribution of governmental food bags. In the states of Zulia and Amazonas, the Yukpa, Yanomami, and Wayuu indigenous peoples staged protests and  urged authorities to provide protection against the pandemic, alongside food and medicine distribution.

Likewise, teachers called for a nationwide protest and took to the streets on 21 October, calling for major economic reforms in the public sector and better working conditions. Public servants and health workers joined the demonstrations to draw attention to the collapse of the healthcare system and to urge authorities to provide protective equipment in their workplace. This has been the second nationwide protest called by teachers in Venezuela in October.

Meanwhile, in Bolivia, several citizens set up vigils outside the Departmental Election Tribunals in the cities of Sucre, Santa Cruz, and Cochabamba. They protested against the delay in the presidential election vote-counting. On 23 October, official results confirmed the victory of Luis Arce, the candidate from Evo Morales’ left-wing party, the Movement for Socialism (MAS). Arce secured more than 55% of the vote, thus sweeping the country’s election without the need for a second round (BBC, 19 October 2020). Supporters of opposition parties took to the streets and blocked highways to demonstrate against the results. With a record voter turnout of more than 88% (The Guardian, 23 October 2020), the election results point to a significant rejection by the people of the right-wing policies of self-declared interim President Jeanine Áñez. Áñez took office on 10 November 2019, after Morales was ousted by military forces.

In Peru, indigenous peoples blocked the Marañón River in the Monterrico sector, Uranias district, for over a week to draw the government’s attention to an oil spill that affected the region. Oil spills in Peru are often reported by indigenous environmental monitors. Over the last 20 years, 474 oil spills have been recorded along the NorPeruano Pipeline (Mongabay, 6 October 2020).

In Colombia, thousands of union members, teachers, students, and indigenous peoples participated in anti-government demonstrations. They demanded more funding for education and public health, the protection of human rights activists and minorities, and protested against ongoing police brutality. Moreover, political activists, community and social leaders, as well as indigenous peoples continued to be victims of violent attacks this week. There were at least eight reported deaths. In the Huila and Popayán departments, two members of the left-wing political party Colombia Humana were killed by unknown perpetrators (For more, see the recent ACLED Analysis piece: Understanding the Killing of Social Leaders in Colombia During COVID-19).

In Chile, citizens gathered to mark the first anniversary of the 2019 political unrest, which had spurred millions of Chileans to demonstrate against social and economic inequality and high living costs imposed by the center-right government. In 2019,  more than 30 people died and thousands were injured during the unrest (Reuters, 18 October 2020) (For more see the ACLED Analysis piece: Disorder in Latin America: 10 Crises in 2019). In the capital, Santiago, the anniversary demonstrations turned violent when masked rioters set fire to two churches and a police headquarters.

In the same vein, protests were held in several cities both for and against the approval of the 25 October constitutional referendum. On 26 October, official results confirmed that the majority of people voted to replace the Pinochet-era constitution. The constitution was drafted without popular input during the military dictatorship and was approved in a rigged plebiscite in 1980. In Temuco, Araucanía, an explosive device was set off in electoral offices by unknown perpetrators one day before the referendum took place (La Nacion, 24 October 2020). In addition, the National Institute of Human Rights (INDH) filed a claim against military officers who psychologically tortured a group of five indigenous Mapuche people in the rural area of Collipulli, Araucanía region (for more, see the recent ACLED Analysis piece: Understanding Indigenous Conflict in Chile). The soldiers unlawfully arrested the group and simulated an execution, firing several shots, and hurling several racial slurs against the group (BioBioChile, 22 October 2020).

In Brazil, attacks against electoral candidates were reported for the fourth week in a row in the lead up to municipal elections in Brazil, expected to take place on 15 November. In recent years, political killings during municipal elections have been common and have been linked to militia groups (InSight Crime, 3 October 2016). Moreover, the country continues to endure deadly armed clashes between armed groups and state forces, as well as between different organized criminal groups due to territorial disputes. These clashes resulted in at least 63 deaths last week — a slight decrease compared to fatalities reported the week prior. Likewise, at least 57 additional people were killed in violent attacks against civilians.

Lastly, the group Vem Pra Rua led motorcades in 18 cities across the country against the nomination of Kassio Nunes Marques for the Federal Supreme Court (STF) by President Bolsonaro. Vem Pra Rua is notorious for organizing large-scale protests in 2015 and 2016, leading to the impeachment of former President Dilma Rousseff. Bolsonaro’s nomination choice is being criticized by his Evangelical supporters due to the fact that Nunes Marques is a Catholic, and they had been promised an Evangelical to be appointed to the STF (AP News, 2 October 2020).