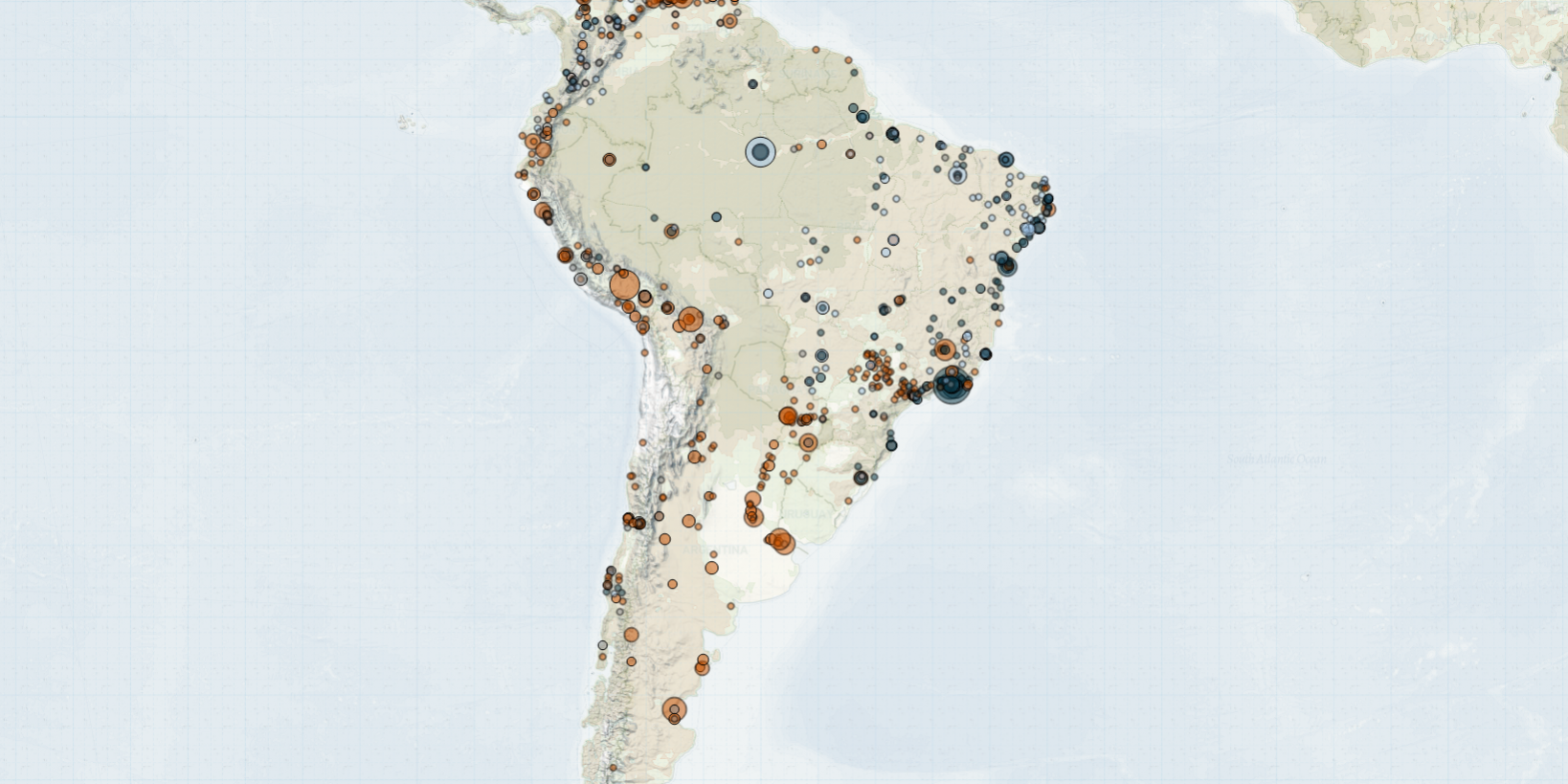 Last month in South America, demonstrations decreased across the region. Nevertheless, a controversial abortion bill led thousands of Argentinians both for and against the bill to the streets. Some countries continued to experience significant political unrest, including Bolivia, Peru, and Venezuela. In Peru, farmers across the country demonstrated to demand approval of a new farming labor law. In Bolivia, the upcoming municipal elections continued to cause inter-party dissatisfaction between supporters of the Movement for Socialism (MAS) party. Meanwhile, anti-government protests were reported in Venezuela after a shipwreck left 28 people dead. Organized violence continued to affect Brazil and Colombia, with increased violence against civilians.

In Argentina, from 28 to 30 December, thousands of campaigners carried out protests across the country both for and against the abortion bill (La Nación, 29 December 2020). On 30 December, Congress legalized the termination of pregnancy up to the fourteenth week (El Diario de la Republica, 30 December 2020). Argentina became only the third South American country to legalize elective abortions, a landmark move for the conservative region (BBC, 30 December 2018). The country is still highly influenced by the Catholic Church and has a growing evangelical community; both groups strongly express their opposition to the bill.

In Bolivia, political tensions increased in the lead-up to the subnational elections to be held on 7 March 2021. Different factions of the MAS party continued to disagree on the appointment of candidates, leading to protests in several cities. Clashes between the factions were also reported in Potosí, Sucre, and Montero cities. Displeased groups claim the appointments are biased towards high-ranking members favored by the head of MAS, former President Evo Morales (Correo del Sur, 15 December 2020). Local groups demand that new candidates, familiar with the ground reality of citizens, should be designated instead. Additionally, MAS supporters clashed with health workers in different health centers of the Santa Cruz department. The clashes started when MAS supporters tried entering the health centers and removing health workers, claiming that they had been hired during the previous national government and should not be allowed to work anymore.

In Peru, tensions around a new farming law that regulates rural labor conditions and salaries continued through December. Farmers blocked several points of the South Pan-American highway for several days in a row. The group demands the approval of a new law that would modify the current Agrarian Promotion Law, with the objective of improving working conditions and salaries for farmers. Violent clashes were reported between demonstrators and state forces, and two farmers were killed by police officers in La Libertad department. On 31 December, Congress approved the new law and demonstrations came to a halt (El Comercio, 31 December 2020). However, with presidential elections scheduled to be held on 11 April 2021, it is expected that citizens’ dissatisfaction with the government will lead to more political upheaval.

In Venezuela, the death of nearly 30 Venezuelan migrants after a shipwreck in the sea near Guiria (Sucre state) has sparked a widespread outcry across the country. On 6 December, the ‘Mis Recuerdos’ boat, loaded with Venezuelan migrants, left the city heading towards Trinidad and Tobago. The ship sank a few miles off the Venezuelan shore. Protests took place in Caracas and Guiria cities for several days in a row in mid-December to urge the government to continue the search for victims. In Guiria city, a protest took place during an official visit of the Minister of Education. Protesters reject the provision of government-sponsored food bags and other items during a social event organized by the government. They consider the organization of such an event a few days after the shipwreck a ‘blackmailing act’ from authorities to silence protesters.

Meanwhile, newly elected deputies for the National Assembly were sworn-in on 6 January, launching the 2021-2026 legislative period (Global Times, 6 January 2021). The majority of the National Assembly is now composed of deputies from the United Socialist Party of Venezuela (PSUV), following the controversial legislative elections held on 6 December. With the opposition’s boycott of the polls, President Nicolás Maduro secured 67% of the seats, thus gaining control of the last major branch of government outside his grasp (BBC, 7 December 2020) (for more on this, see this ACLED piece).

In Colombia, targeted violence and attacks continue to severely affect civilians. Nine former combatants of the Revolutionary Armed Forces of Colombia (FARC) were killed during the last weeks of December 2020. In the first four days of January 2021, another two were killed. As a consequence, demobilized FARC combatants condemned the right-wing government of President Iván Duque for its failure to fully implement the 2016 Peace Agreement. Since the signing of the peace agreement between the government and the FARC, 251 demobilized former combatants have been killed (Colombia Reports, 4 January 2021). Analysts have previously raised concerns about the government’s ability to ensure the safety of former combatants living in the reintegration camps (Insight Crime, 1 November 2019) (for more on this, see this ACLED piece).

In Brazil, 178 deaths were reported in attacks against civilians by different organized armed groups. 100 people were killed during armed clashes between organized crime groups and state forces, and 92 people died due to clashes among drug trafficking groups. Tensions between the Red Command (CV) and the Pure Third Command (TCP) continue in the state of Rio de Janeiro, with clashes reported in the cities of Japeri, São Gonçalo, and Rio de Janeiro. The CV is the largest drug trafficking organization in the state and the group has de facto territorial control over 216 neighborhoods, comprising around 2.9 million residents (G1, 19 October 2020). Meanwhile, the TCP exercises control over 27 neighborhoods (G1, 19 October 2020).

Furthermore, an investigation conducted by the civil police shed light on recent developments concerning the dynamics of narco-militias in the state of Rio de Janeiro (Globo Extra, 3 January 2021). Drug trafficking organizations have established an alliance with militia groups and have invaded communities in the city’s northern zone, creating a new favela structure named Israel Complex. This new complex comprises communities where approximately 134,000 people live (Carta Capita, 3 January 2021). The narco-militia alliance stems from evangelical drug traffickers who do not want Afro-Brazilian religions practiced in areas under their control, such as Umbanda and Candomblé. Thus, in all communities in which the narco-militias exercise territorial control, their members disrupt, threaten, and expel its worshipers and temple owners. Narco-Pentecostalism represents a new phenomenon and has been described as a religious Christian fundamentalist movement whose main goal is to eradicate Afro-Brazilian religions (UOL, 18 August 2019).