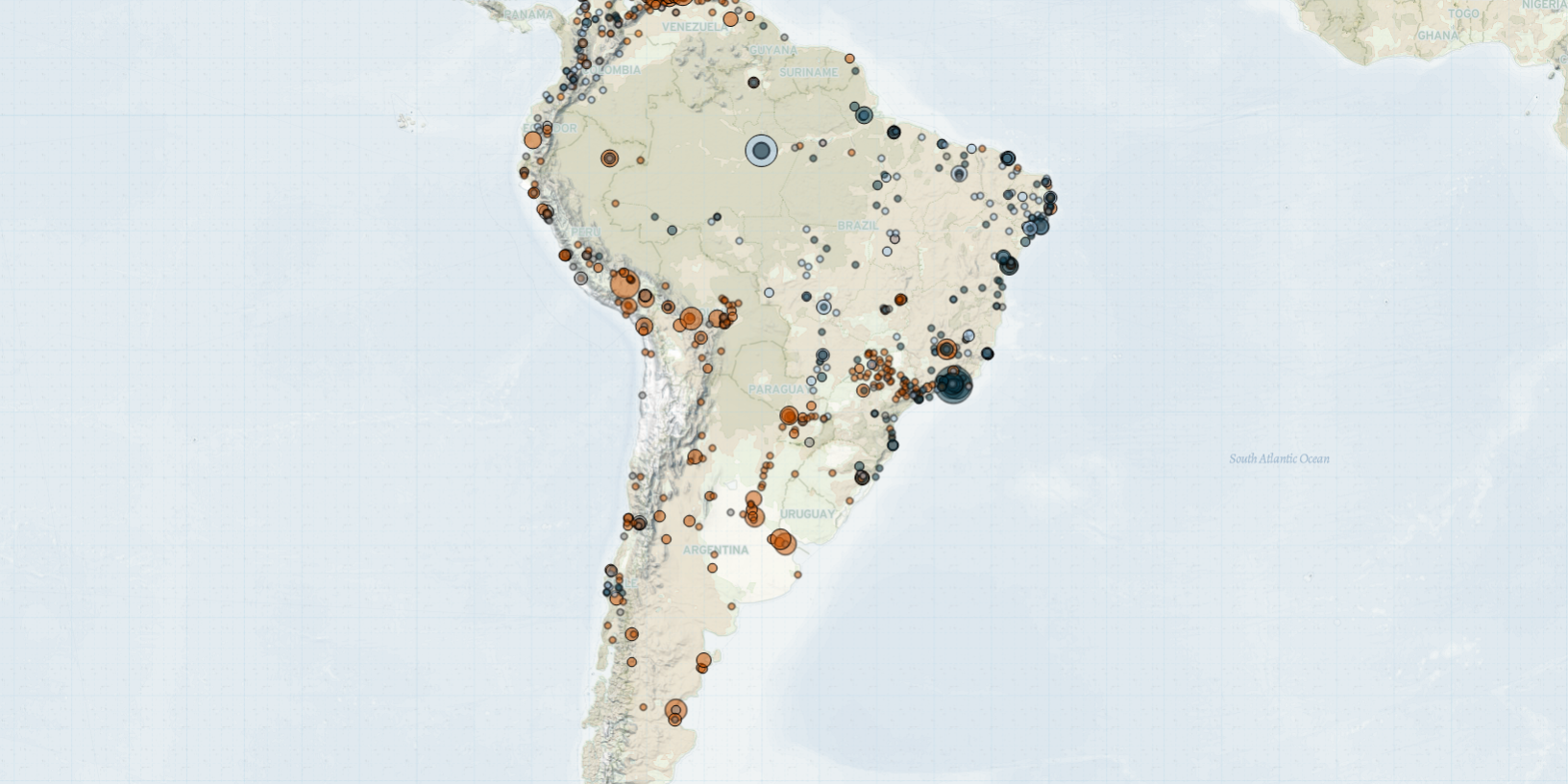 Last week in South America, nationwide protests carried out by labor groups erupted in Venezuela and Bolivia amid the economic fallout caused by the coronavirus pandemic. In Colombia, armed groups continued to target social leaders and political activists. In Guyana, Venezuelan gangs remain a threat to Guyana’s borders. In Brazil, as the healthcare system in the state of Amazonas collapses, pot-banging protests took place across the country. Furthermore, last week was marked by violent attacks in Brazil perpetrated by armed groups, as well as long-lasting disputes over territorial control among these groups.

In Colombia, at least five attacks against civilians perpetrated by armed groups were reported in the past week. In the Cauca department, a councilman affiliated with the Liberal Party was killed by suspected members of the National Liberation Army (ELN) in the city of Argelia (Alto Comisionado para la Paz, 18 January 2021). The councilman was known for advocating for the substitution of illicit crops and the defense of land rights for peasants (Infobae, 15 January 2021). The Argelia municipality in Cauca department is one of the regions most affected by violence and narco-trafficking in Colombia. Armed groups often battle for control of coca crops and trafficking routes in the region (InSight Crime, 10 June 2020). (For more see ACLED’s analysis piece: Understanding the Killing of Social Leaders in Colombia during COVID-19).

In Guyana, the Venezuelan Sindicato gang made an incursion into the border province Barima-Waini. They stole weapons and ammunition from a commercial establishment and engaged in shoot-outs with police. The border region of Guyana has endured the presence of Sindicato gang members in recent years and has led Guyana to ramp up security measures and the army’s presence in the region (Reuters, 22 February 2018). The border area of Venezuela and Guyana has been disputed for decades. Recently, Venezuelan President Nicolás Maduro issued a decree vowing to reconquer the region of Essequibo in Guyana, claiming the region has always belonged to Venezuela. Further, Maduro rejected a recent decision by the International Court of Justice, in which the court decided by majority that it has jurisdiction to settle the territorial dispute between Guyana and Venezuela (ICJ, 18 December 2020).

In Venezuela, citizens took to the streets to demand access to basic services, such as potable water, electricity, gas for domestic use, as well as the distribution of fuel. The coronavirus pandemic has worsened the shortage of fuel, among other commodities. Meanwhile, for the fourth time since October 2020, teachers led a nationwide protest to draw attention to their demand for higher wages and better working conditions. They claim their conditions have severely deteriorated due to the pandemic, as the country has plunged into a severe socio-economic crisis (El Pitazo, 14 January 2021).

Meanwhile, in Bolivia, transportation workers held protests in Santa Cruz, La Paz, Chuquisaca, and Cochabamba provinces against government mismanagement of deferred bank loan payments. The protesters disrupted traffic by blocking 57 locations on several roads (Bolivia.com, 12 January 2021).  The workers claim that the economic downturn caused by the lockdown has affected their income, and therefore, they require government support to help them overcome their financial difficulties (El Deber, 13 January 2021). The demonstration lasted for two consecutive days. The group confirmed they will continue to stage protests if the government fails to provide assistance (Jornada, 12 January 2021).

In Brazil, protests were reported after the healthcare system collapsed in the city of Manaus, Amazonas state. Due to the lack of oxygen for patients with coronavirus and other respiratory diseases, approximately 130 patients had to be relocated to other states. At least four patients suffocated to death due to the lack of oxygen, causing national outrage (Correio Braziliense, 15 January 2021). Several pot-banging protests were reported across the country in at least ten capitals, with protesters calling for the removal of President Jair Bolsonaro (G1, 15 January 2021). Protesters demand Bolsonaro’s resignation or impeachment due to his handling of the pandemic. Since the beginning of the pandemic, the president has opted for a hands-off approach to the coronavirus crisis, due to his skepticism of the threat of the pandemic.

Furthermore, last week, 73 deaths were reported in violent attacks against civilians perpetrated by armed groups in the country. At least 79 people were killed in armed clashes between state forces and armed groups. In the city of São Gonçalo, Rio de Janeiro state, military police carried out a series of operations to hinder armed clashes between the Red Command (CV) and the Pure Third Command (TCP) due to their ongoing territorial disputes in the region. The operation lasted for four days and at least eight people were killed (O São Gonçalo, 10 January 2021). Both the CV and TCP are the largest organized crime groups in the state of Rio de Janeiro. Similarly, clashes between state forces and the First Capital Command (PCC) took place in the states of Paraná and Mato Grosso do Sul, resulting in the death of 13 members of the group. The PCC is the largest organized criminal group in the country. It has evolved to become the most organized criminal group in South America, with extensive global operations (UOL, 6 October 2020).