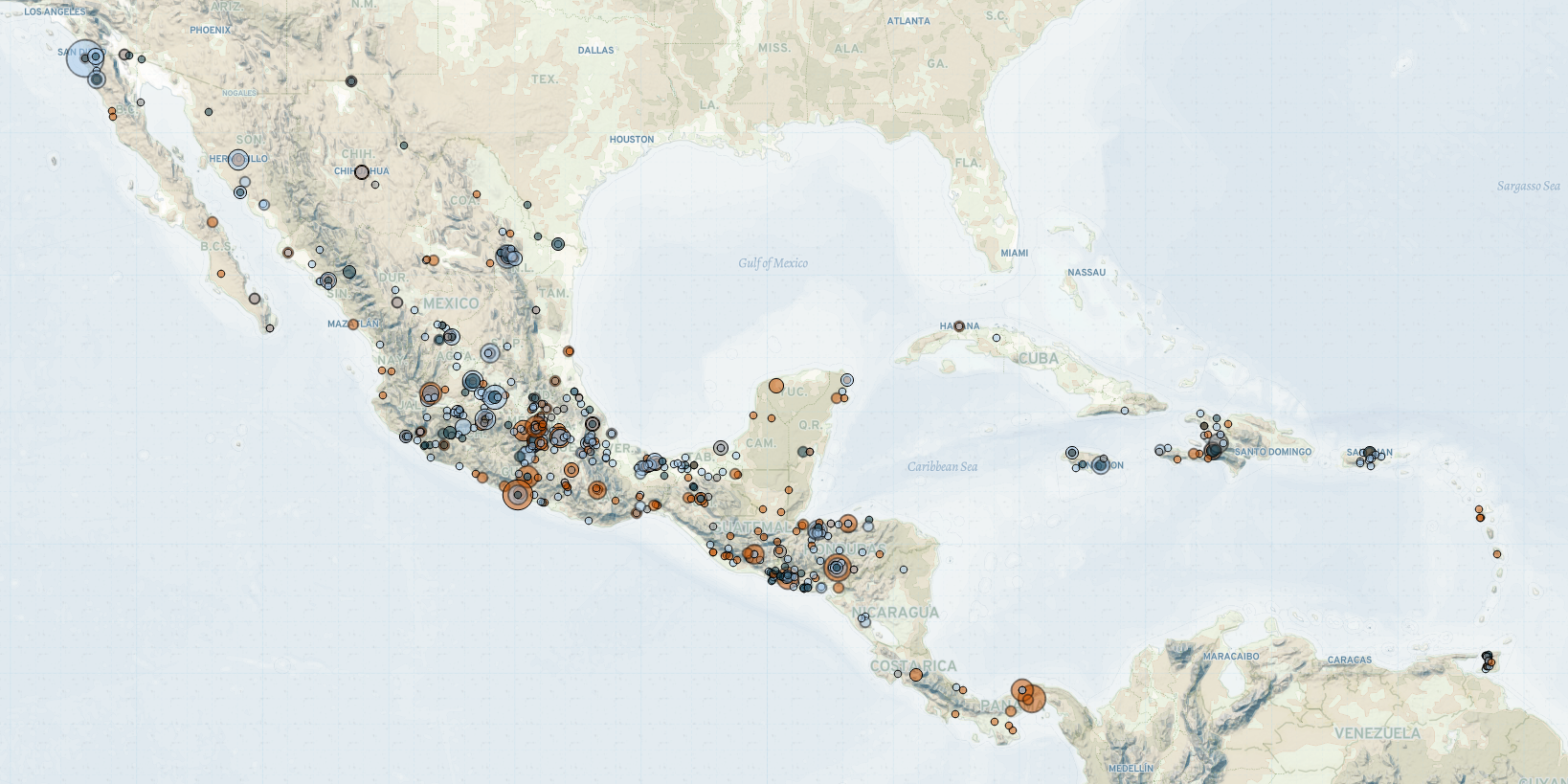 Last week, demonstrations remained stable in Mexico, Central America, and the Caribbean. In Haiti, demonstrations against insecurity and calls for President Jovenel Moise to step down continued. Meanwhile, in Guatemala, law enforcement clashed with migrants from Honduras trying to force their way across the border on their journey to the United States. In Nicaragua, alleged members of a land-grabbing militia attacked members of the Mayangnas indigenous community. In Panama, workers and members of the Achieving Goals (RM) party demonstrated against high unemployment rates and proposed reforms to the social security system.

In Haiti, demonstrations against rising insecurity demanding President Jovenel Moise step down continued throughout the country. In Port-au-Prince and Miragoane, people called for the end of the president’s mandate on 7 February. On 20 January, police officers dispersed barricades, using tear gas and rubber bullets in Port-au-Prince, injuring several journalists that were covering the event. Moise was elected in 2016 after the first round of elections were held in 2015, yet suspended for fraud. He took office for his five-year mandate in February 2017. Opposition members claim that the mandate of the president began in 2016 and thus should end on 7 February 2021, while members of the government claim that the president’s mandate began in 2017 and should therefore end in 2022 (Europa Press, 16 January 2021).

In Miragoane, a former senator of the opposition party, Fanmi Lavals, was arrested by police officers while participating in an anti-government protest. This triggered another protest outside the police station where he was detained. Hours later, the senator was released amidst allegations that the arrest was politically motivated and directly ordered by the president (VOA, 22 January 2021). Moise’s administration is accused of cracking down on members of the opposition. While demonstrators are often violently repressed by law enforcement, the government has been unable to curb gang violence amidst rising kidnappings and attacks against civilians.

Last week, hundreds of students and teachers demonstrated in Port-au-Prince for two consecutive days against the kidnapping of the principal of their school. According to civil society organizations, gangs have multiplied kidnappings and requests for ransom after the government stopped funnelling payments to organized criminal groups (Le Nouvelliste, 7 October 2020). Others claim that political elites are collaborating with gangs to terrorize the local population and remain in power (Fondasyon Je Klere, 22 June 2020).

In Guatemala, law enforcement officers clashed for three consecutive days with a group of over 4,000 migrants that tried to cross the border from Honduras on their journey to the United States. Poor socioeconomic conditions in Central America, worsened by the coronavirus pandemic and high levels of gang violence, have pushed thousands of people to migrate (El Mundo, 17 January 2021).  This new migrant caravan could also be explained by the new US administration, as many hope that the new administration will adopt a more lenient migration policy (Deutsche Welle, 20 January 2021). The government of Guatemala deployed 5,000 members of its military forces to contain this new wave of migration. Similarly, in Mexico, the government mobilized and sent members of the National Guard to protect its border in the state of Tabasco and Veracruz.

In Nicaragua, local land-grabbing militias attacked members of the Mayangna indigenous group in the Wilu community in an attack related to a land-grabbing conflict. In recent years, attacks over land have been increasing as settlers seek to expand their farming and illegal logging activities. Indigenous communities denounced the arrival of settlers with property titles signed by members of the government. This goes against laws granting indigenous people in Nicaragua’s the ability to obtain collective titles to their land and natural resources (Obrera de la Tecla, 25 January 2021). The government of Daniel Ortega has been accused of siding with corporate interests to attract foreign investment in Nicaragua (Mongabay, 4 May 2020; The Guardian, 29 April 2020). In 2020, ACLED records at least nine land-grab related attacks in which 14 members of indigenous communities died.

Lastly, in Panama, soaring unemployment rates and the proposed reform of the social security system sparked demonstrations. On 18 January, construction workers and members of the Single Union of Construction and Associated Workers (SUNTRAC) organized roadblocks in at least four departments of the country, asking to be included in discussions of the social security system proposal. The proposal seeks to inject resources from the pension program to cover a $65 million debt held by the social security system (La Prensa, 19 January 2021). In addition, SUNTRAC continued to demand the resumption of economic activities following the suspension of more than 270,000 construction contracts as part of measures to prevent the spread of the coronavirus (EFE, 31 December 2020). Days after these demonstrations, the RM opposition party organized protests demanding government actions to reactivate the economy. The pandemic has severely impacted Panama’s economy: in 2020 the country recorded an 18% unemployment rate, the highest in the past 20 years (INEC, December 2020).