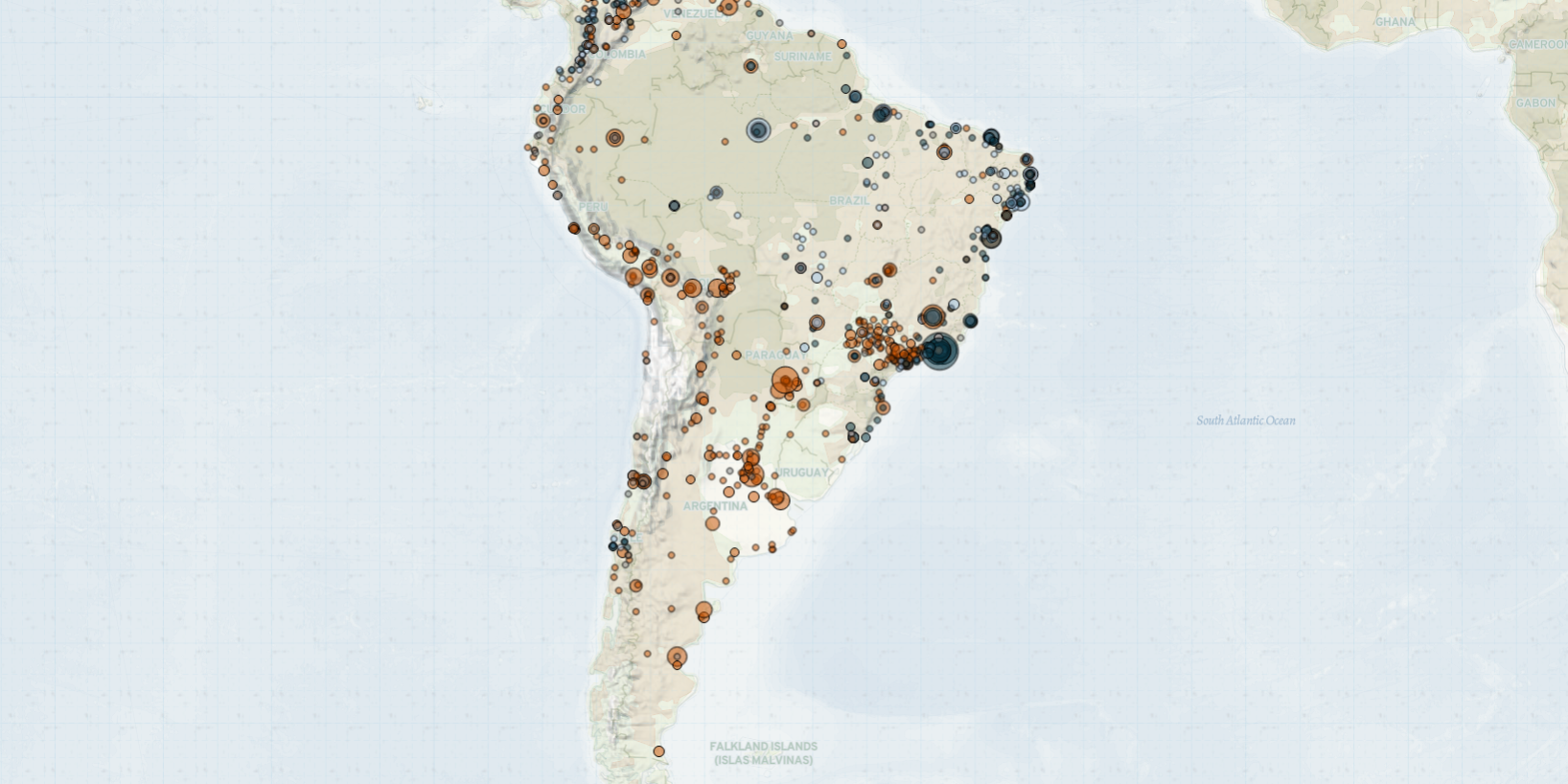 Last week in South America, demonstrations were held in Chile in support of a bill that would grant amnesty to prisoners who participated in political protests. In Colombia, clashes continued to take place between armed groups and state forces. In Peru, military forces were deployed to the border region to prevent migrants from entering illegally. Protests against gender-based violence were held in Venezuela. Lastly, in Brazil, pot-banging protests continued to take place against President Bolsonaro. Further, temples of Afro-Brazilian religions faced violent attacks stemming from religious intolerance.

In Chile, citizens held demonstrations in the cities of Santiago and Valparaíso to show support for a bill introduced by the Human Rights Commission of the Senate in which people arrested during the 2019 political unrest could apply for amnesty (La Nacion, 25 January 2021). The country’s 2019 political unrest spurred millions of Chileans to demonstrate against social and economic inequality and high living costs imposed by the center-right government (BBC, 25 October 2019). The situation escalated as President Sebastián Piñera announced a state of emergency and authorized the deployment of the Chilean army across several regions. Protests were expanded to other Chilean cities as the situation worsened. (For more, see the section on Chile in ACLED’s Disorder in Latin America: 10 Crises in 2019 report). Between October 2019 and March 2020, police arrested nearly 25,567 people during demonstrations, many of whom are still pending trial and their right to due process under the law (Pauta, 30 August 2020).

In Colombia, suspected members of the National Liberation Army (ELN) ambushed a police unit in the Antioquia department, killing one officer and injuring another (La FM, 28 January 2021). Likewise, in the Chocó and North Santander departments, the Gulf Clan raided two rural areas. In the city of Tibú, Norte de Santander, the Gulf Clan killed three farmers and displaced 400 people (Infobae, 29 January 2021). In light of these events, the judicial mechanism of the Colombian Transitional Justice System, the Special Jurisdiction for Peace (JEP), has labeled this year’s beginning as the most violent since the 2016 Peace Agreements (JEP, 26January 2021). (For more, see the section on rising violence targeting social leaders and vulnerable groups in Colombia, part of ACLED’s Ten Conflicts to Worry About in 2021 report).

Furthermore, a former member of the Revolutionary Armed Forces of Colombia (FARC) was killed by unknown assailants in the Antioquia department. Following the unceasing attacks against demobilized members, the political wing of the now-defunct guerrilla group voted to change its controversial name from FARC to Comunes, the Common People’s Party. The move is an attempt by the group to rebrand itself and to move away from the acronym associated with 50 years of conflict (VICE, 27 January 2021). Continued use of the former name had created heated debate and had caused division within the party. The party claims their purpose remains the same — to fight poverty and corruption in rural areas, focusing on land reform (VICE, 27 January 2021).

Meanwhile, in Peru, 54 tanks and 1,200 army officials were deployed to the border with Ecuador to prevent migrants from entering the country, amid its second wave of the coronavirus pandemic. The military deployment was set in place following the arrest of nearly 500 undocumented immigrants, mostly from Venezuela (La Republica, 27 January 2021). On 26 January, migrant smugglers clashed with military and police officers in the district of Aguas Verdes, Tambes region. The event happened after state forces burned down 10 wooden bridges used to enter the country. Smugglers threw stones at the officers, who fired shots into the air. No injuries were reported. On the same day, at least 74 undocumented Venezuelan migrants were arrested in Suyo district, Piura region (La Republica, 27 January 2021).

In Venezuela, citizens continued to hold protests to demand access to basic services, such as potable water, electricity, gas for domestic use, and the distribution of fuel. Additionally, the sexual assault of a Venezuelan woman in Buenos Aires city, in Argentina, has sparked outrage across the country. Citizens and feminist organizations took to the streets in Caracas city, calling for justice and protection for victims of gender-based violence (El Nacional, 29 January 2021).

Lastly, in Brazil, several pot-banging protests continued to take place across the country for the third week in a row, calling for the removal of President Jair Bolsonaro due to his (mis)handling of the pandemic. Since the beginning of the pandemic, the president has opted for a hands-off approach to the coronavirus crisis, due to his skepticism of the threat of the coronavirus. The protests were fueled by the collapse of the healthcare system in the city of Manaus, Amazonas state, due to the lack of oxygen for patients with coronavirus and other respiratory diseases (O Globo, 31 January 2021). The state of Amazonas registers 2,522 deaths from coronavirus in January 2021 (G1, 1 February 2021), many of whom died in the hospital by asphyxiation (The Washington Post, 27 January 2021).

Meanwhile, for the past two weeks, temples of Afro-Brazilian religions have been attacked in the states of Rio de Janeiro and São Paulo. Last week, in the city of Duque de Caxias, Rio de Janeiro state, an Umbanda temple was set on fire and destroyed by an unknown perpetrator who had received orders from an Evangelical pastor (O Dia, 28 January 2021). Practitioners of Afro-Brazilian religions are among the most vulnerable populations and are often discriminated against by an increasingly orthodox Evangelical population. With little support from surrounding communities and with limited access to legal institutions, they are often victimized by militia groups and drug trafficking organizations. The increased attacks against Afro-Brazilian religious temples and practitioners coincides with the dramatic expansion of neo-pentecostal religions in the country (The Washington Post, 8 December 2019). The state of Rio de Janeiro is one of the bastions of neo-pentecostalism, as well as home to a diverse cluster of Afro-Brazilian religions. Additionally, Rio de Janeiro is carved up by major drug trafficking groups and dozens of militia groups who effectively rule over the neighborhoods in which they operate, some of which are known to have connections with Evangelical churches (UOL, 27 May 2020).