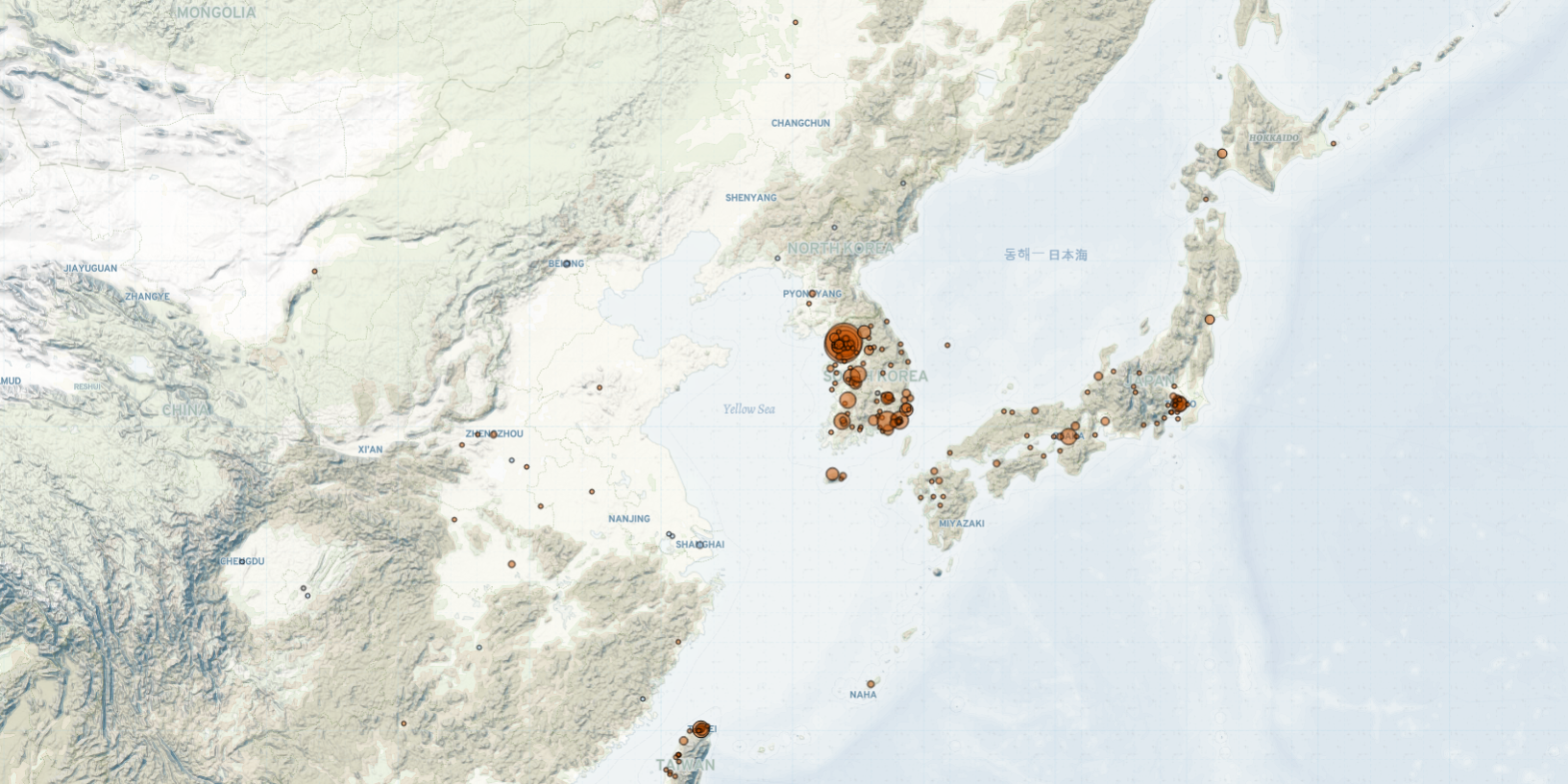 Last week in East Asia, mass rallies were held in Pyongyang and across North Korea to show workers’ commitment to achieve the targets of the new five-year economic development plan. In South Korea, protests related to the construction of a new airport on Gadeok Island near Busan were held in advance of a vote by the National Assembly to go ahead with the project. In Mongolia, a youth group took to the street to demand the resignation of several judges after a video exposing their unethical behavior appeared in the media. In Japan, Osaka residents demonstrated against the city’s plans to legalize casinos and reorganize the administration of the city and the prefecture. Finally, in Hong Kong, the Hong Kong government proposed a new bill, requiring district councilors to take part in an oath-taking procedure to uphold the Basic Law and pledge allegiance to the government when assuming office.

In North Korea, labor groups participated in mass rallies in Pyongyang and cities across the country throughout the week to show support for the goals set by the country’s five-year economic development plan. Starting with the rally initiated by the workers at the Hwanghae Iron and Steel Complex, agricultural workers, youths, and women’s groups gathered to firm up their commitment to meet the annual production targets (The Korea Herald, 23 February 2021; RFA, 25 February 2021). The new five-year economic development plan was presented in January at the Workers’ Party’s Eighth Congress after Kim Jong Un admitted that the previous plan ‘has failed in almost all sectors’ (The Diplomat, 7 January 2021).

In South Korea, a number of protest events were held last week by environmental activists and residents related to the construction of a new airport on Gadeok Island near Busan. On one hand, environmental activists oppose the construction, arguing that the plan has not undergone enough review over the environmental impact of the project (News1, 26 February 2021). On the other hand, residents of Daegu and North Gyeongsang urge for the new airport to be built to facilitate development in the southeast part of the country (NEWSIS, 25 February 2021). Despite the opposition, the National Assembly passed a controversial bill on 26 February to expedite construction of the airport (Korea JoongAng Daily, 26 February 2021). The fast passage of the bill is seen by some as a strategic move by the ruling Democratic Party ahead of the by-elections for Busan and Seoul in April (The Korea Herald, 26 February 2021). A political win in the by-elections would be regarded as a milestone towards a victory in the 2022 presidential elections.

Also, in South Korea, business owners and healthcare workers continue to stage protests across major cities, asking the government for better coronavirus policies. Travel agency owners and employees demand that the government provide the same level of relief funds to other small businesses that were affected by the social distancing measures . Their demands come in the context of a decrease by more than 80 percent in annual sales in 2020 for South Korean travel agencies (Yonhap News Agency, 22 February 2021). Additionally, health workers affiliated with the National Nursing Service Workers’ Union demonstrated to urge the government to provide economic support to nursing workers and to guarantee their job security during the pandemic (News1, 22 February 2021).

In Mongolia, Nekhuul, a youth movement, organized a demonstration in Ulaanbaatar demanding the resignation of several judges after a video exposing their unethical behavior was leaked on social media. The judges are suspected of taking part in illegal prostitution and breaching the coronavirus lockdown (Unuudur.mn, 23 February 2021). Nekhuul is one of the key groups actively organizing demonstrations against injustice and corruption in Mongolia during the past years.

In Japan, a large-scale protest was reported last week in Osaka against the local administration. Around 450 protesters formed a human chain around city hall to demonstrate against a plan that would legalize the establishment of integrated resorts (IRs) hosting casinos (Osaka Nichinichi Shimbun, 26 February 2021). The protesters also criticize a plan to unify the administration of Osaka city and Osaka prefecture. The plan is proposed as an alternative by the mayor and the governor after citizens voted down a previous plan in November 2020 to reorganize Osaka city as a metropolis akin to Tokyo (Yomiuri Shimbun, 26 February 2021). There are concerns amongst residents that such plans may jeopardize their lifestyles and may not bring any benefits (Nikkei, 2 November 2020). Further protests may surface as the new plan is discussed.

In Hong Kong, the Hong Kong government introduced new requirements for district councilors to take an oath to uphold the Basic Law and to pledge allegiance to the government (HKFP, 23 February 2021; Government of Hong Kong, 26 February 2021). The proposed amendments specified that district councilors found to be in violation of their oaths will be barred from running in relevant elections for five years. Similarly, the ban will also be extended to legislative councilors who are found to have violated their loyalty pledges.

The amendments proposed to include district councilors in the oath-taking procedure raise concerns over the further erosion of Hong Kong’s democratic freedoms, notably since the passage of the National Security Law in June 2020. Since then, there have been mass arrests of prominent pro-democracy activists and politicians, a crackdown on freedom of speech and assembly, and a ban on popular protest slogans and songs. Since December of last year, local media report that Beijing plans to crack down on district councils and to reform the Chief Executive’s election committee (HKFP, 23 December 2020). The proposed bill is accompanied by a high-level conference in Beijing on “perfecting the electoral system under ‘One Country, Two Systems’ to ensure the fundamental principle of ’Hong Kong being governed by patriots.’” The events signal the start of more Beijing-led electoral reforms to come (HKFP, 22 February 2021; Wen Wei Po, 23 February 2021).