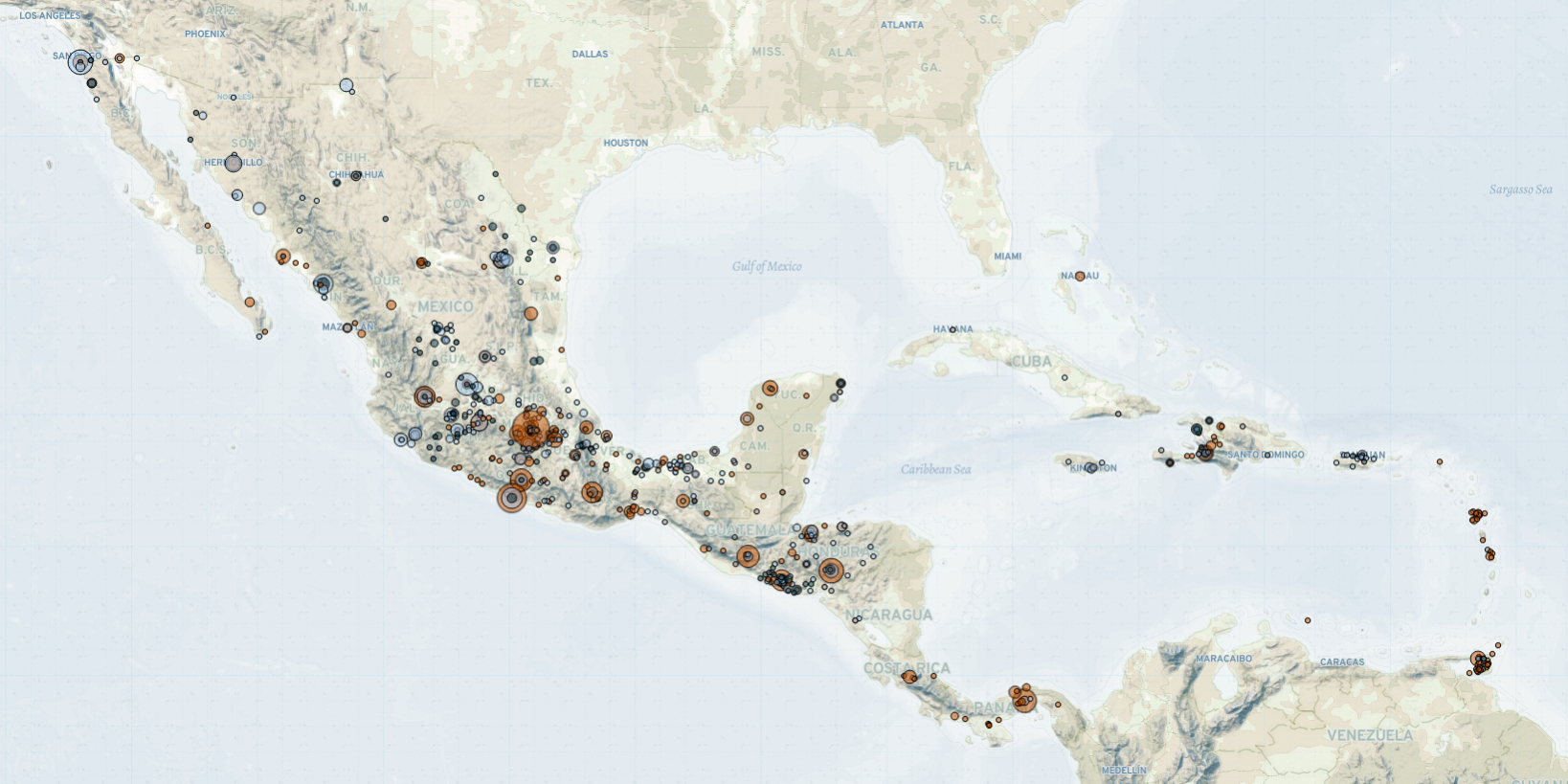 Last week in Mexico, Central America, and the Caribbean, political violence remained high. In El Salvador and Mexico, targeted attacks perpetrated by armed men against civil servants and candidates running in the upcoming elections continued. In Haiti, a jailbreak of over 200 inmates led to the escape of the leader of the Village de Dieu gang, who was subsequently chased and killed by law enforcement. In Cuba, political repression of opposition led to an ‘act of repudiation’ against a member of the San Isidro Movement and an attack against a representative of the Patriotic Union of Cuba (UNPACU).

Last week in El Salvador, candidates in the municipal and legislative elections scheduled for 28 February continued to be the targets of attacks perpetrated by armed men. On 21 February, the mayor of the Nueva Esparta municipality was attacked by unidentified armed assailants in a drive-by shooting. The mayor is a representative of the  Nationalist Republican Alliance (ARENA), a right-wing party that won the second plurality of votes in the last 2019 presidential elections (EFE, 12 February 2019). According to the victim, the attack might have been perpetrated by members of rival political parties that seek to prevent his re-election (Elsalvador.com, 22 February 2021). Meanwhile, in the Santa Ana municipality, a group of people threw stones at members of the Farabundo Marti National Liberation Front (FMLN) during a party rally. The FMLN was formed in 1980 as a coalition of left-wing guerilla groups, and was one of the main actors in the civil war. According to members of this party, this incident is part of a series of targeted attacks against its representatives. This latest attack comes a month after a shooting perpetrated by a gunman at an FMLN political rally in San Salvador (El Mundo, 20 February 2021). President Nayib Bukele alleges that the FMLN staged the shooting in a bid to garner sympathy ahead of the upcoming elections. He has held the ARENA and FMLN parties publicly responsible for violence and social inequality in the country, thus contributing to political tensions (The Tico Times, 5 February 2021; Al Jazeera, 8 February 2021). In the month prior to the election, ACLED has recorded at least three attacks against members of these political parties.

Similarly, in Mexico, violence against politicians, civil servants, and candidates continues ahead of the federal election scheduled for 6 June. In the state of Quintana Roo, a mayoral candidate running for a coalition composed of the Ecologist Green Party of Mexico (PVEM), the National Regeneration Movement (MORENA), and the Labor Party (PT) was killed by an armed man. Allegedly, the victim had previously received threats against his life (Infobae, 25 February 2021). Elsewhere, in Tlapa, in the state of Guerrero, a lawyer and officer of the Electoral and Citizen Participation Institute — an autonomous body  in charge of organizing elections in each state — was killed by unidentified armed men. The victim, who had shown his intention to run as a mayoral candidate, was a member of the Democratic Revolution Party (PRD). PRD is a left-wing party that had lost the popular vote after the 2018 elections (El Sur, 20 February 2021).

As witnessed in previous elections, criminal groups multiply targeted attacks against politicians and candidates in the months leading to the elections in order to capture local and state politics. As part of a run to win political influence and thus secure their criminal operations, gangs target candidates who refuse to show them support and pay them an extortion fee, or those who pledge allegiance to a rival criminal organization (The Washington Post, 20 May 2020). In February,  incidents targeting  politicians and government officers rose from at least 8 to 20 recorded incidents compared to January 2021.

Meanwhile, in Haiti, more than 200 inmates escaped from a prison in Croix-des-Bouquets in an allegedly coordinated operation between gangs and prisoners (Haiti Libre, 26 February 2021). The director of the prison was killed in a riot initiated by prisoners. Prisoners clashed with prison guards after stealing their weapons, resulting in at least 24 fatalities. Arnel Joseph, the leader of the Village de Dieu gang controlling parts of the Village de Dieu neighborhood in Port-au-Prince, was shot and killed by police after managing to escape. This took place as Joseph awaited trial for his role in several killings, kidnappings, and other crimes.

According to several sources, Joseph had previously worked for the government and opposition leaders (The Haitian Times, 2 February 2021; VOA, 24 July 2019). Most recently, the Village de Dieu gang has shown anti-government positions (Alterpresse, 23 June 2020), as opposed to the G-9 gang coalition, which is allegedly supported by the government (Haiti Progres, 22 October 2020). According to some reports, the killing of Joseph may have been a planned execution conducted by authorities to silence the gang leader and to prevent him from disclosing his ties with members of the executive branch (Rezonodwes, 28 February 2021; Le Nouvelliste, 27 August 2019). Since the arrest of Joseph in July 2019, the G9 gang coalition has sought to expand its control over the Village de Dieu neighborhood in Port-au-Prince (Human Rights Watch, 28 april 2020). The recent killing of Joseph could bring an opportunity for other gangs to consolidate their control over areas previously controlled by the Village de Dieu gang.1For more on ACLED’s methodology, see Gang Violence: Concepts, Benchmarks and Coding Rules

Finally in Cuba, state forces continue to repress activists and members of the opposition that advocate for freedom of speech. Last week, members of the San Isidro Movement — a collective of artists promoting freedom of expression — released a protest song that criticized the government and showed images of state repression. Following the release, government supporters and police officers carried out so-called ‘acts of repudiation’, consisting of state-led public humiliation or violence towards regime critics (Amnesty International, 17 September 2015). On 24 February,  a group of government supporters threw paint at the house of a member of the San Isidro movement, and allegedly beat a group of people who tried to record the incident (Diario de Cuba, 23 February 2021). Similarly, police officers attacked a member of the political opposition group UNPACU, a dissident organization promoting freedom and supporting vulnerable communities through the distribution of basic goods. Thus far in 2021, ACLED records at least six attacks perpetrated by Cuban police forces against civilians, targeting mainly activists and members of opposition groups.