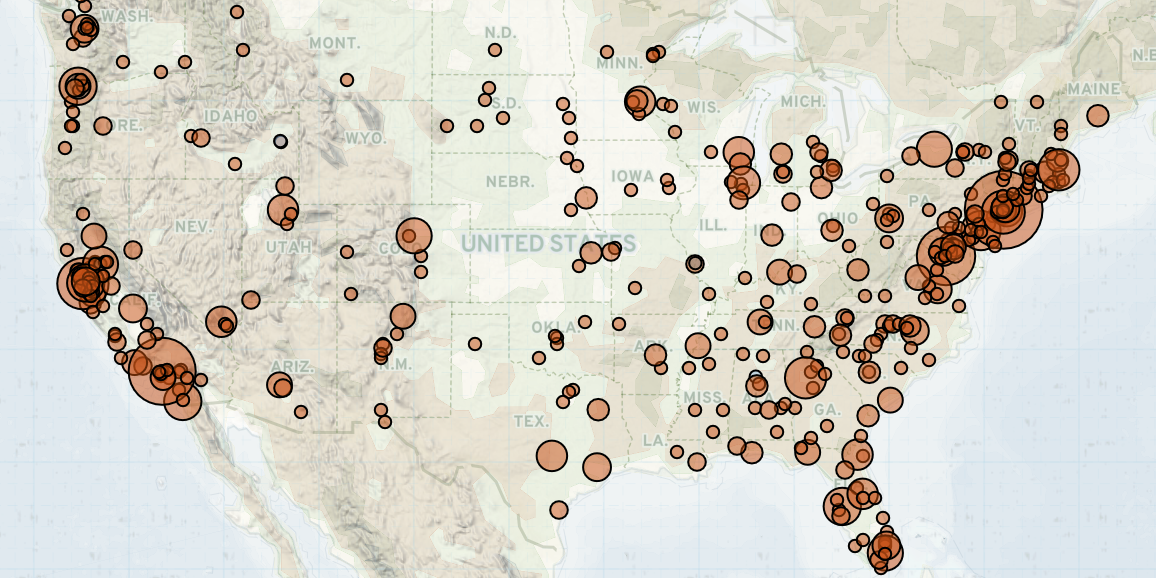 Demonstration events in the United States declined by about a quarter last week relative to the week prior. A decline in demonstrations associated with the COVID-19 pandemic drove the decrease, though these events continued to account for the largest share of demonstrations in the country. With the end of Black History Month in February, demonstrations associated with the Black Lives Matter (BLM) movement declined by approximately 40% last week, accounting for 10% of all demonstrations. Pro-Trump demonstrations continued their upward trend, which started the week prior, albeit at a significantly lower level than during the months immediately following the 2020 election. Additionally, militia activity has progressively increased over the past two weeks for the first time since federal law enforcement cracked down on militia groups following the storming of the US Capitol in January.

Demonstrations in support of former President Donald Trump continued to increase for the second straight week, likely buoyed by Trump’s presence at the Conservative Political Action Conference (CPAC) on 28 February. ‘Stop the Steal’ rallies — which support Trump’s unfounded claims of mass voter fraud during the 2020 election — were reported for two consecutive weeks for the first time since January. Additionally, at least five states and Washington, DC reportedly hosted pro-Trump demonstrations last week, marking the largest geographic reach of such demonstrations since the end of January. Meanwhile, legislative sessions ended early on 3 March and were canceled on 4 March amid warnings of a possible plot to breach the Capitol by a group of militia extremists (Voice of America, 4 March 2021). The plot corresponds to the QAnon conspiracy theory that Trump would be returned to power on 4 March (BBC, 4 March 2021). The date passed without incident as QAnon supporters posted that the date was a “false flag” (The Hill, 5 March 2021). They now suggest that President Joe Biden and other prominent Democrats will be arrested and that Trump will return to the presidency on 20 March (The Hill, 5 March 2021).

New COVID-19 cases continue to decrease — down by about 13% compared to February (New York Times, 9 March 2021) — though at a slower rate than in January. While demonstrations related to the pandemic declined by a quarter last week, they accounted for the largest proportion of demonstrations yet again, at approximately a third of all events. The decrease in events may be linked to the lifting of state restrictions and the reopening of schools (CNN, 5 March 2021). Demonstrations against restrictions in general and in support of reopening schools declined last week, dropping by 25% and 35%, respectively. Several demonstrations were held calling for adjustments to the $1.9 trillion economic relief bill proposed by President Biden, which was signed into law this week (Washington Post, 10 March 2021). The most prominent demand was the inclusion of a $15 minimum wage, which was dropped in late February after the Senate parliamentarian ruled the issue could not be included as part of a reconciliation bill (USA Today, 25 February 2021). For more on the pandemic’s impact on protest trends, see ACLED’s new report: A National Emergency: How COVID-19 Is Fueling Unrest in the US.

Last week, incidents involving live explosives were reported in both Iowa and California. A pipe bomb was found in Ankeny, Iowa on 2 March in the parking lot of a community center that serves as a polling site for a school district election (Washington Post, 2 March 2021). Local law enforcement, alongside the US Bureau of Alcohol, Tobacco, Firearms, and Explosives (ATF) and the Federal Bureau of Investigation (FBI), responded to the scene and safely disposed of the explosive device. Meanwhile, an IED filled with metal shrapnel, firecrackers, and gasoline was found at an elementary school in Sacramento, California on the same day (CBS13, 2 March 2021). The Sacramento Sheriff’s Office later tweeted that the explosive device had been defused (Twitter, 2 March 2021). No injuries were reported, and both incidents are under investigation.

Multiple militia activity events were reported last week. The American Contingency continues to hold trainings, with events reported across a number of states last week, including California, Florida, Texas, and Utah. In Battle Ground, Washington, the Clark County chapter of Ammon Bundy’s People’s Rights organization held a recruitment meeting where they changed their name to their slogan, the ‘Neighbors Uniting Neighbors’ movement. The rebranding is likely an attempt to bypass bans on YouTube and other social media. Meanwhile, patrols by militia groups continued in Arizona, as an unidentified communal militia conducted searches for people transiting the mountainous desert north of the US-Mexico border. Militia activity has increased consecutively for two weeks for the first time since the crackdown on militia groups following the Capitol riot.