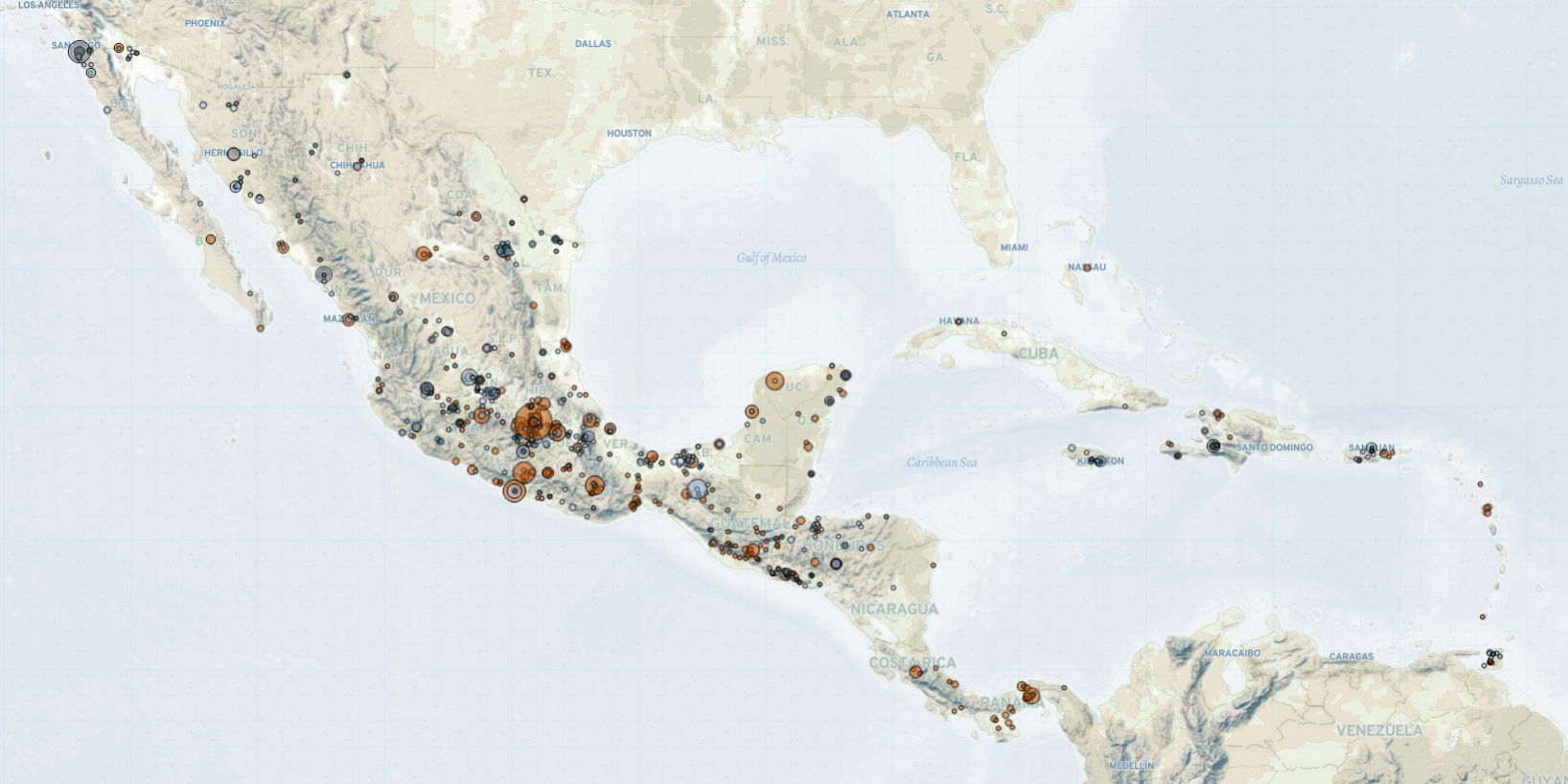 Last week in Mexico, Central America, and the Caribbean, targeted violence against government representatives, politicians, and lawyers continued. In the state of Guerrero, Mexico, a local representative and environmental activist, who advocated for the protection of the Sierra de Guerrero forest, was killed by alleged members of the Los Tlacos gang. In Honduras, a lawyer who defended businessmen and politicians accused of corruption was killed by unknown perpetrators. In Guatemala, a government official was killed by unidentified armed men. Meanwhile, in Cuba, a group of people held an anti-government protest following an attempt by police to arrest a member of the San Isidro Movement.

In Mexico, violence targeting activists who stand against the interests of criminal groups continues. On 3 April, an environmental activist and local representative was killed by members of the Los Tlacos gang in Toro Muerto in the state of Guerrero. The Los Tlacos gang was born out of the splintering of the Policia Comunitaria Heliodoro Castillo self-defense group. The self-defense group is an armed formation of local residents, created in 2017 to fight gangs who are seeking to control illegal logging activities and are exploiting other natural resources in the area (El Proceso, 4 September 2020). Initially, Los Tlacos claimed to support self-defense groups in their fight against gangs’ illegal logging activities in the forests of La Sierra. However, local residents have reported that the Los Tlacos gang has been competing over the control of natural resources in the area. As such, Los Tlacos have been offering protection to private companies exploiting wood resources in exchange for a share of their revenues (Diario del Sur, 11 January 2021). The murdered government representative had been actively involved in local self-defense groups, trying to prevent illegal logging activities (Infobae, 4 April 2021). This is the second reported targeted killing of environmental activists thus far in 2021. In 2020, ACLED records the killing of at least seven activists in Mexico.

In Honduras, unidentified armed men killed a female lawyer in the city of Comayaguela. The victim was recognized as the lawyer of a businessman accused of corruption in the national scheme known as the ‘Pandora’ case. In 2016, 26 politicians and representatives of the private sector were accused of diverting over 12 million US dollars of public money to finance private companies and political campaigns (InsightCrime, 6 August 2020). The list of politicians involved in the case includes members of the National Party. Allegedly, they diverted part of this fund to finance the 2013 campaign of former president Juan Orlando Hernandez (Centro de Estudios para la Democracia, 10 January 2020). In 2020, the Supreme Court of Justice dismissed the charges against 22 of the 26 defendants (Tiempo, 29 September 2020). Thus far in 2021, ACLED records the killings of at least two lawyers, both of whom were working on the Pandora case at the time of their deaths; the perpetrators and motives of the attacks remain unknown (La Prensa, 7 April 2021). In comparison, ACLED records six such killings in all of 2020.

Elsewhere, in Guatemala, the city hall secretary of Malacatan municipality was shot dead by unidentified armed men last week. This attack follows demonstrations over electricity access, which started in February. Residents of the area demand that the ENERGUATE electricity provider reconnects the area to electricity service. This comes after the company suspended the provision of service in several neighborhoods as residents stopped paying their bills to protest against overcharging and high electricity bills (El Heraldo de Chiapas, 13 March 2021). On 24 February, demonstrators set energy infrastructure belonging to the company on fire, causing blackouts in four other municipalities. This led the president of Guatemala to declare the area under a “state of prevention” to restrict citizens’ freedom of assembly and to guarantee public order (Swissinfo, 4 March 2021). As the municipality remains partially cut from electricity supplies, demonstrators detained the mayor and members of his council on 23 March, including the secretary who was killed last week (El Periodico, 9 April 2021). They demand the mayor’s resignation, who they accuse of inaction. It remains unclear whether the killing of the secretary is connected to the conflict over energy supply. For over ten years, the number of complaints against the ENERGUATE company over the overcharging of electricity and the poor quality of its service has grown. In some localities, residents have refused to pay for the service until the electricity supply network is nationalized. This has led to several conflicts as personnel of ENERGUATE have been sent to these localities to cut-off electric cables (TeleSurtv, 18 March 2021).

In Cuba, police crackdowns against opposition members sparked protests in La Habana. On 4 April, a group of people protested and prevented the arrest of a rapper. He was being detained for allegedly not having identification documents. The rapper is a member of the San Isidro Movement, a collective of artists promoting freedom of expression, which has recently openly criticized the regime. After the rapper managed to escape from law enforcement, protesters and other members of the movement marched and sang a popular anti-government song, “Homeland and Life” (BBC, 7 April 2021).

Also last week, government supporters carried out acts of humiliation — known as ‘acts of repudiation’ — against members of the opposition group Patriotic Union of Cuba (UNPACU). Such acts consist of state-led public humiliation through different forms of harassment against regime critics (Amnesty International, 17 September 2015). On 3 April, pro-government supporters threw rocks against the headquarters of the UNPACU, an organization that supports vulnerable communities through the distribution of basic goods. Since March, at least 40 members and supporters of this group have been on a hunger strike, demanding that they be allowed to hand out food to people in need (Diario de Cuba, 10 April 2021). In the first three months of 2021, the number of attacks by the regime against social leaders, journalists, and members of the opposition vocal against the regime have increased. ACLED records at least 12 attacks and acts of repudiation during this time, all of which have been perpetrated by police officers and pro-government militias.