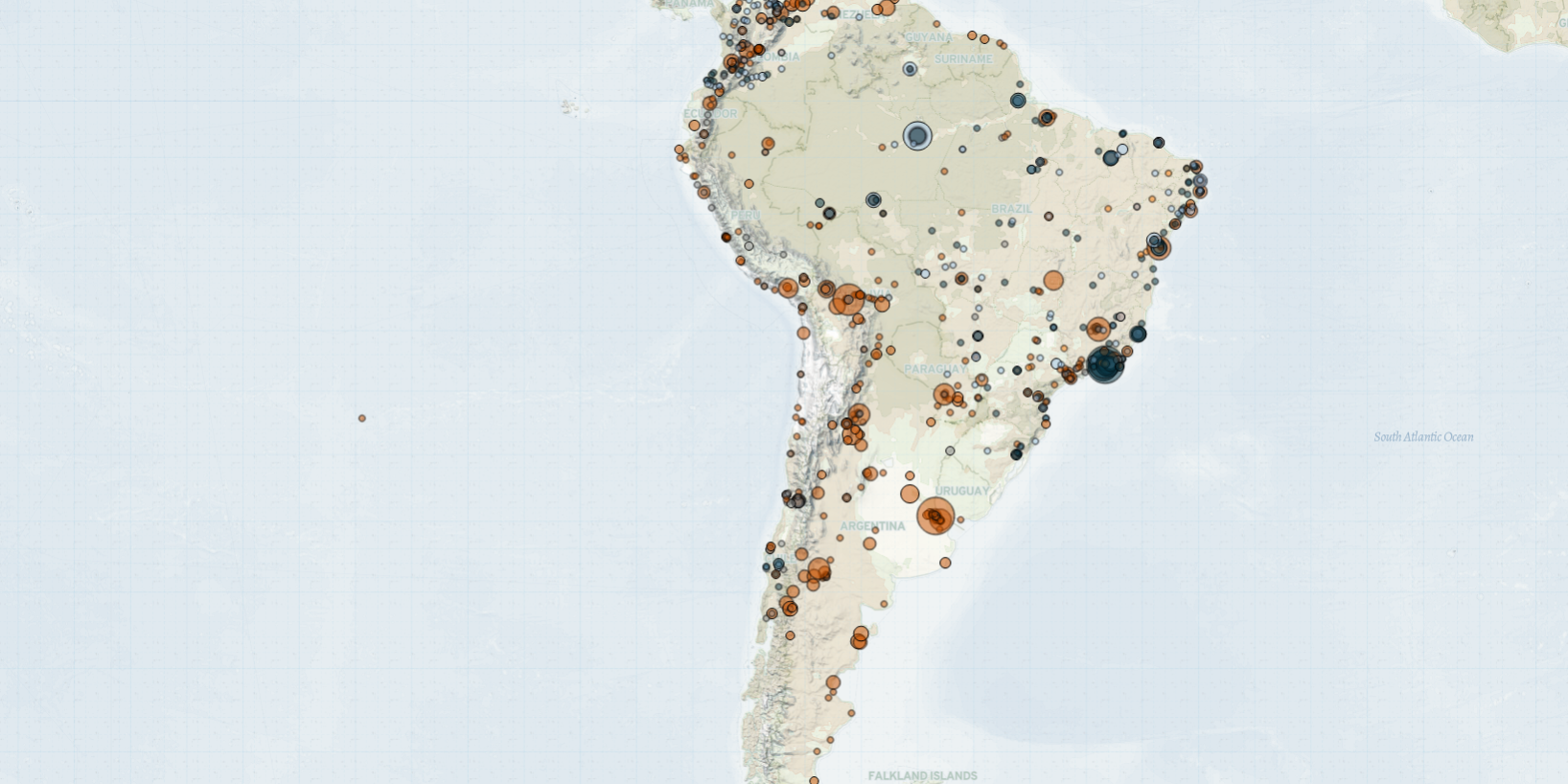 Last week in South America, demonstrations erupted in Chile for access to pension funds amid the economic crisis. In Colombia, attacks against indigenous communities intensified, and armed clashes between dissidents of the Revolutionary Armed Forces of Colombia (FARC) and military forces continued. In Venezuela, protests continued to be held demanding better access to vaccinations against the coronavirus. In Argentina, oil and gas production declines and fuel shortages have worsened due to prolonged roadblocks by healthcare workers. Violent attacks against civilians by organized criminal groups increased in Brazil, and armed clashes continued to take place between state forces and organized criminal groups.

In Chile, demonstrations erupted throughout the country after President Sebastian Piñera appealed to the Constitutional Court to halt a bill that would allow citizens to withdraw, for the third time since the beginning of the pandemic,  10 percent of  their private pension funds. Congress had approved the bill in light of the economic crisis caused by the coronavirus outbreak and the lack of governmental financial aid given to the population (La Tercera, 20 April 2021). Several pot-banging protests and violent demonstrations were reported in the regions of Metropolitana, Atacama, Valparaíso, Magallanes, Arica, and Tarapaca (Chanarcillo, 22 April 2021).

In Colombia, the indigenous governor of the La Laguna Sibera indigenous reserve, Sandra Liliana Peña, was killed in the Cauca region. Peña was a leader of the Nasa indigenous population and had led local efforts to eradicate the farming of illegal coca plants. In the days leading up to the attack, she had publicly condemned the cultivation of illicit crops that had spread in the region (Frontline Defenders, 22 April 2021). Following the attack, members of the Cauca National Indigenous Council (CRIC) held a demonstration to denounce the killing of Peña, to demand respect for their territory, and to call for the eradication of illegal crops. Several coca farmers attacked and opened fire against the protesters and members of the Indigenous Guard. At least 31 indigenous people were injured during the event (Colombia Peace, 25 April 2021). Human rights organizations have called for justice following the killing of Peña, decrying the lack of guarantees for the protection of human rights defenders in Colombia (Amazon Frontlines, 21 April 2021).

Also in Colombia, clashes continued between the Carlos Patiño Front, a FARC dissident faction, and the Colombian armed forces in Argelia, a rural municipality in the Cauca department. As a result, at least 10 FARC dissidents and one soldier were killed. Moreover, 250 civilians fled the area due to the escalation of violence, and at least three were heavily injured by a landmine while they attempted to flee the region (Infobae, 18 April 2021).

In Venezuela, protests over the provision of the coronavirus vaccine continued to take place across the country for the fifth consecutive week. Last week, protests escalated compared to previous weeks. Protesters condemn President Nicolás Maduro’s mishandling of the health crisis. During the demonstrations, health workers highlighted a number of issues they face while performing their work, such as the dire infrastructure conditions at health centers and the lack of protective gear (La Patilla, 22 April 2021).

In Argentina, more than 20 different stretches of the road that leads to the Vaca Muerta oilfield, in Neuquén province, were blocked by health workers for the second consecutive week. The workers are demanding a salary raise in light of the increased workload and high risk of coronavirus contagion in hospitals. The continuing roadblocks brought to a halt the production of oil and gas in around 45 oil rigs. The accumulated economic loss was approximately USD 13 million per day (La Nación, 22 April 2021).

Lastly, in Brazil, over 40 civilians were killed by organized criminal groups in violent attacks last week, an increase when compared to the previous week. Likewise, over 30 clashes between state forces and organized criminal groups were reported. In the city of Rio de Janeiro, military police carried out two operations in the north zone of the city, one in the Maré Complex and another in the Alemão Complex. Heavy shoot-outs took place and at least three armed suspects were killed in the Maré Complex (R7, 22 April 2021). Police operations in communities of Rio de Janeiro have been prohibited by a judicial decision by the Supreme Court in 2020. Still, police stated that these two operations were justified by the principle of exceptionalism, which aims to preserve public security, and is enshrined in the Court’s decisions (G1, 22 April 2021). Food distribution and vaccination were disrupted during the operations.