Regional Overview: Mexico, Central America, and the Caribbean
29 May-4 June 2021 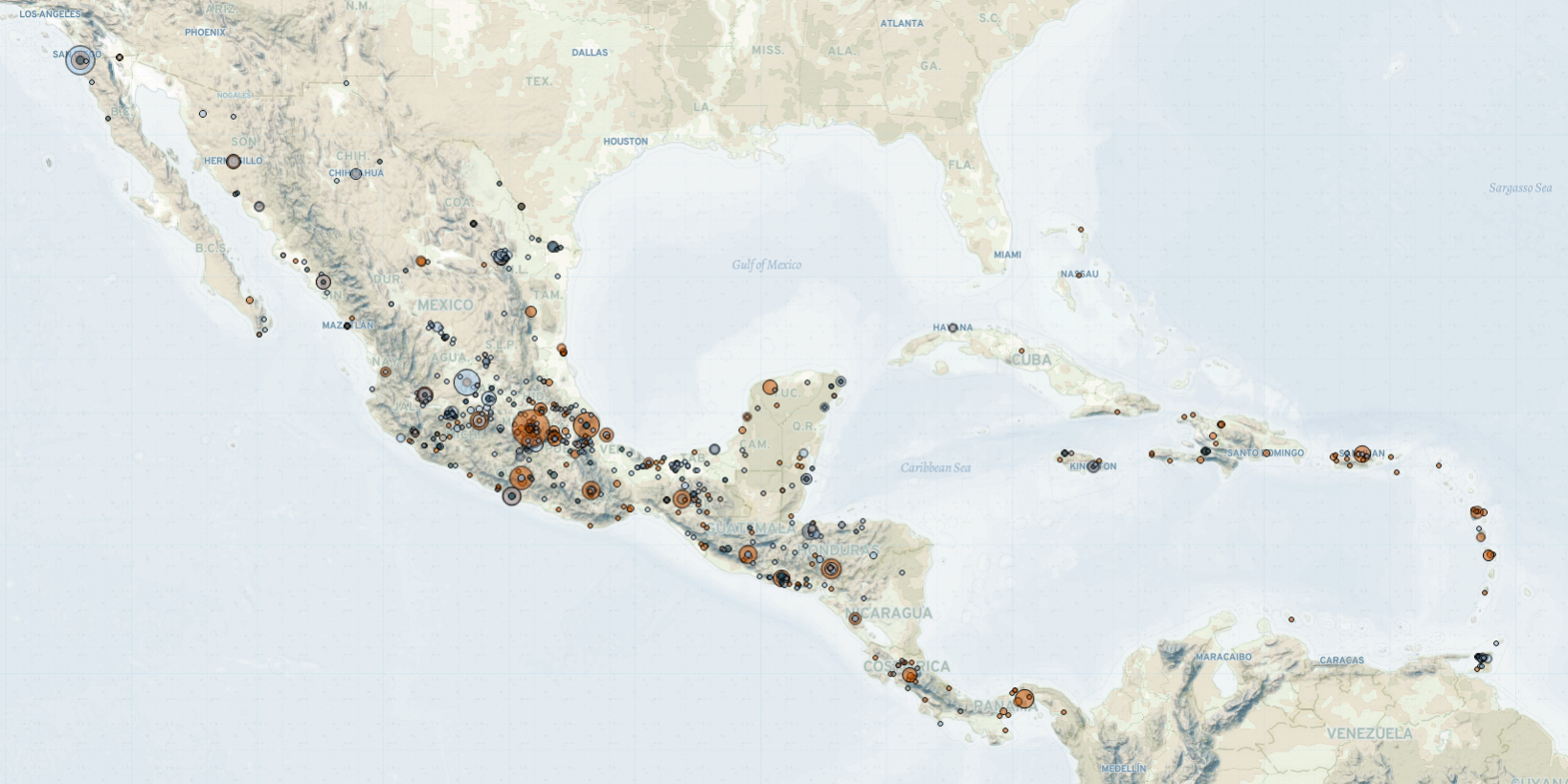 Last week in Mexico, Central America, and the Caribbean, levels of violence remained high. In Mexico, the number of incidents targeting politicians ahead of the federal elections increased compared to the previous week. In Nicaragua, the government’s crackdown on members of the opposition continued with the arrest of Cristiana Chamorro, a serious contender in the presidential election. In Haiti, the Grand Ravin and Ti Bwa gangs, both alleged members of the G9 coalition, clashed over the control of Martissant 1 and 7 neighborhoods in Port-au-Prince. Elsewhere, in Puerto Rico, the takeover of the state electricity company Puerto Rico Electric Power Authority (PREPA) by the US Luma Energy company sparked protests.

In Mexico, electoral violence reached unprecedented levels compared to previous weeks. Last week, ACLED records at least 37 attacks and abductions of politicians. This took place a week ahead of federal elections scheduled for 6 June.  High levels of electoral violence can be partially explained by the magnitude of the federal elections. This year, over 20,000 elected positions are being contested at different administrative levels (NPR, 4 June 2021), thus multiplying the possibility for conflicts. Early results reveal that the President’s National Regeneration Movement (MORENA) party might lose the two-third majority in the lower house of Congress (The New York Times, 7 June 2021). This might in turn affect the reform agenda of the President. The final results of the local and governor elections are still expected. MORENA leads the votes in 11 out of the 15 governorships up for election (El Pais, 8 June 2021).

Most of the attacks in Mexico were perpetrated by anonymous or unidentified armed agents or gangs. Violence targeting politicians is mainly attributed to the activities of organized crime groups who seek to secure the election of candidates supporting their activities (BBC, 20 May 2021). Thus far this year, ACLED records the highest levels of electoral violence — defined here as violence against politicians and government workers — in the state of Veracruz. This state is strategic to criminal organizations for its access to shipping routes of chemical precursors necessary to the production of synthetic drugs (Insight Crime, 3 June 2021).

However, ACLED also records significant levels of electoral violence in states that are less coveted by organized crime groups, suggesting that violence targeting politicians might also be carried out by other actors. Last week, ACLED records at least nine violent incidents involving members of rival political parties. In the state of San Luis Potosi, supporters of the mayoral candidate running for the National Action Party (PAN) and the Party of the Democratic Revolution (PRD) allegedly opened fire at a van of a candidate affiliated with rival political parties. The targeted candidate threatened to attack the house of his opponent back, leading to a clash between supporters of the rival political forces. Meanwhile, in the state of Chiapas, members of the Tzotzil Mayan indigenous community detained a mayoral candidate for the Citizens’ Movement party for failing to meet his campaign promises.

In Nicaragua, members of the National Unit Blue and White (UNAB) opposition movement protested against the government’s crackdown on political opposition. On 2 June, law enforcement placed Cristiana Chamorro under house arrest. This comes after Chamorro — a serious contender in the presidential elections scheduled for 7 November — announced that she will be running as a candidate in the Citizen for Freedom party’s primary elections (BBC, June 3 2021). Officially, Chamorro is being accused of money laundering while she was the director of the Violeta B de Chamorro Foundation, a non-profit organization for the defense of freedom of expression. The criminal investigation launched against the candidate prevents her from holding public office and compromises her participation in the runoff. Opposition supporters claim that the move is yet another step in the government’s strategy to prevent opposition contenders from running in the election (France 24, 3 June 2021).

The arrest of Chamorro will likely fuel tensions between the government and its opposition. At least 125 people remain in jail for their participation in anti-government demonstrations in 2018 (Deutsche Welle, 6 March 2021). On 31 May, relatives of political prisoners protested to demand their release. Inmates voiced similar demands a day after in La Modela penitentiary center, denouncing mistreatment, overcrowding, and unsanitary detention conditions. Following the detention of Chamorro, relatives and defenders of political prisoners called for a national strike (Al Jazeera, June 4 2021).

In Haiti, the Grand Ravin gang clashed with members of the Ti Bwa gang, leading to the death of at least five people. The clash was initiated as a result of gang rivalry over the control of Martissant 1 and 7 areas. It forced dozens of residents to flee the neighborhood of Martissant. Allegedly, both gangs are members of the G-9 gang coalition (RHI News, 2 June 2021), an alliance created in June 2020 under the leadership of former police officer Jimmy Chérizier. Civil society organizations have credited the G-9 gang with links to the government, which would rely on the coalition to crush political dissent in neighborhoods with anti-government stances (Alterpresse, 23 June 2020). Although it remains unclear what might have triggered division within the gang alliance, the G-9 leader reportedly called for a ceasefire between the Gran Ravin and Ti Bwa gangs (Zoom Haiti News, 3 June 2021).

Finally, in Puerto Rico, protests increased following the privatization of PREPA. The management of Puerto Rico’s power grid has been handed over to the US company Luma Energy to restore damage to the energy system caused by 2017 Hurricanes Irma and Maria and to absorb a 9 billion USD debt. However, unions are opposed to the privatization, claiming that it would lead to substantial job losses for PREPA workers (El Vocero, 1 June 2021). A few days after the takeover by Luma Energy, electricity users claim that their electricity bills have increased and complain about the lack of customer service in the Spanish language. This further ignites claims that the privatization of PREPA has been imposed by the US government against a backdrop of tensions between Puerto Rico and the United States government (Al Dia, 3 June 2021).

Sandra Pellegrini is a Central America Research Manager at ACLED. In her role, she supports the coding of political violence and protest events in the Caribbean, Central America, and Mexico. She holds an International Master in Russian, Central and East European Studies from the University of Glasgow and a Master of International Relations from KIMEP University Almaty. Her research interests include geopolitics, conflict prevention, minority rights and challenges faced by civil society organizations across Latin America and the post-Soviet space.
9 June 2021
Share
TweetShare on Twitter Share on FacebookShare on Facebook Share on LinkedInShare on LinkedIn