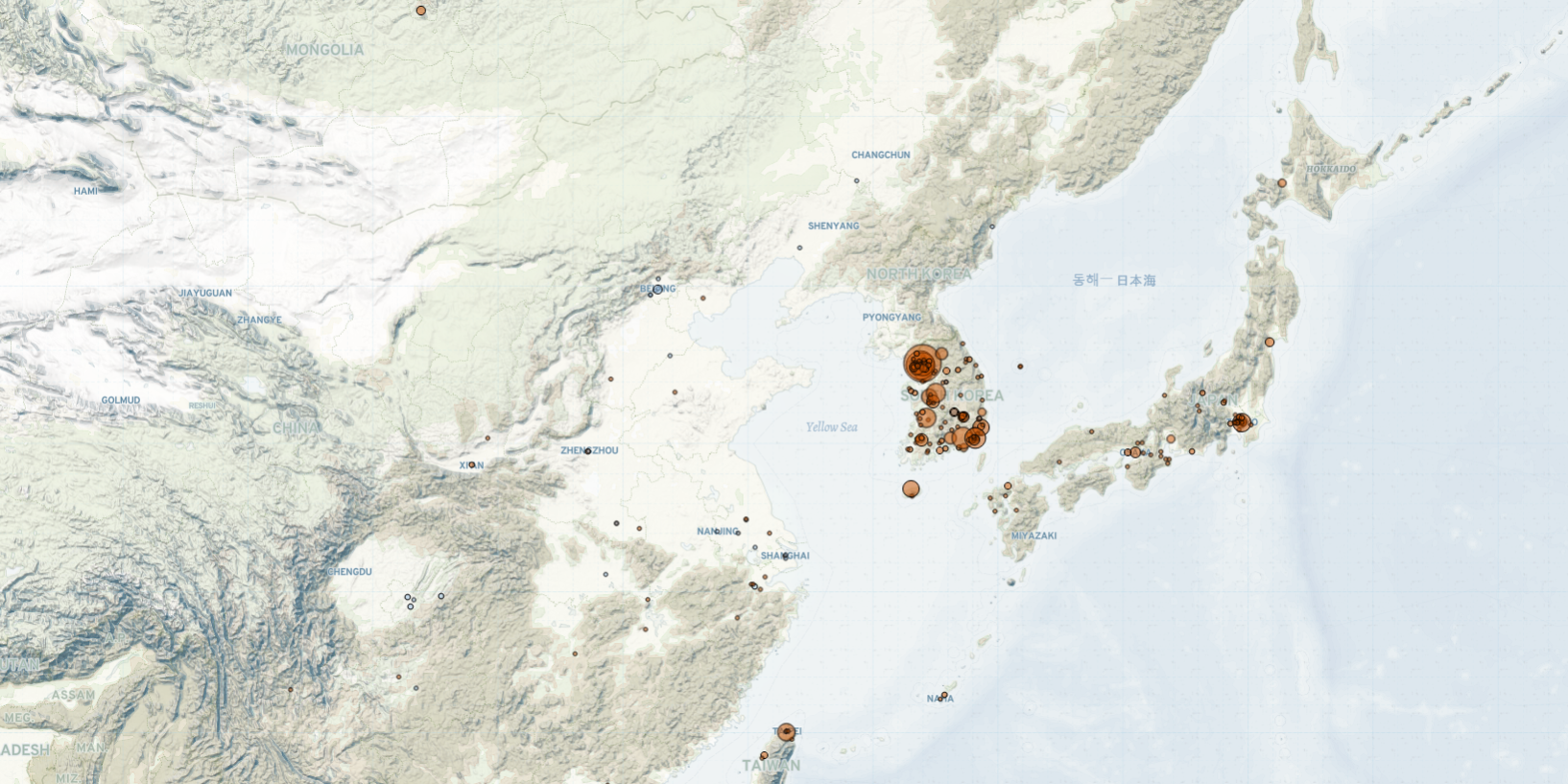 Last week in East Asia, the Hong Kong police raided the office of pro-democracy newspaper Apple Daily and arrested five senior executives, signaling a further erosion of democratic freedoms in the city. In North Korea, the authorities have cracked down on illegal phone use, amid worsening food insecurity in the country. In Japan, protests continue to be staged in opposition to a bill that tightens state control over real estate purchases on the grounds of national security. Lastly, in South Korea, delivery workers ended a two-day sit-in protest after reaching a new agreement with logistics companies to alleviate their workload.

In Hong Kong, hundreds of police officers searched the office of the Apple Daily newspaper, a key voice of dissent in the city, and seized journalistic materials as evidence for potential violations of the National Security Law (HKFP, 17 June 2021). Five senior executives were arrested during the raid, two of whom were charged one day later for alleged collusion with a foreign country (CNA, 18 June 2021). The paper, which has gained popularity as a staunch critic of the Chinese and Hong Kong governments, has come under tremendous pressure since the passing of the National Security Law in June 2020 (South China Morning Post, 17 June 2021). The founder of the parent company that publishes Apple Daily, Jimmy Lai, has already been charged with three counts under the same law (CNA, 18 June 2021). Following the raid, eight media organizations published a statement condemning the act, stating that the Hong Kong government has “weaponized” the National Security Law against the media (Asia Times, 17 June 2021).

In North Korea, a crackdown on the illegal use of mobile phones has intensified over recent weeks (Radio Free Asia, 16 June 2021). Although making phone calls from North Korea to China or South Korea is illegal, the use of smuggled devices has become an important means of arranging remittances from relatives living abroad (Radio Free Asia, 16 June 2021). According to sources inside North Korea, state security forces have arrested nearly 200 residents from four provinces bordering China since late May as a part of an operation targeting illegal mobile phone use (Daily NK, 16 June 2021). The crackdown comes at a time of increased financial stress in the country, with reports of acute food shortages and price spikes exacerbated by the ongoing closure of the Sino-North Korean border amid the coronavirus pandemic (BBC, 17 June 2021).

In Japan, on 16 June, the Diet passed a bill regulating the sale, lease, and purchase of land in areas deemed important to Japan’s national security. The law addresses concerns about foreign entities owning land near Japanese airports, military bases, nuclear plants, and other critical infrastructure that could be used for strategic advantage by rival nations (The Japan Times, 26 March 2021). Buyers and renters will now be required to disclose their name, nationality, and purpose of land use to the Japanese government for properties within one kilometer of critical infrastructure. The same rule applies to those who plan to use or buy land on border islands deemed vital for Japan’s security. Under the bill, the Japanese government retains the right to block such transactions if they are deemed to be suspicious (Nikkei Asia, 16 June 2021). Japanese citizens held protests in Tokyo, Osaka, and Kyoto last week to voice their concerns over the new law. Protesters argue that government oversight of property may strengthen surveillance of local citizens and may weaken protest activities by residents near military bases and nuclear facilities (Asahi Shimbun, 15 June 2021). Anti-military bases and anti-nuclear protests are two of the largest protest trends in Japan.

Lastly, in South Korea, thousands of delivery workers staged an overnight protest in Seoul last week, calling for improved working conditions as part of nationwide demonstrations and a general strike that began the previous week (Yonhap News Agency, 15 June 2021). They demanded that logistics companies and the state-run Korea Post implement an agreement reached in January to prevent ‘overwork deaths’ caused by the increased demand for deliveries during the pandemic. The demonstration ended after delivery workers and logistics companies struck a tentative agreement on 16 June (Korea JoongAng Daily, 16 June 2021). Under the new agreement, logistics companies promise to hire additional staff to sort parcels, to limit work hours to 60 hours a week, and to ban delivery after 9pm. As prior protests have centered on the failure to carry out previous agreements, the implementation of the new agreement will play a decisive factor in further protest activity.