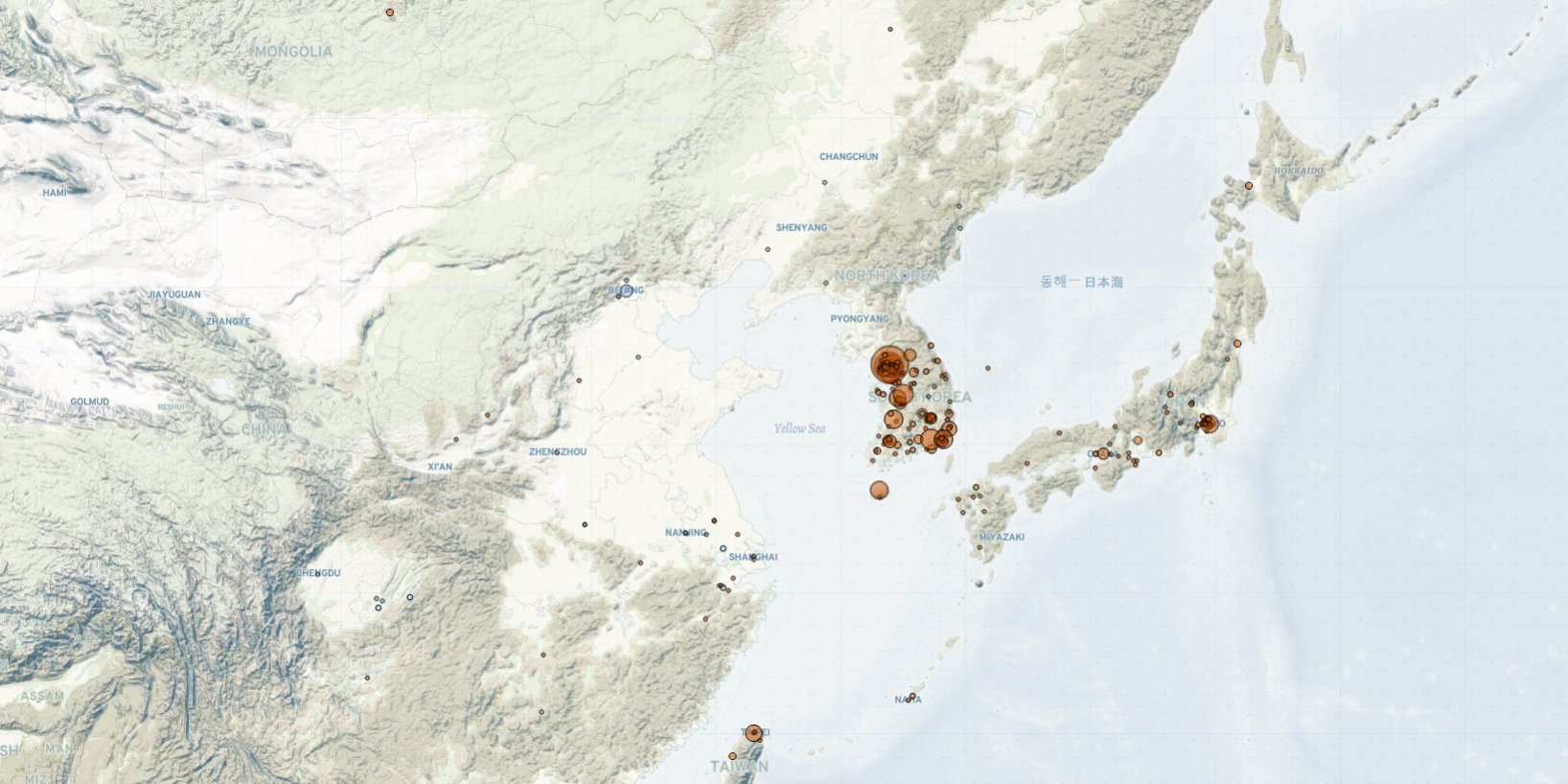 Last week in East Asia, Hong Kong’s largest pro-democracy paper Apple Daily ceased operations after authorities arrested six of its senior staffers and froze its assets under the National Security Law. Demonstrations opposing the Olympics in Japan increased last week amid a rise in COVID-19 infections in Tokyo just a week after a state of emergency was lifted (The Japan Times, 28 June 2021). In South Korea, health workers and labor unions held rallies across the country and announced further protests demanding better working conditions.

In Hong Kong, the city’s largest pro-democracy news outlet Apple Daily closed on 24 June, after Hong Kong authorities froze its assets under the National Security Law. Earlier in the week, the paper stated that it would be forced to make a decision to cease operations by 25 June if authorities did not grant their parent company access to its accounts (Guardian, 21 June 2021). During the previous week, police raided Apple Daily’s office and arrested five senior executives, two of whom were later charged for alleged collusion with foreign countries (Straits Times, 18 June 2021). This was swiftly followed by the arrest of the paper’s lead editorial writer on 23 June under the same charge. His arrest prompted the news outlet to announce its decision to suspend operations on 24 June, a day earlier than originally planned (Guardian, 23 June 2021; HKFP, 24 June 2021).

In response to the announcement, many citizens gathered overnight at Apple Daily’s headquarters to show their support as the paper’s final edition went to print. Others lined up at newspaper stands across Hong Kong to purchase a copy of the paper’s final edition (The Stand News, 24 June 2021; HKFP, 24 June 2021). The announcement of Apple Daily’s closure has sparked concern from rights groups, media organizations, and Western governments over the erosion of press freedom in Hong Kong (CNA, 23 June 2021).

Meanwhile, more than half of the protest events recorded by ACLED in Japan last week were focused on opposing the upcoming Tokyo Olympics. Various groups, including medical workers, anti-war activists, and members of opposition parties, joined the protests, demanding the cancellation of the games amid concerns about the spread of COVID-19. A number of demonstrations coincided with International Olympic Day on 23 June, a day commemorating the founding of the modern Olympic Games (Asahi Shimbun, 23 June 2021). According to a recent poll, 83% of Japanese citizens oppose holding the Olympics this summer (Asahi Shimbun, 3 June 2021).

Also in South Korea, thousands of unionized workers staged a walkout on 25 June to protest discrimination against “irregular” workers (Kyunghyang Shinmun, 25 June 2021). They called on the government to convert contract workers into full-time employees with benefits (YNA, 25 June 2021). Additionally, the Korean Confederation of Trade Unions (KCTU), one of the largest labor unions in South Korea, announced a massive rally on 3 July to call for the abolition of irregular jobs. Demands for better working conditions for irregular workers continue to drive protests in South Korea despite the Moon Jae-in administration’s pledge for “zero irregular jobs” (No Cut News, 22 June 2021).