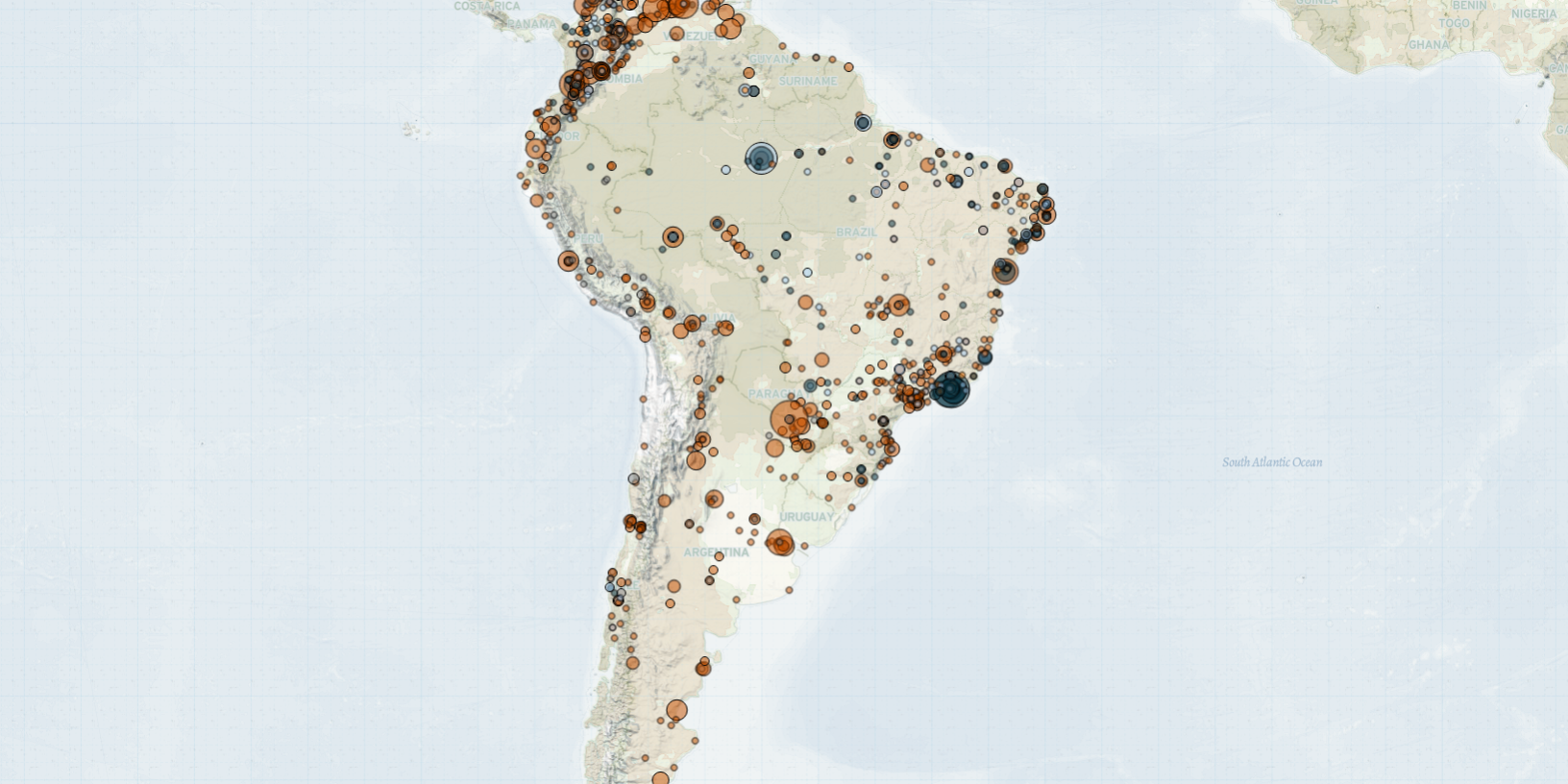 Last week in South America, indigenous peoples carried out protests in Paraguay, Brazil, and Ecuador. In Peru, supporters of rival presidential candidates took to the streets amid a dispute over election results. Meanwhile, in Colombia, a helicopter transporting President Iván Duque was struck by multiple bullets. Moreover, the leader of the National Liberation Army (ELN) stepped down from his position for health reasons, and the group elected a new leader. In Brazil, anti-government protests were held against the government’s mishandling of the coronavirus pandemic.

In Paraguay, indigenous peoples held a protest last week in the city of Asunción against the purchase of indigenous lands by the government. Furthermore, an Ava Guaraní group gathered in front of the National Congress to protest against the eviction of the Ka’a Poty people from land in the Itakyry district of Alto Paraná department. On 15 June, police evicted the group from the land with a court order, claiming that the area is a private estate (ABC Color, 22 June 2021). In turn, the Senate’s Committee for Indigenous People backed the rights of the Ka’a Poty people, stating that the court order was unlawful and that the Itakyry territory had been acquired by the state through litigation in 1996. It has been registered to both the state and the Ka’a Poty community since 2008 (National Congress, 22 June 2021).

Similarly, indigenous groups carried out nationwide protests across Brazil last week against the approval of a bill curtailing their land rights. The bill opens up protected indigenous lands to commercial agriculture and mining (Agência Brasil, 23 June 2021).

Likewise, in Ecuador, protests were held by indigenous peoples to condemn the arrest of the Kichwa leader, Antonio Vargas, in Pastaza province on 22 June. Vargas’ arrest was linked to investigations into his alleged involvement in the land trafficking of the former Té Zulay farm in 2017 (El Comercio, 22 Junio 2021). The Confederation of Indigenous Nationalities of Ecuador and the Confederation of Indigenous Nationalities of the Ecuadorian Amazon claim that the arrest was unlawful and have demanded his release (El Comercio, 22 Junio 2021).

In Peru, with the country still awaiting the official results of the 6 June presidential election, supporters of both left-wing candidate Pedro Castillo and right-wing Keiko Fujimori took to the streets last week. Fujimori continues to make claims of electoral fraud, despite a lack of concrete evidence to support her allegations. Fujimori claims that Castillo’s party, Free Peru, rigged thousands of votes and modified vote counts in his favor (Al Jazeera, 13 June 2021). Fujimori’s allegations have caused the delay of the official results (La Republica, 19 June 2021).

In Colombia, unknown gunmen fired multiple bullets at a helicopter transporting President Iván Duque as it landed  in Cúcuta municipality, after a visit to the Catatumbo region on the Venezuelan border. The ministers of defense and the interior were also onboard the helicopter (La Opinion, 25 June 2021). The attack illustrates the government’s failure to attend to the security crisis in the unstable Colombia-Venezuela border region which has worsened after Venezuela broke diplomatic ties with Colombia in 2019, ending cooperation on security matters (Colombia Reports, 28 June 2021).

Meanwhile, also in Colombia, ELN commander-in-chief Nicolás Rodríguez Bautista, aka Gabino, stepped down last week for health reasons. The armed group appointed Eliécer Herlinto Chamorro, aka Antonio Garcia, as its new commander (AFP, 25 June 2021). Chamorro’s election has sparked concerns that peace negotiations with the government could be hindered due to Chamorro’s alleged involvement in the bombing of a police training academy in Bogotá in January 2019. The bombing led President Duque to pause official dialog with the ELN (El Colombiano, 18 January 2021). Nevertheless, in May this year, government officials expressed their willingness to resume the negotiations (DW, 11 May 2021).

Lastly, thousands of citizens took to the streets in Brazil on 19 June in a nationwide protest calling for the impeachment of President Jair Bolsonaro (G1, 19 June 2021). The demonstrations were triggered as the country passed the grim threshold of 500,000 COVID-19 deaths — the second-highest death toll in the world (El País, 19 June 2021). Opposition parties, labor unions, and civil society organizations accuse Bolsonaro of stalling the vaccine program and disregarding the consequences.