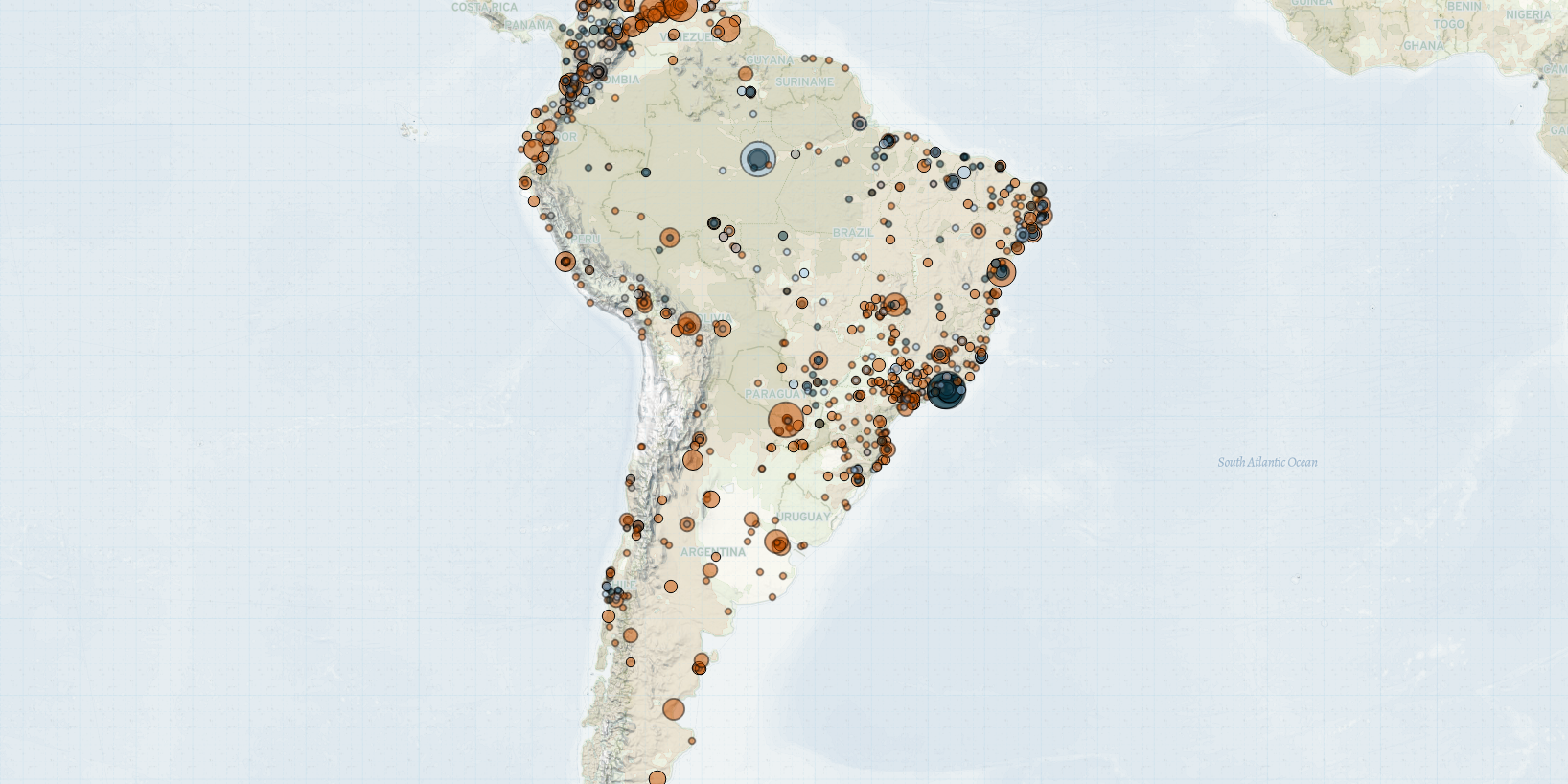 Last week in South America, anti-government protests, and protests demanding the release of a prominent indigenous leader, were held in Argentina. In Chile, the new constitutional assembly was inaugurated, with an Indigenous Mapuche woman chosen to lead the body drafting the new constitution. In Colombia, military forces launched an airstrike on a camp of the Revolutionary Armed Forces of Colombia (FARC) dissidents, as violent clashes between armed groups continue to take place in the country. In Venezuela, protests erupted against the arbitrary imprisonment of human rights activists. In Brazil, citizens took to the streets in nationwide protests demanding the resignation of President Jair Bolsonaro.

In Argentina, anti-government protests were held on 9 July, coinciding with the country’s Independence Day. Protesters, led by farmers and opposition groups, demand an end to state intervention in the economic market, which they claim threatens employment, regional economies, and the country’s development. Moreover, hundreds of people (Diario El Dia, 7 July 2021) set up a four-day camp in the city of Buenos Aires to demand the release of indigenous leader and founder of the Tupac Amaru movement, Milagro Sala. Demonstrators claim she is a political prisoner (Diario El Dia, 7 July 2021). Sala has been imprisoned since 2016, shortly after former president Mauricio Macri took office; she is charged with sedition and abetment after organizing a month-long protest against the state governor. Her controversial arrest and prosecution have been considered arbitrary by the United Nations and international human rights organizations (EU Parliament, 16 November 2016).

In Chile, the new constitutional assembly was inaugurated on 4 July, made up of 155 independent delegates, who were elected last May. The body picked university professor and activist for Mapuche rights, Elisa Loncon, to lead the drafting of the new constitution (Al Jazeera, 4 July 2021). Demonstrations erupted during the opening constitutional session, with citizens demanding an amnesty law for people arrested during the country’s political unrest in 2019 (El Universo, 6 July 2021). The decision to rewrite a new constitution was settled in October 2020, when the majority of the population voted to replace the current constitution, which has been in effect since the Augusto Pinochet dictatorship. The Pinochet-era constitution was drafted without popular input during the military dictatorship and was approved in a rigged plebiscite in 1980 (El País, 24 October 2020).

In Colombia, violent armed clashes were registered in the Bolívar department between the National Liberation Army (ELN) and dissidents of the FARC last week. Seven combatants were killed, and an unknown number of people were injured in the clash (El Tiempo, 9 July 2021). Furthermore, state forces bombarded a FARC dissident camp in the Caquetá department, killing at least five dissident FARC soldiers of the Segunda Marquetalia faction (Infobae, 6 July 2021).

Meanwhile, in Venezuela, citizens took to the streets last week to protest the arbitrary imprisonment of the director of the NGO FundaRedes, Javier Tarazona, and three other activists. NGO workers and members of civil society protested against the criminalization of human rights defenders, urging authorities to release Tarazona and the other activists from prison (9 July 2021, El Pitazo). Tarazona was arrested by the Bolivarian Intelligence Service on 2 July, while making an official complaint against harassment by government officials. His arrest came just days after he requested an official investigation into reported links between the Venezuelan government and Colombian armed groups (DW, 3 July 2021). Alongside two other FundaRedes activists, Tarazona was presented before a terrorism tribunal and charged with inciting hatred, treason, and terrorism (El Pitazo, 3 July 2021). Such charges are often used to criminalize human rights defenders and journalists in the country (Freedom House, 7 July 2021).

Lastly, in Brazil, thousands of citizens took to the streets on 3 July, in nationwide protests demanding the resignation of President Jair Bolsonaro (G1, 3 July 2021). The demonstrations were fueled by recent allegations of Bolsonaro’s role in a vaccine corruption scheme. He is under scrutiny over a deal to secure 20 million doses of a vaccine that has neither completed clinical trials nor been approved by regulators (NY Times, 3 July 2021). He has been caught up in allegations of irregularities surrounding the 1.6 billion reais (USD 316 million) contract signed with a Brazilian intermediary company of the Bharat Biotech vaccine (Reuters, 13 July 2021). The Supreme Court has authorized an investigation into the president for prevarication over his alleged failure to comply with his public duty by allegedly overlooking irregularities during vaccine negotiations (The Economist, 7 July 2021).