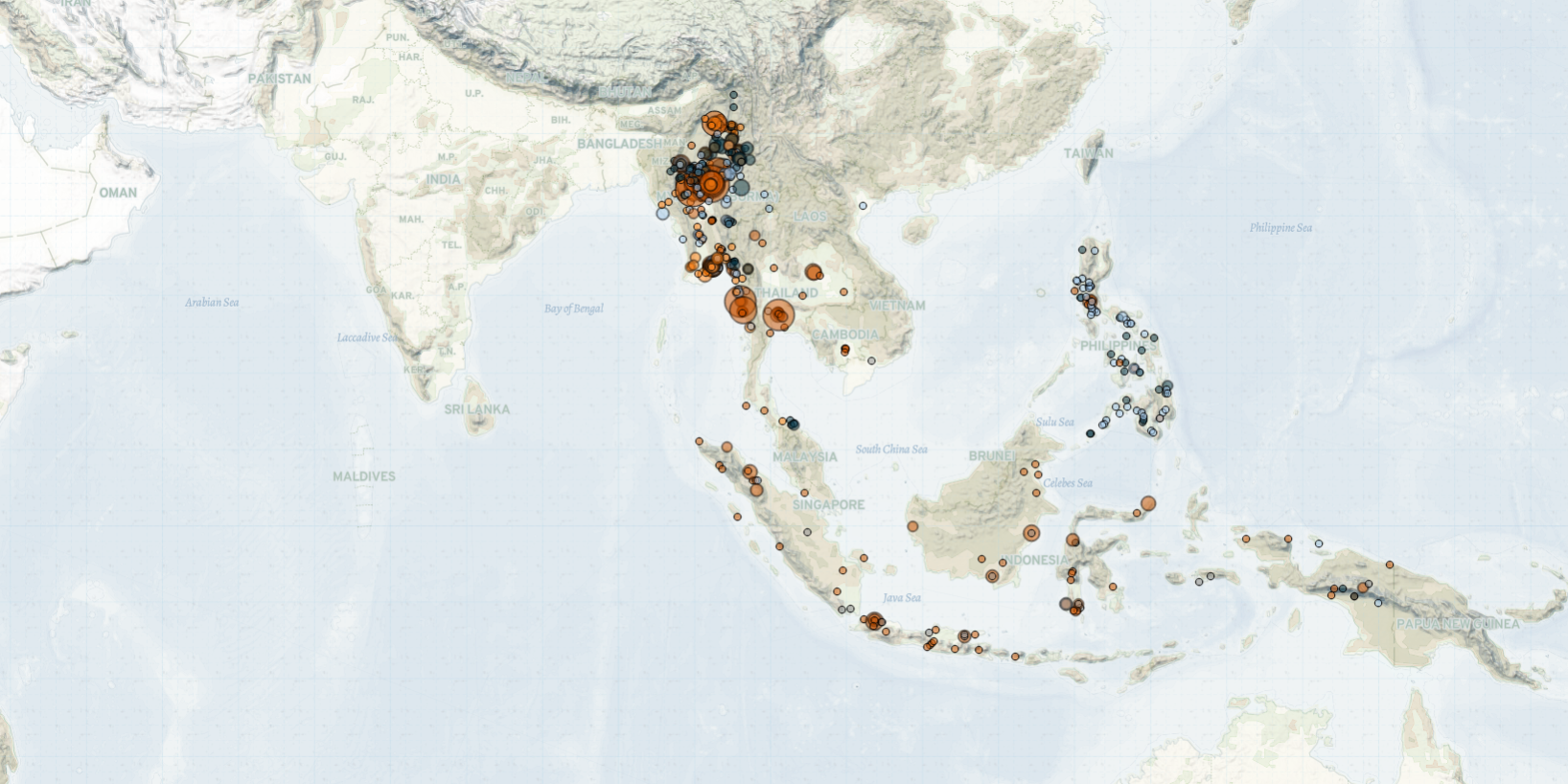 Last week in Southeast Asia, anti-coup protesters in Myanmar held mock funerals on 3 July to mark the birthday of the regime leader. Meanwhile, township electricity offices were hit by a spate of bomb attacks. The attacks are likely in response to the military regime’s intensified pressure on those who have refused to pay their bills as part of the anti-coup movement. Separately, clashes between the Myanmar military and ethnic armed organizations (EAOs) continued in parts of Myanmar, while the military reportedly suffered heavy casualties in a clash with a local People’s Defense Force (PDF) group in Sagaing region. Meanwhile, in Thailand, anti-government protests persisted amid growing dissatisfaction with the government’s handling of the pandemic. Additionally, there was an increase in separatist violence in the deep south. Lastly, in Indonesia, fighting between state forces and the West Papua National Liberation Army (TPNPB) continued in Papua province.

In Myanmar, anti-coup demonstrators continue to protest against the military regime. On 3 July, protesters held mock funerals to mark the 65th birthday of regime leader Min Aung Hlaing. Prior to the 1 February coup, the regime leader was expected to be subjected to mandatory retirement when he turned 65, as stipulated by the military-drafted constitution (Channel News Asia, 3 July 2021). The regime has since removed the retirement age for its two top leaders (Irrawaddy, 20 May 2021). Separately, on 7 July, hundreds of protesters held a flash mob-style protest in downtown Yangon to mark the anniversary of student-led protests against Myanmar’s first military regime in 1962, during which more than 100 students were killed (RFA, 7 July 2021).

Meanwhile, there was a series of bomb attacks at state-owned township electricity offices last week. The wave of attacks is likely in response to warnings issued by the military regime to members of the public who have not been paying their electric bills since the military takeover (Mizzima, 9 July 2021). Anti-coup supporters have urged the public not to pay bills in order to stop all funds that reach the regime (Myanmar Now, 9 July 2021).

Meanwhile, heavy casualties were reported in Sagaing region during a clash between the Myanmar military and a local PDF group in Kawlin township on 4 July. The region has been a stronghold of resistance since the coup, with clashes between the military and resistance groups breaking out in recent months. There were reports by residents of the KIO/KIA’s involvement in the clash, although this has not been confirmed by the armed group (Myanmar Now, 6 July 2021). The KIO/KIA has yet to publicly confirm any joint operations with PDF groups, and instead stated that it was “possible” that some of their soldiers “might have helped the resistance fighters” (Irrawaddy, 7 July 2021).

In Thailand, anti-government protests persisted amid rising COVID-19 infections. Last week, protesters voiced their dissatisfaction over the government’s handling of the vaccination campaign. Following the outbreak of the Delta variant in the country in May (The Nation, 25 June 2021), demand for mRNA vaccines has been high in Thailand amid growing concerns over the efficacy of Chinese-made vaccines (Nikkei Asia, 9 July 2021; Bangkok Post, 5 July 2021). Additionally, the number of COVID-19 cases in Thailand reached a record high last week (The Star, 9 July 2021), prompting the government to announce lockdown measures and an overnight curfew in 10 provinces (Prachatai, 10 July 2021). As the measures were announced, protesters rallied in different parts of Bangkok, riding motorcycles and cars, accusing the government of incompetence in addressing the pandemic (Thai PBS World, 10 July 2021). Although these new restrictions are expected to impact the number of protests, activists have vowed to keep protesting in the form of car rallies (Guada World, 9 July 2021).

Additionally, there was a spike in separatist violence in the deep south of Thailand last week as the military carried out operations targeting suspected insurgents. Notably, state forces were locked in a standoff with insurgents for at least 12 hours in Pattani province, during which multiple negotiation attempts were made (Isranews Agency, 5 July 2021; Benar News, 9 July 2021). Two separatists were eventually killed after failing to surrender. Local NGOs claim that security forces had deployed up to 100 troops during the operation — outnumbering the insurgents by far — causing the rebels to feel cornered and thereby prompting them to fight back (Benar News, 9 July 2021). Military officials deny this claim, insisting that the tactical team only had 20 members (Benar News, 9 July 2021). The incident sparked concern among local human rights groups over the use of disproportionate force by security forces when pursuing rebels in the deep south (Benar News, 9 July 2021).

Lastly, in Papua province, Indonesia, there was a slight increase in fighting between Papuan separatists and state forces. On 6 July, the TPNPB fought with state security forces in the Nduga regency, leading to three soldiers and one rebel being wounded (Kompas, 7 July 2021). Two days later, there was another exchange of fire in Kago village, though no casualties were reported (Kompas, 9 July 2021).