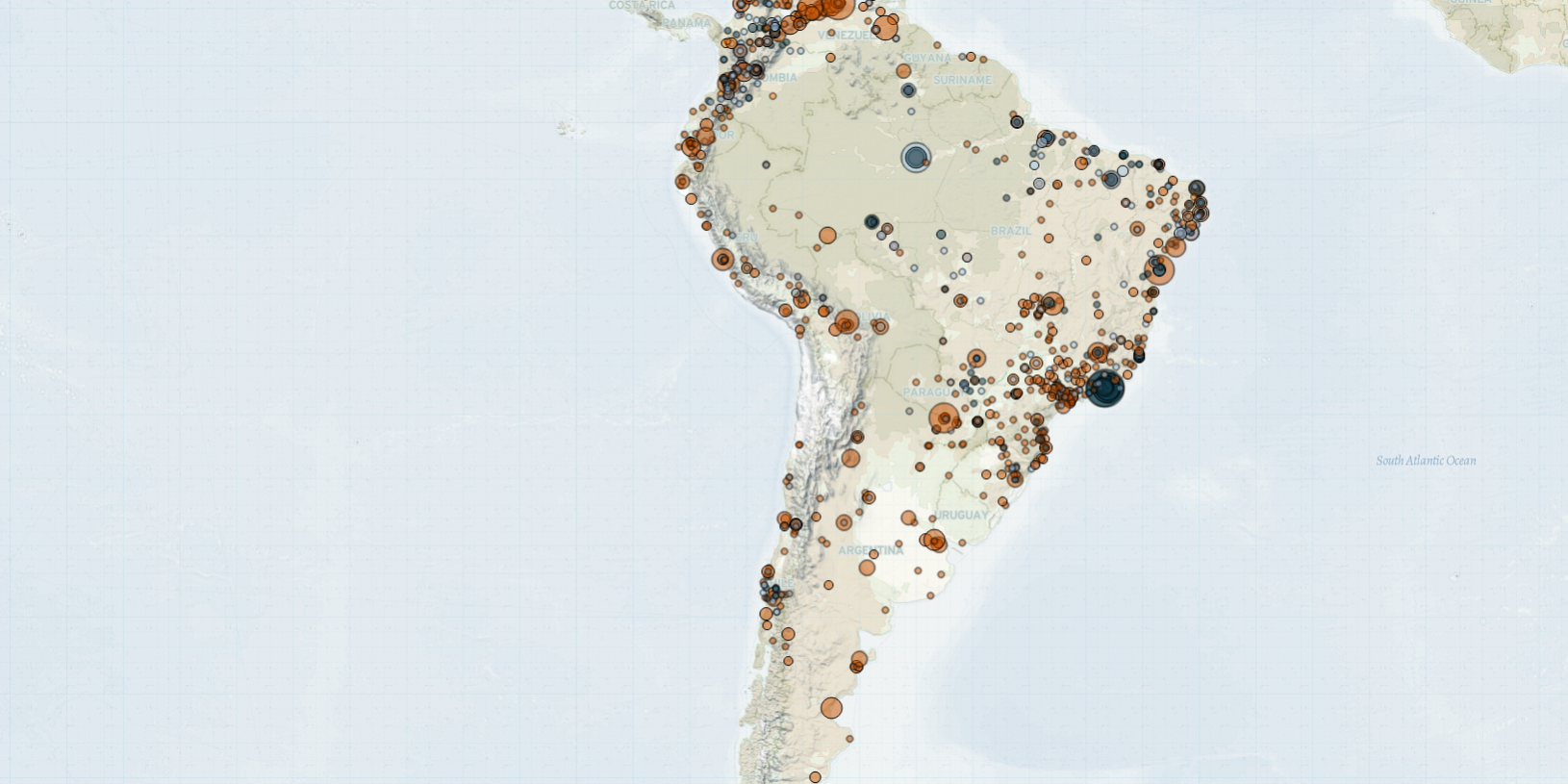 Last week in South America, civil unrest was triggered by a polarizing presidential election run-off in Peru. Protests erupted in Chile after the killing of an indigenous Mapuche individual by police. In Colombia, clashes between armed groups and state forces continued to take place, leading to the mass displacement of civilians. In Venezuela, the government continued to carry out arrests against high-profile opposition leaders and human rights activists. Lastly, protests were held in Brazil after two public prosecutors resigned from investigating the death of councilwoman Marielle Franco due to so-called external interferences.

In Peru, supporters of right-wing candidate Keiko Fujimori continued to demonstrate last week  in support of Fujimori’s widely discredited claims of electoral fraud. Amid the demonstrations, Fujimori supporters were also implicated in several acts of violence, though Fujimori has since condemned the violence (TeleSur, 15 July 2021). On 14 July, the far-right organization The Resistance attacked two Peruvian health ministers who were traveling to a press conference in Lima (La Republica, 14 July 2021). Likewise, demonstrators attacked journalists who were reporting on the events as well (La Republica, 14 July 2021).

In Chile, an indigenous Mapuche activist was killed during an armed clash with police at a forestry company estate in La Araucanía province on 10 July. The activist was a member of the Arauco Malleco Coordinating Committee (CAM), an indigenous organization advocating for the creation of an autonomous Mapuche state in Araucanía. Following his death, citizens carried out protests to condemn his killing and to demand land rights for indigenous communities, as well as the release of Mapuche prisoners (24 Horas, 10 July 2021). Mapuche people have claimed for decades that their territory has been illegally requisitioned by agriculture and forestry companies acting with state complicity (Reuters, 10 July 2021). The fatal shooting is likely to hinder potential attempts to improve relations between the state and indigenous communities (Reuters, 10 July 2021).

In Colombia, military forces clashed with the Gulf Clan in Cúcuta city, Norte de Santander last week, resulting in the deaths of five Gulf Clan members. Meanwhile, in Roberto Payán municipality, Nariño, unidentified armed individuals ambushed a military unit, killing three military soldiers and injuring five others (El Colombiano, 13 July 2021). The security situation in the Nariño department is particularly critical. An ongoing turf war to control drug trafficking routes between the Revolutionary Armed Forces of Colombia (FARC), the National Liberation Army (ELN), and the Gulf Clan has extended for over two consecutive months. The increase in violence has brought about the mass displacement of more than 5,000 civilians from the rural area of Roberto Payán (Infobae, 18 July 2021).

In Venezuela, President Nicolás Maduro’s government carried out a series of arrests against high-profile opposition leaders and human rights activists last week (Libertad Digital, 14 July 2021). Among the targets were two coordinators for the opposition Popular Will party (Voluntad Popular, in Spanish) in Caracas. Furthermore, special police forces set off explosives in the cellar of opposition leader  Juan Guaidó’s residence; the attempt to arrest him was aborted following the intervention of a mob of neighbors. Popular Will accused the government of carrying out arbitrary detentions and abductions, stating the government was trying to undermine support for the National Salvation Accord proposed by the opposition to end Venezuela’s economic and political crisis (La Verdad de Vargas, 17 July 2021).

In addition to the targeting of opposition and activists, their family members also faced targeting. Luis Somoza, Guaidó’s chief of staff, revealed that police had surrounded his parents’ house on 14 July, trapping them inside (Libertad Digital, 14 July 2021). Likewise, the mother of Rafael and Javier Tarazona — human rights activists from FundaRedes, detained since 2 July — was also arrested and interrogated by regime forces last week (El Nacional, 15 July 2021).

Finally, in Brazil, human rights organizations led a protest in front of the Public Prosecutor’s Office in Rio de Janeiro, in response to possible external interference into the investigation of the killing of councilwoman Marielle Franco (G1, 14 July 2021). Franco and her driver, Anderson Gomes, were killed in March 2018 by suspected police militia members in what has been described as a politically-motivated killing (The Intercept, 18 January 2019). On 10 July, two prosecutors working on the task force to investigate Franco’s killing announced their voluntary departure from the case. Both prosecutors claim their decision was motivated by “external interference” (El País, 14 July 2021). Franco was a prominent Black LGBT politician from Rio de Janeiro’s favelas, and has become a symbol of Black feminist struggle after her killing. Franco’s death has paved the way to further the polarization evidenced in the 2018 presidential elections.