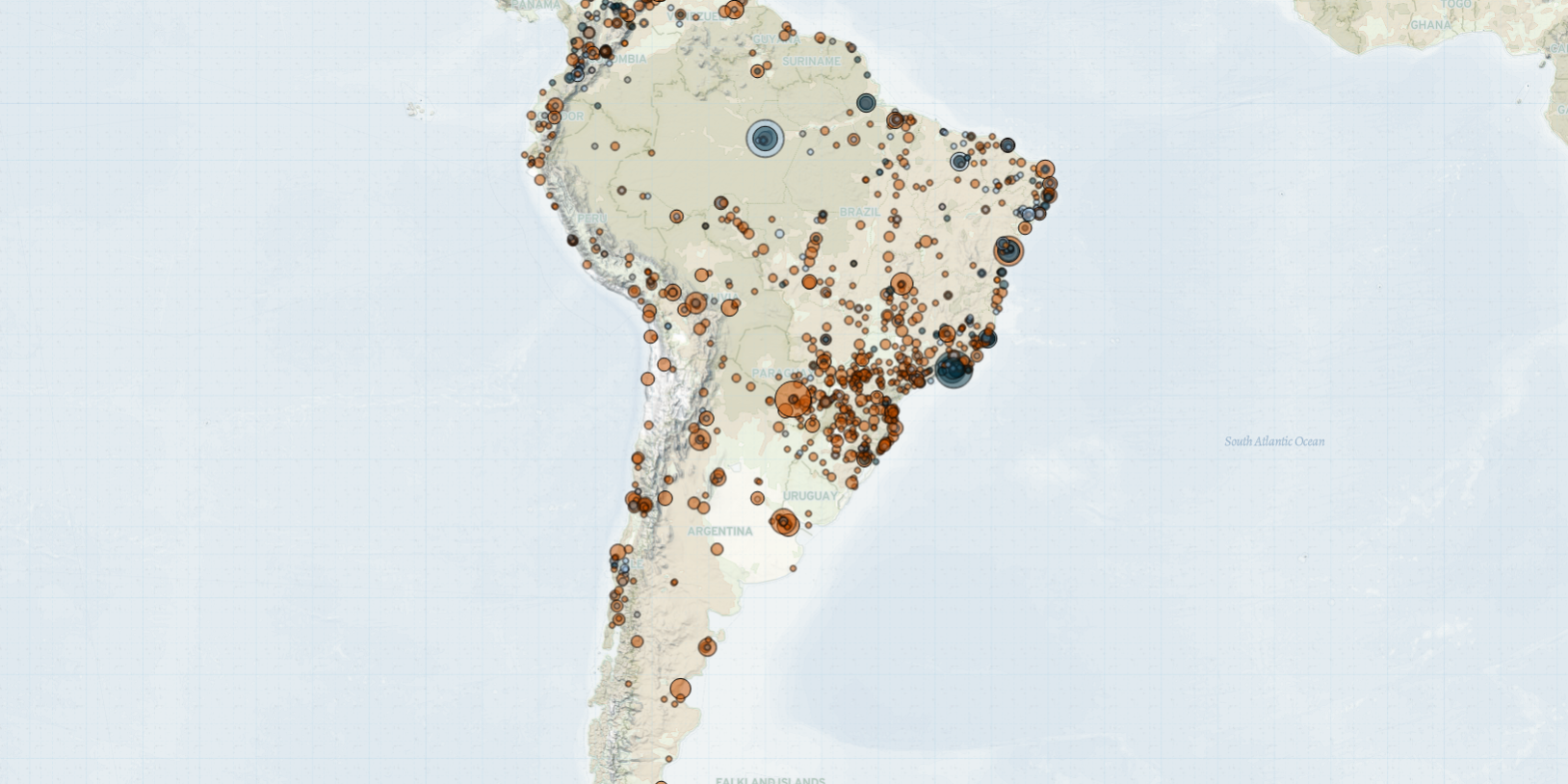 Last week in South America, Colombian citizens took to the streets against police brutality. Conflicting reports have risen about the abduction and alleged killing of a colonel by dissidents of the Revolutionary Armed Forces of Colombia (FARC) in Venezuela. In Brazil, mass rallies in support and against President Jair Bolsonaro took place during the country’s Independence Day on 7 September.

On 8 September, in Colombia, demonstrators took to the streets to mark the first anniversary of ongoing political unrest prompted by the fatal assault of a civilian while in police custody on 8 September 2020 (El Espectador, 9 September 2021). The killing sparked a national debate over police violence. Per ACLED data, in Colombia, since 2019, police have targeted civilians at least 84 times, resulting in at least 41 fatalities. To date, 16 officers are under investigation for killings during demonstrations this year (Reuters, 13 September 2021). Furthermore, human rights organizations have documented a series of beatings, sexual assaults, and arbitrary imprisonments by police forces (HRW, 9 June 2021).

Meanwhile, confusion arose last week over Colombian military claims that a Colombian colonel was killed by the 10th Front of FARC dissidents at an undisclosed location in Venezuela following his abduction in April 2021 (Diario La Voz, 4 September 2021). The day after the announcement, the 28th Front of FARC dissidents released a video with the victim to disprove the Colombian military’s statement. The dissidents claim the announcement was made to cover the state’s failure to rescue the colonel (Semana, 5 September 2021). This series of events underlines the degree to which FARC dissident fronts interact and the importance of Venezuela as a haven for armed groups that operate across both sides of the border (Insight Crime, 27 October 2019).

Last week in Brazil, protests skyrocketed 887% compared to the previous week, the former registering 701 demonstration events and the latter 71. The demonstrations were fueled by nationwide rallies on Independence Day, 7 September. Tens of thousands of citizens marched across the country in support of and against President Jair Bolsonaro (Folha de S. Paulo, 7 September 2021). Facing legal investigations, declining poll numbers, and a sputtering economy, President Bolsonaro urged his supporters to take to the streets to show off support on Independence Day (The New York Times, 7 September 2021). Pro-Bolsonaro protesters call for the dissolution of the Federal Supreme Court following the decision to investigate Bolsonaro over his alleged involvement in a vaccine procurement corruption scheme and his quest to discredit the country’s voting system (Washington Post, 7 September 2021). On the other hand, anti-Bolsonaro demonstrators call for Bolsonaro’s removal from office amid concerns of potential threats to democracy posed by the current administration (Washington Post, 7 September 2021).