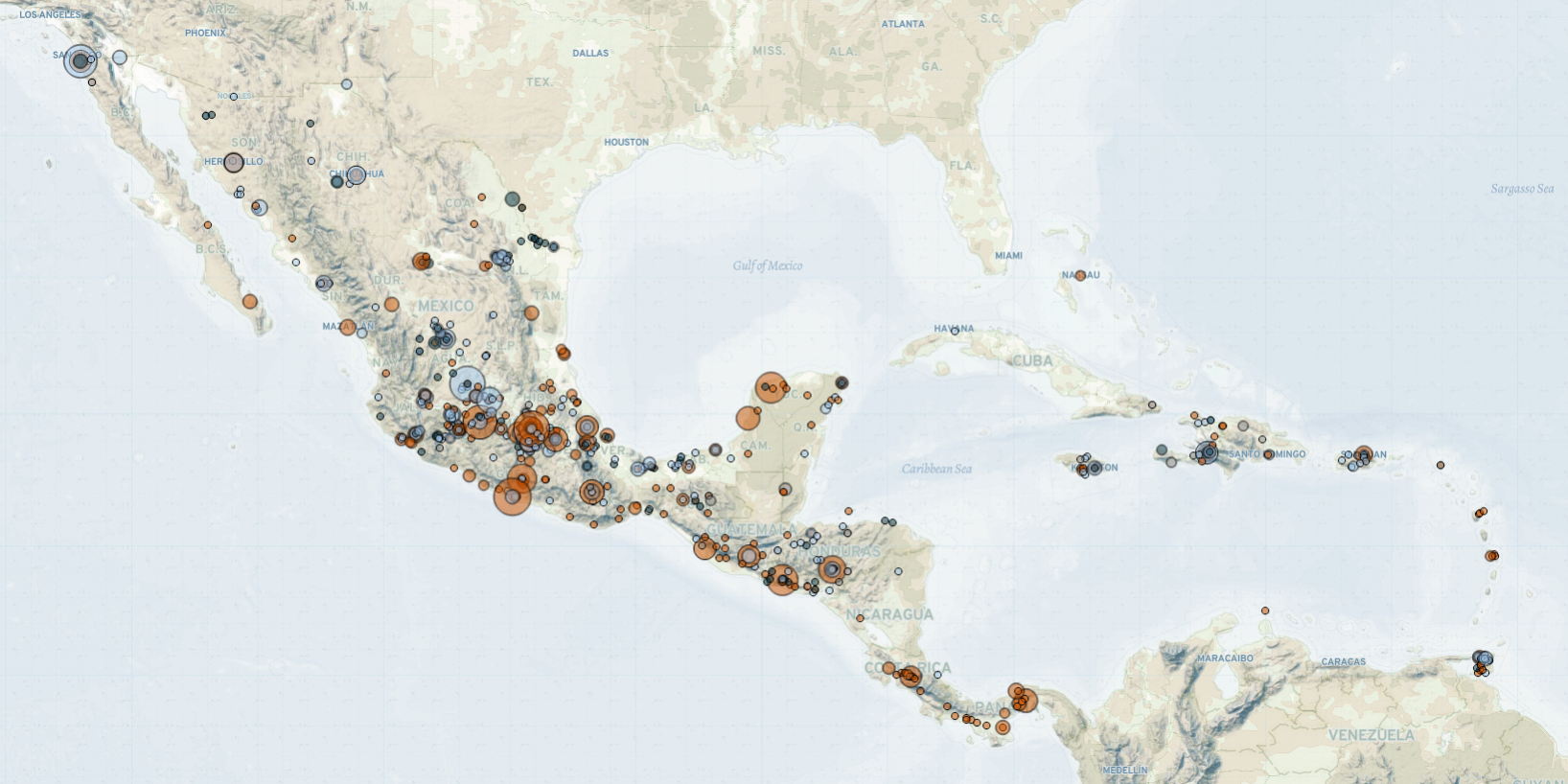 Last week in Mexico, Central America, and the Caribbean, demonstration levels increased. Amid the celebration of the 200th anniversary of Central America’s independence on 15 September,1Five countries of the Central American region — Guatemala, El Salvador, Honduras, Costa Rica, and Nicaragua — commemorate their declaration of independence from Spain on 15 September (ElDiario.es,16 September 2021) . anti-government demonstrations were registered in El Salvador, Guatemala, and Honduras. In Mexico, migrants protested at the southern and northern borders demanding the right to travel and to continue their movement to the US. In Panama, changes in a bill for electoral reform triggered protests across the country. Meanwhile, unidentified armed men attacked an exiled member of the Nicaraguan political opposition in Costa Rica.

In El Salvador,  thousands of people demonstrated against President Nayib Bukele’s government in the capital San Salvador, coinciding with the 200th anniversary of Central America’s independence on 15 September (AP, 16 September 2021). Demonstrators included members of the political opposition, LGBT groups, former public workers, farmers, indigenous communities, and former military officers. Among demonstrator demands, people continued to demonstrate against the recent adoption of Bitcoin as legal tender, the mandatory age retirement for judges, and other measures that have increased executive influence over the country’s judicial and legislative branches (DW, 15 September 2021). As people marched into the city center, rioters set a Bitcoin ATM on fire and looted stores. Reports of local organizations estimate that more than 5,000 people participated in the demonstration, which would make it the largest anti-government demonstration since President Bukele came to power in 2019 (BBC, 16 September 2021).

Similarly, in Honduras, the opposition Liberty and Refoundation Party (LIBRE) and other civil society organizations marched on 15 September against the government’s project to develop Employment and Economic Development Zones (ZEDE). Protesters claim that the establishment of ZEDEs undermines the independence and sovereignty of the country by providing increasing power to private companies (Contra Corriente, 16 September 2021). The ZEDEs maintain independent administrative and judicial systems, alongside a special tax regime that includes exemptions for private companies (El Heraldo, 18 June 2021). Demonstrations against this project have become more frequent ahead of the general election scheduled for 28 November. The government has sought to speed up the approval of law reforms to ensure the functioning of the ZEDEs, regardless of the results of the upcoming election (Expediente Publico, 14 June 2021).

In Mexico, migrants protested at the southern and northern borders of the country last week amid security operations to dissolve caravans on their way into the US. Migrants from Haiti, Cuba, and Central America protested in the city of Tapachula and blocked roads elsewhere in Chiapas state between 14 and 15 September, demanding permits to stay legally in the country and to allow travel to the border with the US (EFE, 15 September 2021). In Tamaulipas state, at the northern border with the US, migrants also blocked traffic in Altamira municipality, following an attempt by Mexico’s National Guard to detain a group of Haitians on 16 September. Worsening economic conditions in Central American countries, exacerbated by the COVID-19 pandemic, as well as the current political and humanitarian crisis in Haiti, have fomented increasing migration in the region in recent months (El Pais, 17 September 2021). In response, the Mexican government has increasingly detained migrants and has restricted movement between different states (El Economista, 15 September 2021). According to the National Institute of Migration, thus far in 2021, authorities have detained more than 147,000 undocumented migrants, triple the number of arrests for the whole of 2020 (France 24, 15 September 2021).

In Panama, changes to a proposed electoral reform bill triggered protests across the country last week. People protested in five of the 10 provinces of the country on 14 September, claiming that amendments to the bill favor incumbent congressmen and hinder efforts against corruption (Prensa, 11 September 2021). During the first debate of the bill in congress, representatives of the ruling Revolutionary Democratic Party removed key reforms from the bill, including reforms to the organization of the elections, the financing of political campaigns, and the equal participation of women (EFE, 15 September 2021).

In Costa Rica, a leader of the Nicaraguan political opposition was seriously injured in a drive-by shooting on 11 September. The victim has lived in exile in Costa Rica since June 2018 after receiving death threats for his participation in the anti-government demonstrations of 2018 (Confidencial, 12 September 2021; BBC, 10 June 2021). The activist was also a member of the Unit for Nicaraguan Exiles (UEN) and had recently called for a protest against Nicaraguan President Daniel Ortega. The day after the attack, members of the UEN protested in San Jose, blaming the Nicaraguan government for the attack (La Teja, 12 September 2021).  The Nicaraguan regime has increasingly cracked down on political opposition ahead of the presidential election scheduled for 7 November. State forces arrested more than 30 political opponents between June and August (La Razon, 7 August 2021), forcing more opponents, including presidential candidates, to leave the country (EFE, 26 July 2021). Since 2018, more than 100,000 Nicaraguans have fled the country (EFE, 15 July 2021).