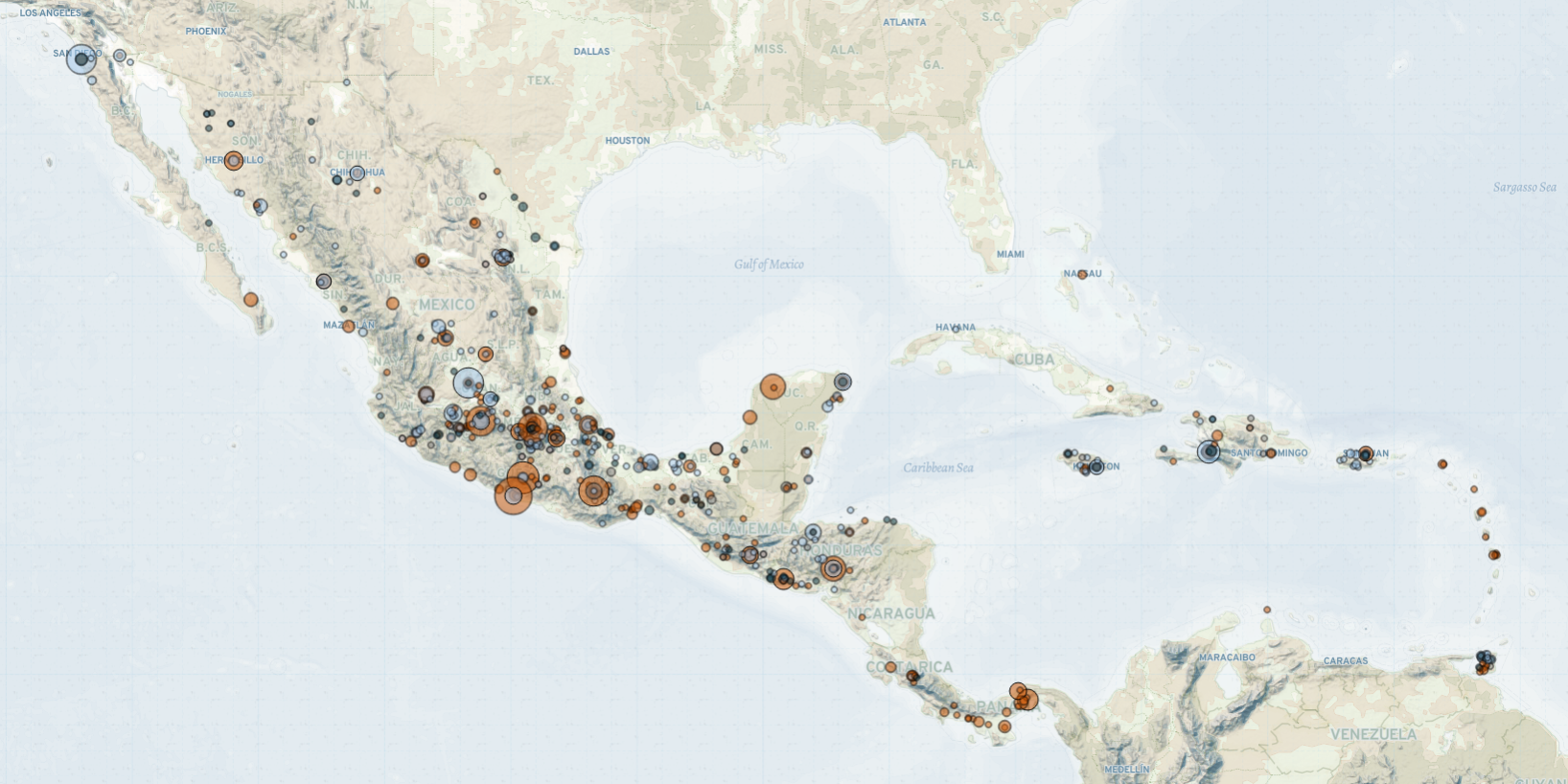 Last week in Mexico, Central America, and the Caribbean, demonstrations remained high. On the commemoration of International Safe Abortion Day on 28 September, women staged pro-choice demonstrations in Mexico and El Salvador. In Haiti, people demonstrated to demand the release of victims of kidnappings in several cities of the country. Meanwhile, unidentified suspects carried out deadly attacks against members of the LGBT+ community in Honduras and Mexico.

In Mexico, women demonstrated across the country demanding access to legal and safe abortions last week, coinciding with the commemoration of International Safe Abortion Day. Women demonstrated in at least 17 of 32 states in the country. Though the majority of these demonstrations were peaceful, in the cities of Cuernavaca and Mexico City demonstrations turned destructive and/or violent as participants tried to break through fences set up by police and destroyed public infrastructure. In Mexico City, clashes between rioters and police officers left at least 37 people injured, including more than 20 officers. Laws that regulate abortion vary across different states. While legal across all states in cases of rape (BBC, 7 September 2021), abortion has only been completely decriminalized in four states — México, Oaxaca, Veracruz, and Hidalgo (France 24, 29 September 2021).

In El Salvador, hundreds of women and members of human rights organizations also protested on International Safe Abortion Day, demanding the decriminalization of abortion (France 24, 29 September 2021). Participants marched to the legislative assembly in San Salvador to present a proposal to reform the article of the penal code to legalize the interruption of pregnancy in certain cases. Currently, abortion is banned under all circumstances in the country and can be punished with two to eight years of imprisonment (The Conversation, 10 March 2021). Moreover, women have faced criminal charges in cases of miscarriages for allegedly having provoked the miscarriages (DW, 11 March 2021). In September 2021, the vice president presented a bill to reform several articles of the constitution, which initially included reforms that granted rights for women to make decisions over their reproductive health (El Mundo, 18 September 2021). The bill that was finally presented before the legislative assembly, however, excluded this proposal (La Prensa Grafica, 28 September 2021).

In Haiti, insecurity and rising numbers of kidnappings triggered demonstrations last week. In Centre, Ouest, and Sud departments, Ministry of Economy and Finances employees suspended their activities and demonstrated on 27 September, calling for the release of a kidnapped worker of the ministry. The 50 Malfaiteurs gang kidnapped the man and his brother in Port-au-Prince on 23 September. In Port-au-Prince, demonstrators set barricades of flaming tires, demanding the release of these and other people who have been abducted by this gang in recent days. The 50 Malfaiteurs gang operates in Port-au-Prince and allegedly has links with members of the G9 gang alliance (Haiti Standard, 28 September 2021; RHI News, 2 June 2021). Following these demonstrations, the gang released several victims, including the ministerial worker and his brother (Le Nouvelliste, 28 September 2021). Kidnappings in Haiti peaked in September; ACLED records the highest number of abduction events in September 2021 since April 2021. According to local human rights organizations, ongoing insecurity has been underpinned by gang efforts to intimidate and control people with the support of the current government (Alterpress, 27 September 2021).

In Honduras, unidentified armed men stabbed and killed a transgender woman in Santa Rosa de Copan, on 25 September. The victim was a recognized leader of the LGBT+ community and an activist of the ruling National Party of Honduras. LGBT+ rights organizations in Honduras report that discriminatory rhetoric by social and religious groups is often the motivation behind ongoing acts of aggression against members of the LGBT+ community (The New York Times, 29 April 2021). The Inter-American Commission on Human Rights and Human Rights Watch have also highlighted the failure of the government to investigate attacks against LGBT+ people and to offer protection mechanisms to prevent such attacks (HRW, 17 November 2020).