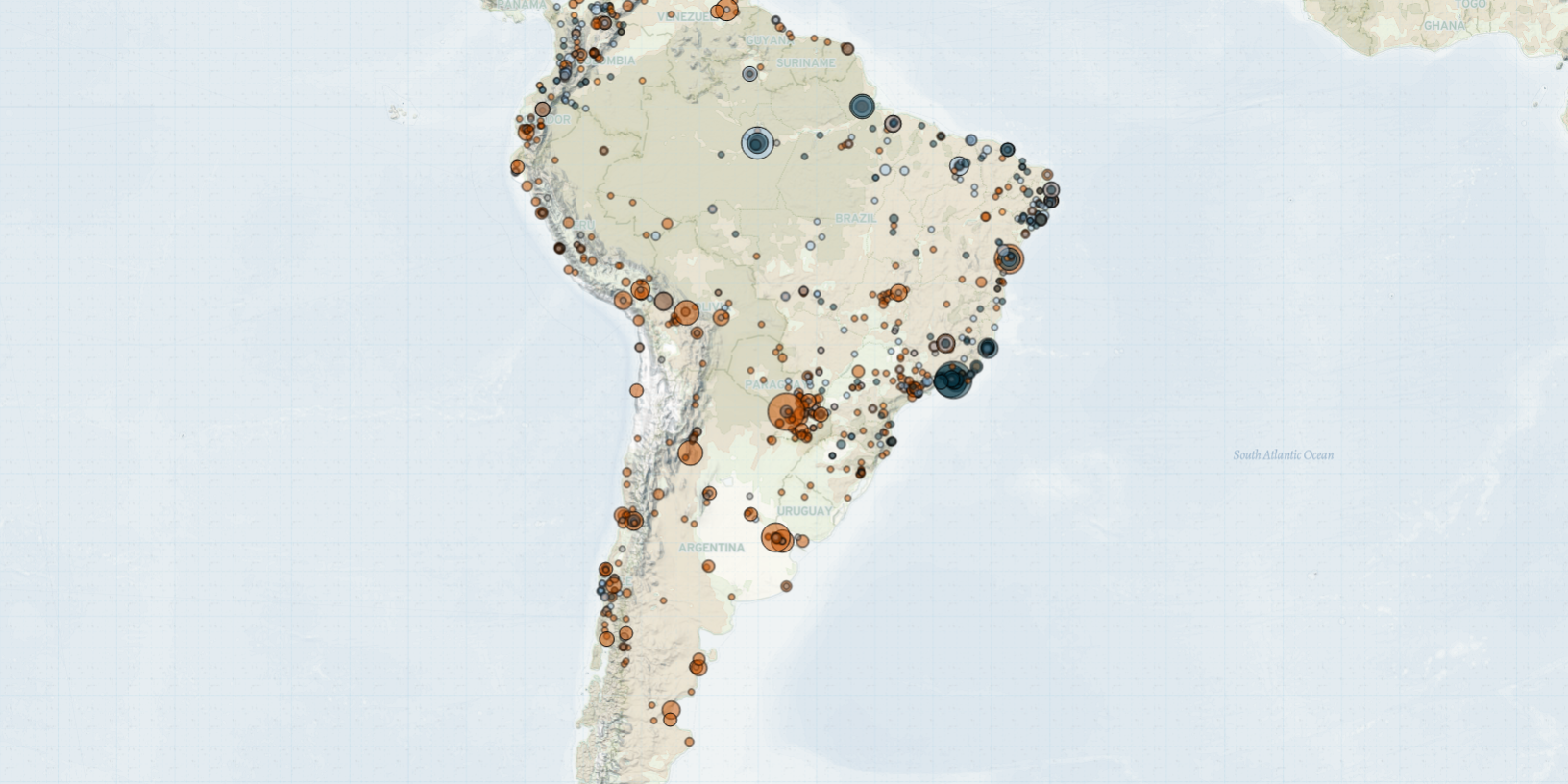 Last week in South America, opposition-affiliated Bolivian coca leaf growers stormed the Departmental Association of Coca Producers (ADEPCOCA) market in La Paz, retaking control of the market after a week-long dispute. In Argentina, a Mapuche Indigenous group set fire to a road department camp on a highway in the Río Negro province. Likewise, in Chile, the end of the state of emergency in the Araucanía and Biobío regions led to an increase in arson attacks by Indigenous militia groups. In Paraguay, attacks continued to be registered against candidates ahead of municipal elections on 10 October. In Colombia, clashes between security forces and armed groups continue to take place, as well as violent attacks against Indigenous people. In Brazil, demonstrators took to the street demanding the impeachment of President Jair Bolsonaro.

In Bolivia, clashes between coca leaf farmers and security forces erupted on 4 October over the control of the ADEPCOCA coca market in La Paz. Following the clashes, anti-government coca leaf producers managed to retake control of the market (El Deber, 5 October 2021). Since 24 September, the ADEPCOCA market has been the center of violent demonstrations, amid a leadership dispute between two groups of coca growers – one loyal to the government, the other to the political opposition (El Deber, 5 October 2021). ADEPCOCA controls the legalized coca market, the raw ingredient for cocaine (Reuters, 28 September 2021).

In Argentina, suspected Mapuche militia members attacked a provincial road department camp on a highway in San Carlos de Bariloche, Río Negro province on 3 October. The group set fire to a warehouse and road machines and left a security guard and his wife handcuffed (Diario Cronica, 4 October 2021). The attackers left flyers and messages supporting the Mapuche communities’ struggle to regain their ancestral lands in the Patagonia region (Diario Cronica, 4 October 2021). The attack follows the Mapuche Quemquemtreu community’s occupation of  their ancestral land in the Cuesta del Ternero, El Bolsón, on 24 September, which is currently claimed by a logging company (Mejor Informado, 27 September 2021). The occupation fueled demonstrations in support of the Mapuche community and led to eventual clashes with security forces on 30 September.

Similarly, in Chile, the end of the state of emergency in the Araucanía and Biobío regions last week was followed by an increase in violent attacks by alleged Indigenous militia groups. Throughout the week, numerous arson attacks and looting events were reported in the region. Southern provinces of the region had been in a state of emergency over the Mapuche conflict for 15 days to safeguard public order and the rule of law, in accordance with the Chilean constitution (Biobio Chile, 1 October 2021). The government issued in the last few weeks a decree to extend the state of exception in the Araucanía and Biobío regions in an attempt to keep military patrolling in areas with high Indigenous militia activity (Biobio Chile, 1 October 2021). The conflict between the Chilean government and Mapuche communities stems from Indigenous demands to restore their possession of historical lands, currently owned by farms and logging companies (Biobio Chile, 1 October 2021).

In Paraguay, four days before the municipal election on 10 October, unknown individuals carried out a drive-by shooting targeting a mayoral candidate’s car in Hernandarias, though there were no reports of injuries. So far in 2021, at least six attacks against municipal candidates have been reported, four of which led to fatalities. Attacks motivated by political rivalries are common in the country, particularly between the two main parties: the Authentic Radical Liberal Party (PLRA) and the Colorado Party (ANR). However, the number of attacks has significantly increased in recent weeks ahead of the election.

In Colombia, security forces continued to clash against armed groups last week. In Tumaco municipality, Nariño department, military forces and Segunda Marquetalia dissidents of the Revolutionary Armed Forces of Colombia (FARC) engaged in an armed confrontation, resulting in one dissident killed and 12 more arrested. Further clashes between security forces and the National Liberation Army (ELN) were recorded on 4 October.

Meanwhile, armed groups continued to target Indigenous people last week. In the Cauca department, unidentified armed individuals kidnapped a group of four Indigenous people from the area of the Toez Indigenous reservation. A few days later, armed men shot dead a member of the Indigenous Guard in the municipality of Buenos Aires. Indigenous communities have been among the most vulnerable groups since the 2016 Peace Agreement between the government and the FARC (WOLA, 31 May 2021). When the FARC moved out of their former territories, the government never moved in, leaving many Indigenous communities vulnerable to attacks by criminal groups (WOLA, 31 May 2021). The Cauca department is one of the regions in which most violence against Indigenous people has been recorded. Indigenous lands in Cauca are enticing to criminal groups because they are mostly located on drug trafficking routes, traversed by the Pan-American Highway. Many Indigenous leaders have been killed for opposing the presence of armed groups and drug trafficking activities in their territories (New York Times, 24 October 2020).

Lastly, in Brazil, thousands of citizens staged nationwide protests on 2 October, demanding the impeachment of President Bolsonaro (G1, 2 October 2021). Demonstrators also protested the country’s aggravated economic and social disparities, exacerbated by the recent increase in the prices of food and fuel. The protests were further fueled by the president’s mishandling of the coronavirus pandemic, for which he is under an investigation by a parliamentary committee due to his alleged involvement in a vaccine corruption scheme (AP News, 2 October 2021). The protests, led by trade unions, social movements, and left-wing parties, were staged in response to rallies supporting the president on 7 September (G1, 2 October 2021).