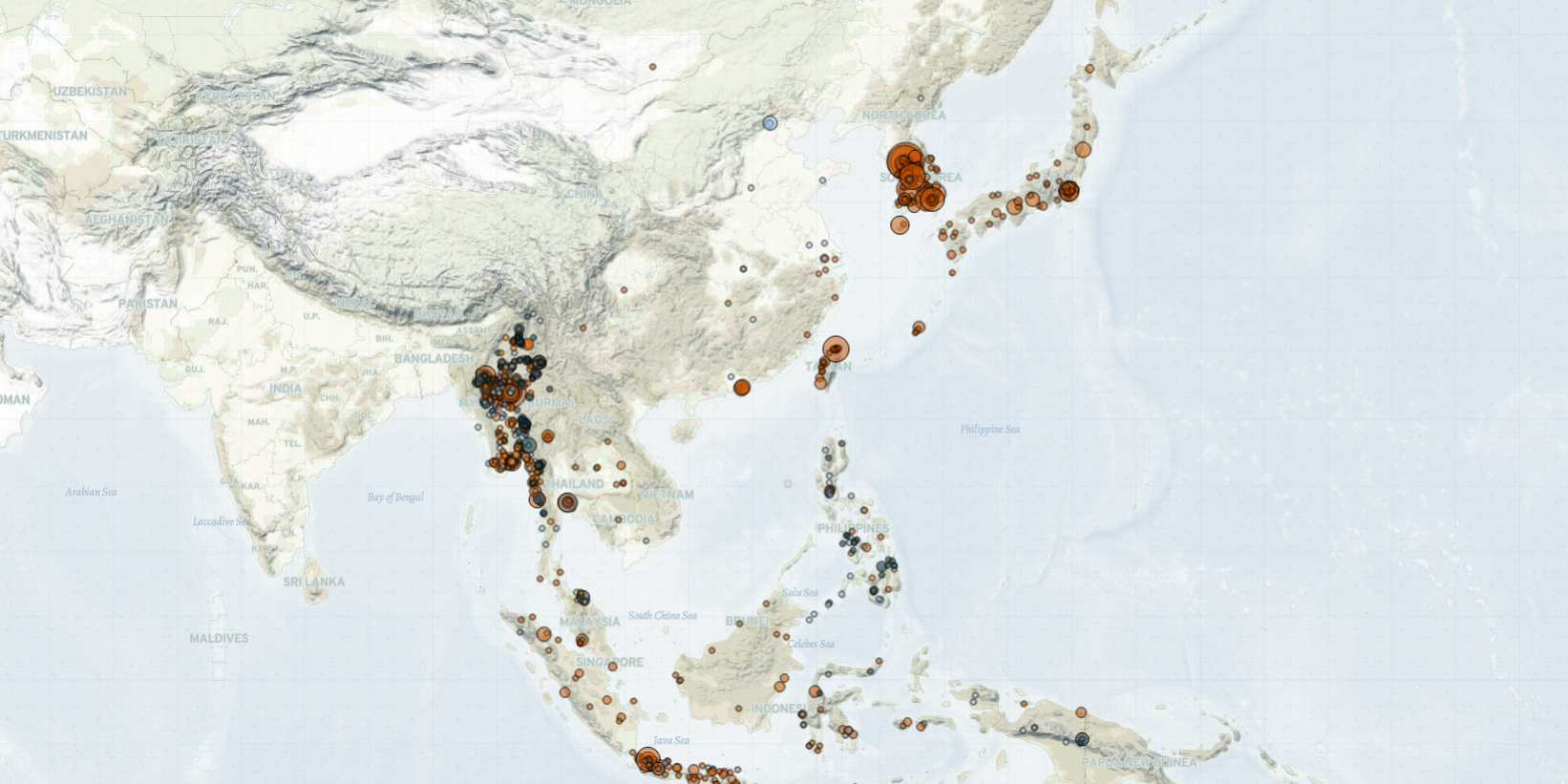 Last week in East and Southeast Asia, heavy fighting between the military and local defense groups in Myanmar was reported in Sagaing region following the heavy deployment of additional troops in the region. In northern Chin state, military troops launched a deadly operation in Falam and Hakha townships. In Indonesia, state forces allegedly launched an air raid targeting the headquarters of the separatist West Papua National Liberation Army (TPNPB) in Pegunungan Bintang regency, Papua province. In Malaysia, human rights activists protested in front of the national parliament to criticize a draft law covering the investigation of police misconduct, claiming that it is insufficient. Lastly, in Thailand, anti-government demonstrations declined last week.

In Myanmar, military forces launched a deadly multi-day operation on Falam township and the surrounding area in Chin state last week. Soldiers torched houses and churches in villages as they advanced towards Falam, reportedly killing at least two civilians. On 13 October, clashes between the military and the joint forces of Chinland Defense Force (CDF) and Chin National Front/Chin National Army (CNF/CNA) broke out along the Falam-Hakha road as troops were advancing towards Hakha.

Elsewhere, in Sagaing region, clashes between the Myanmar military and local defense groups continued last week. Notably, heavy fighting was reported in Khin-U and Tigyaing townships. The military has stepped up efforts to quell resistance in Sagaing region, with the deployment of  thousands of additional troops to Sagaing region in recent weeks (Irrawaddy, 8 October 2021), as well as the neighboring Magway region and Chin state (Myanmar Now, 14 October 2021). Since the 1 February coup, these areas have been the sites of some of the fiercest fighting between the military and local defense groups that were formed in opposition to the regime (Myanmar Now, 13 October 2021).

In Indonesia, the TPNPB claims that state forces dropped 14 bombs during an airstrike on 10 October targeting the TPNPB headquarters in Kiwirok, Pegunungan Bintang regency, Papua province. They claim that one of the bombs exploded and burned civilians’ houses, though no casualties were reported (Suara Papua, 15 October 2021). The alleged airstrike comes one day after the TPNPB clashed with state forces at the same location. A Papuan separatist was killed during the clash. This is only the second airstrike that ACLED records in Indonesia since the start of coverage in 2015. In May 2021, a ground and air operation by state forces in pursuit of the rebel group in Ilaga district, Puncak Regency, Papua Province, led to the displacement of the local population.

Meanwhile, students from the Indonesian National Students Movement (GMNI) and workers affiliated with the Indonesian Trade Union Alliance Congress (KASBI) staged protests across Indonesia last week, demanding the government revoke the Omnibus Law on Job Creation. Demonstrators claim that the law failed to provide job security for workers and that the COVID-19 crisis worsened the laborers’ condition with many unilaterally being laid-off. Labor unions have criticized the law for being beneficial mainly for investors and employers and detrimental to labor rights (Jakarta Post, 6 October 2020). The protests were held to mark the one-year anniversary of the law’s enactment on 14 October 2020.

In Malaysia, activists, including members of Amnesty International and Suara Rakyat Malaysia (SUARAM), protested in front of the national parliament in Kuala Lumpur last week to criticize the Independent Police Conduct Commission (IPCC) bill. The bill, which is currently being discussed in parliament, would mandate the creation of a commission to investigate allegations of police abuse. Human rights groups have, however, criticized the bill for being too weak to properly support investigations into police misconduct (Amnesty International, 4 October 2021). Some of the criticisms include the IPCC’s lack of authority to actually conduct the conviction process or the right of those testifying to refuse to answer questions that would expose a police officer to a criminal charge (Amnesty International, 4 October 2021). Malaysian police have come under fire over recent years following multiple allegations of rape, sexual harrassment, and excessive brutality (Vice, 21 July 2021). To date, Malaysian police have not acknowledged any wrongdoing related to cases of death in police custody (Vice, 21 July 2021).