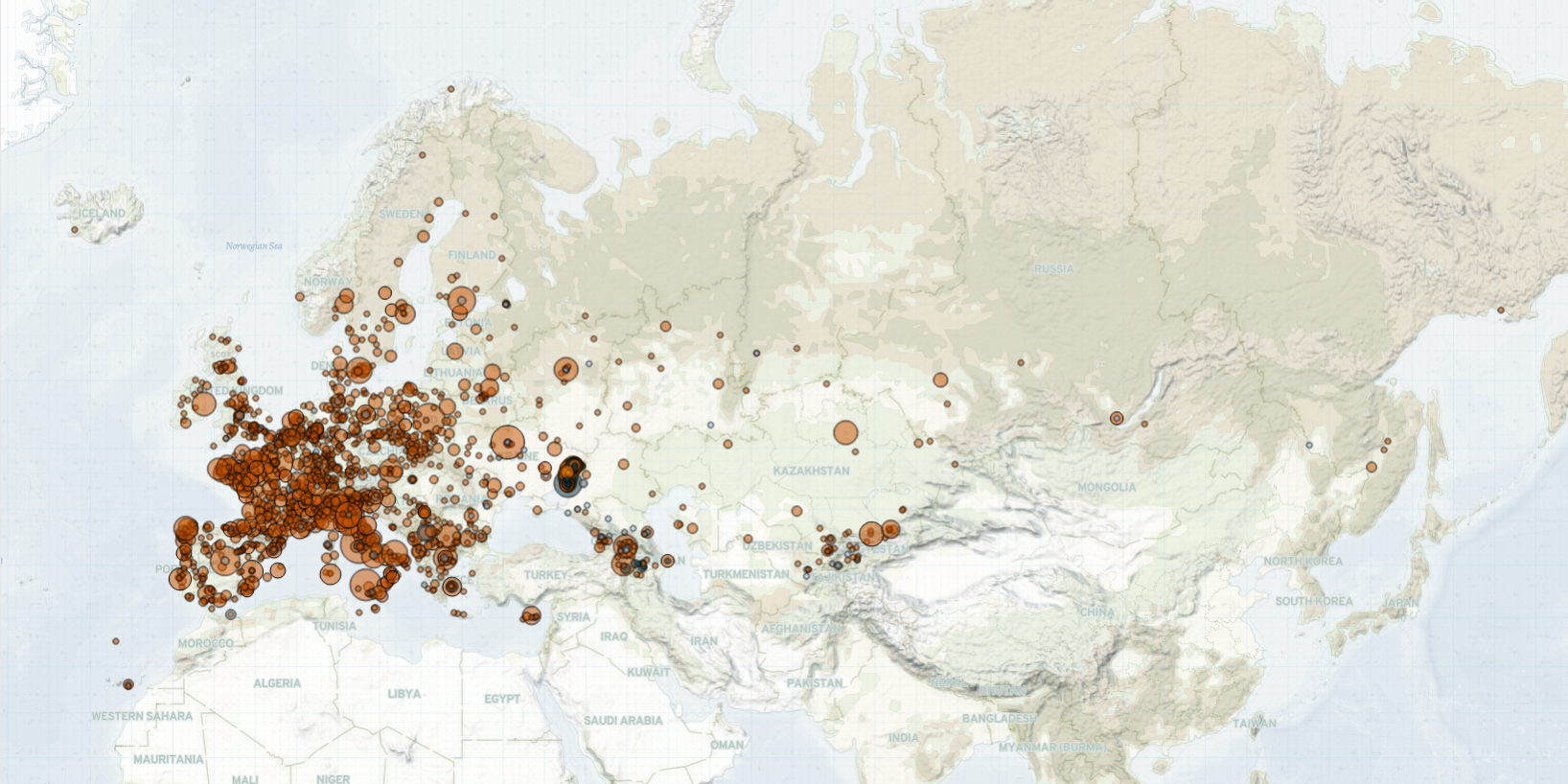 Last week in Europe, Central Asia, and the Caucasus, nationwide demonstrations in support of the European Union (EU) took place in Poland. In Kosovo, ethnic Serbs rioted leading to clashes with police in response to police raids against smugglers in ethnically-Serbian areas. In Italy, there was a surge in coronavirus-related demonstrations, with a violent demonstration taking place in Rome. In Ireland, an ongoing housing crisis drew tens of thousands to the streets to demonstrate against a lack of government action (Irish Examiner, 9 October 2021). Meanwhile, fighting escalated on the Armenia-Artsakh-Azerbaijan border, as the International Court of Justice (ICJ) began hearing Armenian claims that Azerbaijan violated the International Convention on the Elimination of All Forms of Racial Discrimination (ICERD).

In Kosovo, Kosovar police and ethnic Serb rioters clashed when police staged an anti-smuggling operation in the primarily ethnic Serbian city of Mitrovica. Police deployed tear gas and arrested several rioters, accusing rioters of using “liquid gas tanks, stun bombs” and opening fire with “weapons and hand grenades” (AP News, 13 October 2021). The government of Kosovo emphasized that the raids were focused on smugglers, most of whom were Albanian, not ethnic Serbs (Reuters, 13 October 2021). Meanwhile, the President of Serbia warned that Serbia would “protect its children” and that abuse of ethnic Serbs would not be tolerated (Reuters, 13 October 2021). This incident follows recent tensions between Kosovo and Serbia over the issuing of licence plates in contested regions, which led to the deployment of military forces in late September.

In Italy, there was a surge in coronavirus-related demonstrations last week, ahead of the extension of compulsory coronavirus ‘green passes’ to all workplaces on 15 October (The Washington Post, 16 October 2021). Green passes confirm that an individual has been fully vaccinated against or recovered from COVID-19. On 9 October, 10,000 people, among them far-right political parties such as New Force (FN) and CasaPound Italia (CPI) and other neo-fascist activists, demonstrated in downtown Rome (Today.it, 9 October 2021). Some demonstrators threw objects at police, while hundreds of demonstrators ransacked the Italian General Confederation of Labour (CGIL) union headquarters (Giornale di Brescia, 9 October 2021). Demonstrators claim that the trade union and its leaders had let workers down by not standing up to the government’s latest coronavirus ‘green pass’ restrictions (Giornale di Brescia, 9 October 2021).

In Ireland, tens of thousands of demonstrators marched through Dublin last week, calling on the government to cover all costs to rehouse homeowners displaced by the ‘Mica Crisis’ and to repair their homes (Irish Examiner, 9 October 2021). This crisis has been ongoing for 10 years, and is in regards to defective building blocks that had too high a percentage of mica content; despite the defect, the blocks were used to build homes, which are now crumbling as a result of the defect. This protest is the latest in a series of protests that have occurred throughout the year with increasing turnout. Organizers threaten to hold more disruptive demonstrations if their demands are not met (Irish Examiner, 9 October 2021).

On the Armenia-Artsakh-Azerbaijan Line of Contact, ceasefire violations increased last week following a month of relative calm. Six Armenian servicemen were wounded in a drone attack, one Azerbaijani serviceman died during a shootout between the two sides, and one Armenian civilian was killed by Azerbaijani sniper fire. Additionally, an Armenian civilian was wounded in a landmine explosion in the Tavush region. Separately, the ICJ began hearing Armenian claims that Azerbaijan violated the ICERD (DW, 14 October 2021). Azerbaijan has filed a counterclaim accusing Armenia of violating the same treaty.

In the Donbas region of Ukraine, fighting between Ukrainian government forces and Russian-led forces slightly increased last week compared to the previous week. There were 51 armed clashes, 107 shelling incidents, and no fatalities reported.