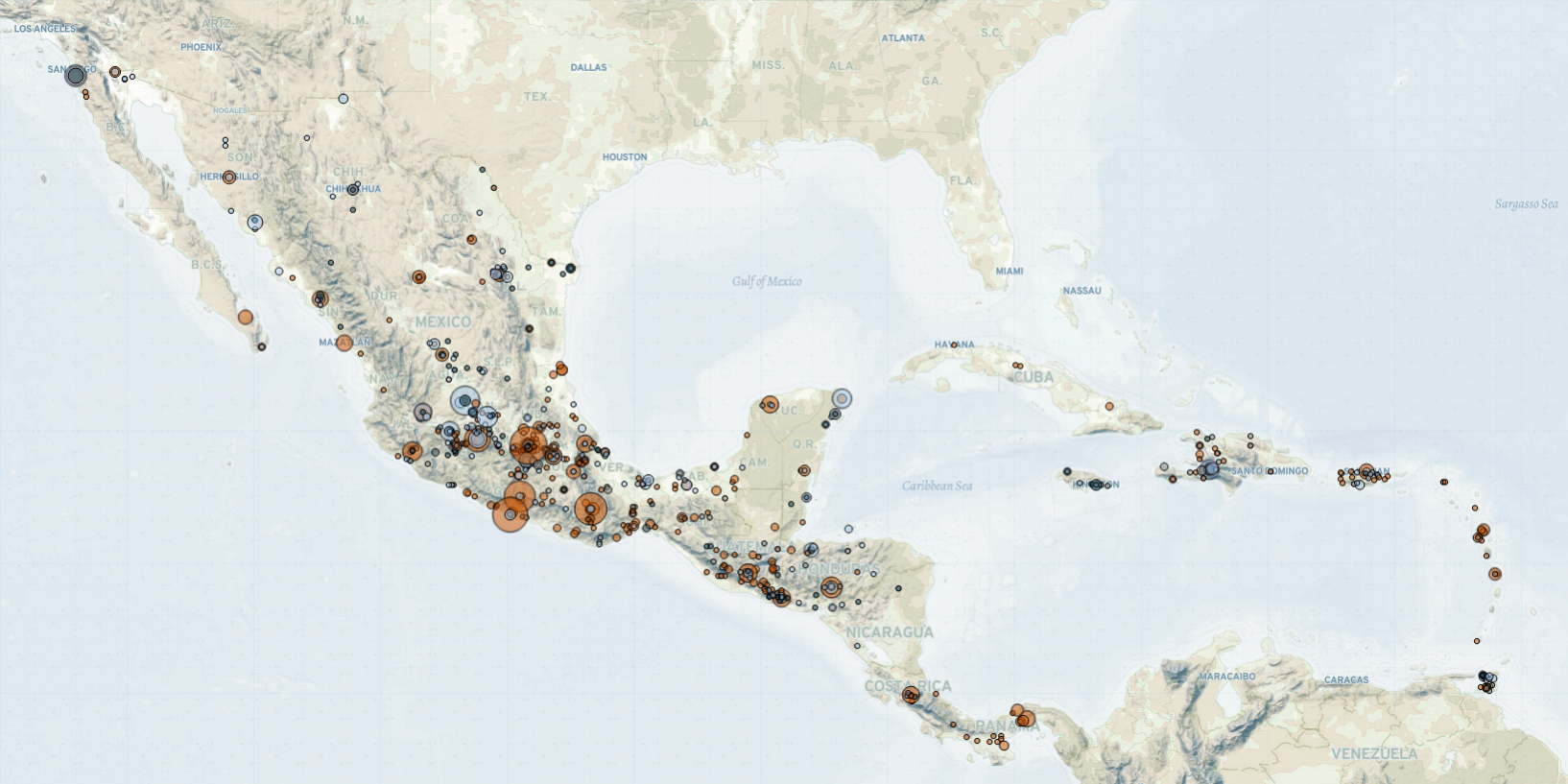 Last week in Mexico, Central America, and the Caribbean, levels of demonstrations and gang violence remained high. In Haiti, demonstrators barricaded roads in several departments as part of a general strike against increasing cases of kidnappings and fuel scarcity. Meanwhile, the leader of the powerful G-9 gang alliance took control of  the official commemorations marking the death of historic revolutionary leader Jean-Jacques Dessalines on 17 October, preventing government officials from participating. In Guatemala, demonstrations involving former military officers and a Mayan Indigenous group turned violent as demonstrators clashed with police. In El Salvador, the legislative assembly approved a temporary ban on public events and mass gatherings, only days after large anti-government protests in San Salvador. In Mexico, clashes between members of the Gulf Cartel and state forces resulted in four fatalities, including a leader of the Los Escorpiones faction.

In Haiti, rampant insecurity and fuel shortages continued to trigger demonstrations across the country last week, for a second consecutive week. Throughout the week, people barricaded roads with burning tires in eight of the country’s 10 departments. During demonstrations in Jeremie city, seperate groups of rioters broke into a radio station and set it on fire; threw stones at the house of the owner of a gasoline retailer; and clashed with police officers, leaving several injured. The demonstrations come as labor groups, including moto-taxi drivers, suspended activities and called for a general strike against insecurity and the scarcity of petrol products on 18 October (Haitian Times, 20 October 2021). Ongoing gang activity has prompted disruptions in the supply of fuel through extortion and the kidnapping of oil truck drivers,  as well as the diversion of petrol products to black markets (AP, 25 October 2021).

The general strike follows the kidnapping of 16 Christian missionaries from the US and one from Canada by the 400 Mawozo gang in the Croix-des-Bouquets district on 16 October. Following the kidnapping, members of the gang demanded a ransom of 17 million USD in exchange for the freedom of the missionaries (France 24, 19 October 2021). The 400 Mawozo gang controls the Croix-des-Bouquets district mainly through extortive kidnapping (BBC, 18 October 2021). This is the largest kidnapping recorded by ACLED perpetrated by the gang since April 2021, when the gang abducted a group of ten members of the Catholic church.

Amid social unrest and insecurity, gangs continue to show their grip on power, preventing government officials from participating in the celebrations honoring Dessalines, a key leader of the Haitian revolution, on 17 October. Members of gangs affiliated with the G-9 gang alliance blocked roads and fired shots into the air to force Prime Minister Ariel Henry and other government officials to leave Pont-Rouge, the traditional place for this ceremony in Port-au-Prince (Le Nouvelliste, 19 October 2021). Prime Minister Henry later laid the traditional floral offering in memory of Dessalines in another location while the leader of the G-9, Jimmy Cherizier, led the ceremony and staged a parade in Pont-Rouge, along with gang members and his supporters (InSight Crime, 21 October 2021).

In Guatemala, former military officers staged a demonstration on 19 October to demand congressional approval for a bill that would grant compensation for services rendered during the civil war of 1960-1996. The demonstration turned violent as rioters broke into the congress building, destroying windows and setting vehicles parked inside the building on fire. Police officers intervened with tear gas and arrested some of the participants. During the riot, at least ten police officers and six journalists covering the event were injured. The demonstration follows nationwide protests recorded during the prior week, in which former officers claimed that President Alejandro Giammattei had failed to grant them economic compensation promised during his presidential campaign (Swissinfo, 20 October 2021).

Elsewhere, police officers and members of the Mayan Q’eqchi’ community clashed when police attempted to disperse a sit-in in El Estor municipality on 22 October. Several police officers and journalists were injured during the clash. Members of the Mayan Q’eqchi’ Indigenous group have been blocking a highway in El Estor since 4 October, to denounce the ongoing operations of a foreign mining company in the area. Demonstrators claim that the mining company has disregarded a Constitutional Court ruling to suspend operations for not having consulted the local communities before starting the mining project (RFI, 24 October 2021). Indigenous communities have also reported that the mining activities are causing environmental damage in the area, and accuse the current government of using the state forces to protect and favor the operations of foreign companies (DW, 24 October 2021).

In El Salvador, thousands of people, including former government employees, judges, students, farmers, and unionized workers, staged an anti-government protest in San Salvador on 17 October (EFE, 18 October 2021). Participants accuse President Nayib Bukele of increasing his power over other state branches and protested against recent government decisions, such as the adoption of Bitcoin as legal tenure, as well as proposed constitutional reforms (Euronews, 17 October 2021). According to local media reports, military and police officers set at least 20 checkpoints at entrances to San Salvador and stopped vehicles transporting members of organizations that participated in the protest (La Prensa Grafica, 17 October 2021). Days after the protest, the legislative assembly approved a decree banning public events and mass gatherings of people until 8 December, except for cultural and sports events (AP, 21 October 2021). Though the government argues that this measure seeks to reduce the increasing rate of COVID-19 infections, human rights activists claim that the measure is “disproportionate,” given the exceptions that are allowed, and that it aims to prevent further anti-government demonstrations (EFE, 22 October 2021).

In Mexico, clashes between the Gulf Cartel and state forces intensified last week in the municipality of Matamoros, Tamaulipas, leading to several fatalities, including a leader of the cartel. During one clash on 22 October, a civilian and three members of the Gulf Cartel were killed, including the leader of the Escorpiones faction of the Gulf Cartel. The Escorpiones faction controls Nuevo Progreso village in Rio Bravo — a municipality on the border with the US (Infobae, 25 October 2021). Internal factions of the Gulf Cartel and other criminal groups are currently disputing control of migrant, drug, and weapon trafficking routes that connect the state of Tamaulipas with the US (InSight Crime, 6 October 2021).