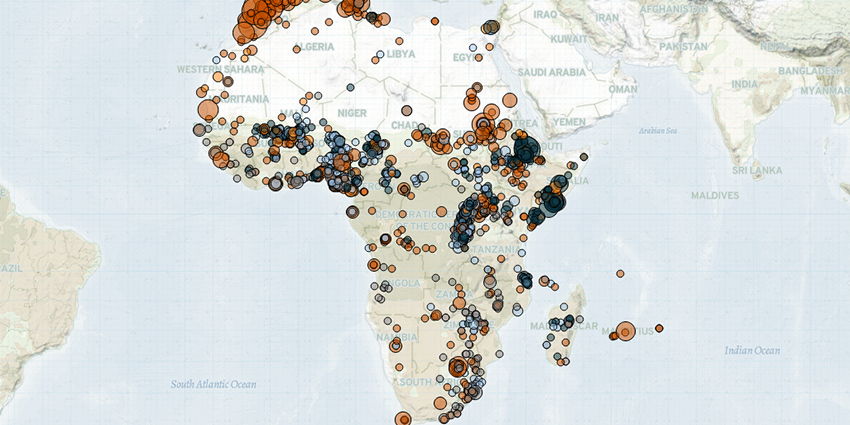 Last week in Africa, an attack by Islamist militants in Burkina Faso led to the largest recorded loss among Burkinabe security forces during a single attack; it was reported that Boko Haram militants have taken over several areas in Niger state in Nigeria; two fatal suicide bombings struck the Ugandan capital; and mass anti-coup demonstrations continued in Sudan amid use of excessive force against demonstrators.

In Burkina Faso, Jama’at Nusrat al-Islam wal-Muslimin (JNIM)-affiliated Ansaroul Islam militants attacked gendarmes in charge of protecting the Inata gold mine in the Sahel Region, killing 49 soldiers and several civilians. This is the heaviest loss reported among Burkinabe security forces in a single attack since the conflict in Mali spilled over into Burkina Faso in 2015. The incident led to growing unrest in several major cities, including the capital Ouagadougou, in protest against the deteriorating security situation in the country. Another attack by presumed JNIM-affiliated Katiba Macina fighters resulted in several civilian casualties and people gone missing in the village of Louta in the Boucle du Mouhoun region. The group also launched a deadly attack in Mali against an army position in Guire in the western Koulikoro region. Elsewhere, JNIM and affiliated militants clashed with Dozo militiamen in central Mopti and Segou regions. In addition, the Malian air force conducted airstrikes against suspected Katiba Macina positions in the areas of Marebougou and Soye in Mopti last week, in an attempt to break the siege imposed by the militants since April this year.

In Niger, presumed Islamic State West Africa (ISWAP) Greater Sahara faction fighters attacked the village of Bakorat in the Tahoua region and fought with a Tuareg self-defense group and armed residents, resulting in dozens of fatalities. The group also attacked the town of Tebaram in Tahoua and burned down several public institutions.

In Nigeria, military forces engaged in deadly clashes with ISWAP Lake Chad faction fighters in neighboring Askira Uba and Damboa local government areas (LGA) of Borno state. In Askira Uba LGA, Nigerian air force and ground troops repelled an attack by the militants, killing dozens of ISWAP fighters, including top commanders. Several military officers as well as an army brigadier general on their way to provide reinforcement to the soldiers were also ambushed and killed. Following another ISWAP attack in Dille, the military imposed a curfew in Askira Uba and environs (PRNigeria, 15 November 2021). Moreover, last week, the Niger state government disclosed that Boko Haram militants have taken over several locations in Shiroro and Rafi LGAs, displacing civilians. This further indicates the movement of the group, formerly concentrated in the northeast of the country, into central regions and closer to the Federal Capital Territory. Elsewhere in Niger state, militiamen carried out a multi-day attack against civilians in Muya LGA, killing and injuring several people and abducting dozens. This violence contributed to a 100% increase in violence in the state last week relative to the month prior (for more, see ACLED’s Early Warning Research Hub). Militia violence also surged in Sokoto state where numerous fatal attacks were reported. In Illela and Sabon Birni LGAs bordering Niger republic, militia attacks left over 60 civilians killed. Lastly, suspected Amazonian separatist fighters from neighboring Cameroon invaded the border community of Manga in Takum LGA of Taraba state and killed several people including a traditional ruler. The group has denied responsibility for the attack, blaming the Cameroonian government instead (The Nation, 21 November 2021).

In the Central African Republic, violence further escalated last week, nearly one month after the unilateral ceasefire declared by the government. Lethal clashes erupted between military forces with Wagner Group mercenaries against the Coalition of Patriots for Change (CPC) and affiliated militias, especially in the Ouham-Pende prefecture, resulting in a 167% increase in violence in the prefecture last week relative to the month prior (for more, see ACLED’s Early Warning Research Hub). Further, attacks against civilians continued by Wagner Group mercenaries and security forces. In Ouham prefecture, a retaliatory attack by the Russian mercenaries left dozens of civilians, mostly miners, killed in the village of Kouki following a deadly ambush on the group by unidentified gunmen from Sudan.

In the Democratic Republic of Congo, activists held demonstrations in multiple locations to denounce the politicization of the country’s electoral body ahead of the 2023 presidential elections. Meanwhile, violence continued in the eastern part of the country. In South-Kivu, the Makanika-Twirwaneho-Ngumino coalition clashed against the Mayi Mayi Yakutumba and Biloze Bishambuke at a refugee/IDP camp in Mwenga territory, targeting members of several ethnic groups and triggering civilian displacements. In addition, factions of the Biloze Bishambuke fought against one another and the Congolese armed forces (FARDC) in Fizi territory. In Maniema province, a Mayi Mayi militia of ethnic Batwa carried out abductions and clashed against the FARDC in Kabambare territory, contributing to a 200% increase in violence in the province last week relative to the month prior (for more, see ACLED’s Early Warning Research Hub). Elsewhere, the Patriotic and Integrationist Force of Congo (FPIC)-Chini ya Kilima rebels killed over a dozen Hema pastoralists and set houses and a health center on fire in the Irumu territory of Ituri province. Further, in Ituri, the Cooperative for the Development of Congo (CODECO) clashed against the FARDC and attacked civilians in Djugu territory, suffering several casualties in the village of Tse. In North-Kivu, the Allied Democratic Forces (ADF) launched fatal attacks against civilians in the Bashu sector of Beni territory. The group also carried out two deadly suicide bombings in the capital of Uganda, Kampala. One explosion took place near the central police station and the other near the parliament. The attacks were claimed by the Islamic State and were followed by clashes between military forces and suspected ADF militants as well as the defusal of several other explosives. Activity by Islamist militants has significantly increased in Uganda since Islamic State claimed its first attack in the country more than a month ago.

In Somalia, over a hundred Somaliland soldiers defected and joined Sool, Sanaag, and Cayn (SSC) militia in Buuhoodle town in the Togdheer region. The group is opposed to the Somaliland administration and pursues forming a new state and joining the federal government. Further south, in the Bakool region, Somali forces regained control of several villages in the Xudur district from Al Shabaab militants. Violence also escalated in the Bay region where Al Shabaab carried out fatal attacks against civilians and Somali military forces. These trends resulted in a 150% and 260% increase in violence in the Bakool and Bay regions respectively last week relative to the month prior (for more, see ACLED’s Early Warning Research Hub).

In Sudan, anti-coup demonstrations continued for another week in major cities and towns, with over a dozen killed by security forces in Khartoum, Khartoum North, and Omdurman in what was the deadliest week following the October 25 coup.

Finally, in Morocco, two drone strikes by the Moroccan military hit vehicles in the disputed territory of Western Sahara, killing several people. Although the Moroccan government claims they were Polisario Front militants, pro-Polisario sources describe the victims as civilians while acknowledging the death of one militant.