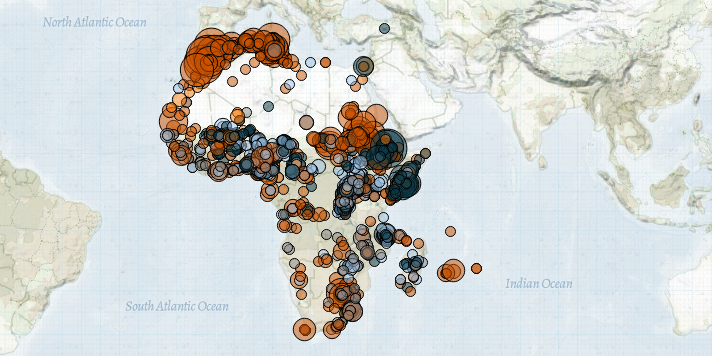 Last week in Africa, demonstrators blocked a French logistics convoy in Burkina Faso; a suicide bombing attack by Al Shabaab militants targeted journalists in Somalia; and a deal struck between the military and the ousted prime minister sparked mass demonstrations across Sudan.

In Burkina Faso, suspected Jama’at Nusrat al-Islam wal-Muslimin (JNIM) militants carried out a major attack on Burkinabe gendarmerie forces in the town of Foube in the Center-North region. The attack resulted in over a dozen fatalities among gendarmes and civilians as well as the destruction of a health center and telecommunications antennas. Elsewhere, presumed JNIM-affiliated Katiba Macina fighters targeted the army detachment in the town of Thiou in the North region, killing three soldiers and suffering several casualties. Further, the group engaged in clashes with the military forces and Volunteer for Defense of Homeland (VDP) fighters in the Comoe province of the Cascades region where Burkinabe forces also launched airstrikes against the militants’ positions. This violence contributed to a 100% increase in violence in the region last week relative to the month prior (for more, see ACLED’s Early Warning Research Hub). Meanwhile, demonstrations against the growing insecurity and poor governance continued for another week in major cities. In several towns, demonstrators tried to prevent the passage of a French military logistics convoy on its way to Mali, leading to a multi-day standoff in the city of Kaya in Center-North. The unrest then spilled over into western Niger as the French convoy crossed the border from Burkina Faso, leading to clashes with security forces in Tera that left two demonstrators dead and several wounded (The Guardian, 27 November 2021).1 This event will be included in the data published next week per ACLED methodology. In the Diffa region, the Nigerien contingent of the Multinational Joint Task Force (MNJTF) conducted a three-day operation against Boko Haram fighters during which they reportedly neutralized several militants and seized weapons and equipment. Meanwhile, local sources accused the troops of arresting and extrajudicially killing eight civilians. Further, a Tuareg self-defense militia backed by the Nigerien army and the National Guard as well as the Movement for Azawad Salvation (MSA) launched an offensive against Islamic State West Africa (ISWAP) Greater Sahara faction fighters in the Tahoua region and in the Menaka region of Mali. Overall, dozens of people were killed, and three militant bases destroyed. The offensive followed a deadly attack on the militia in Bakorat in Tahoua two weeks ago. These trends resulted in a 140% increase in violence in Niger last week relative to the month prior (for more, see ACLED’s Early Warning Research Hub). Elsewhere in Mali, violence escalated in Timbuktu where the murder of a merchant sparked demonstrations by Songhai youths. The demonstrators lynched two members of the Arab community, one of whom succumbed to his wounds. The events were followed by two shootings in the city, possibly in retaliation for the lynching.

In Nigeria, ISWAP Lake Chad faction militants launched an attack on a Nigerian military base in Marte town in Borno state, claiming to have killed several soldiers and vigilantes. The attack came a week after Nigerian forces conducted airstrikes targeting a meeting of ISWAP fighters in Marte Local government Area (LGA). Additionally, the Niger state government confirmed that ISWAP fighters are establishing a presence in the Borgu LGA, near the border between Nigeria and the Republic of Benin. Last week, the local government reported that Boko Haram militants had taken over several communities in Shiroro and Rafi LGAs. The reports show that both groups have now extended their presence into Niger state. Elsewhere in the northwest region, militias carried out widespread violence against civilians. In Kaduna state, militias attacked travelers on the Kaduna-Abuja highway, killed a former Zamfara governorship candidate from the All Progressives Congress (APC) party and abducted dozens. Following the attack, Nigerian forces ambushed the militia and killed their leader around Kaduna South LGA. In the southeastern Imo state, suspected separatist Indigenous Peoples of Biafra (IPOB) fighters clashed with Nigerian security forces in several locations and burned down a police station in Ndizuogu, resulting in a 100% increase in violence in the state last week relative to the month prior (for more, see ACLED’s Early Warning Research Hub).

In the Democratic Republic of Congo, the Allied Democratic Forces (ADF) carried out deadly attacks against civilians in several border areas between North-Kivu and Ituri provinces, targeting the area of Banande Kainama in Beni territory and the sector of Baniari-Tchabi in Irumu territory. Elsewhere in North-Kivu, March 23 Movement (M23) militants clashed against the Congolese armed forces (FARDC) and Virunga forest rangers in Rutshuru territory where militants took over Ngugo while FARDC regained control of localities in Rugari groupment. Reports of M23 activity re-emerged at the beginning of November when presumed militants from the group overtook several villages in Rutshuru territory. Moreover, a Mayi Mayi group clashed against the FARDC in Butembo territory, following a discernible trend of rising violence in the region last month after a spike in April. In Ituri province, the FARDC regained control of Drodro village in Djugu territory from Cooperative for Development of Congo (Union of Revolutionaries for the Defense of the Congolese People) (CODECO-URDPC) following a high fatality attack on the village by the rebels. Further, CODECO-URDPC and the Popular Front for Democracy in Congo (FPDC) attacked Chinese mining operations in Djugu and Fizi territories of South-Kivu province, respectively.

In Somalia, an Al Shabaab suicide bomber targeted journalists in the capital of Mogadishu, killing the director of Radio Mogadishu and wounding several others including the director of Somali National Television. In the Lower Juba region, Al Shabaab militants also launched an IED attack on a private vehicle belonging to the district commissioner of Kismayo town who was not in the vehicle at the time of the attack. The explosion, however, left his brother dead and another civilian bystander injured. Elsewhere, inter-clan violence erupted in the Hiraan region over a dispute about grazing land. This violence contributed to a 100% increase in violence in the region last week relative to the month prior (for more, see ACLED’s Early Warning Research Hub).

Lastly, in Sudan, the military signed an agreement with Prime Minister Abdalla Hamdok reinstating him almost a month after he was deposed in a military coup. Thousands of demonstrators took to the streets across the country to reject the deal. While demonstrations were largely peaceful, scores of demonstrators were injured when security forces intervened, particularly in Khartoum, Khartoum North, and Omdurman.