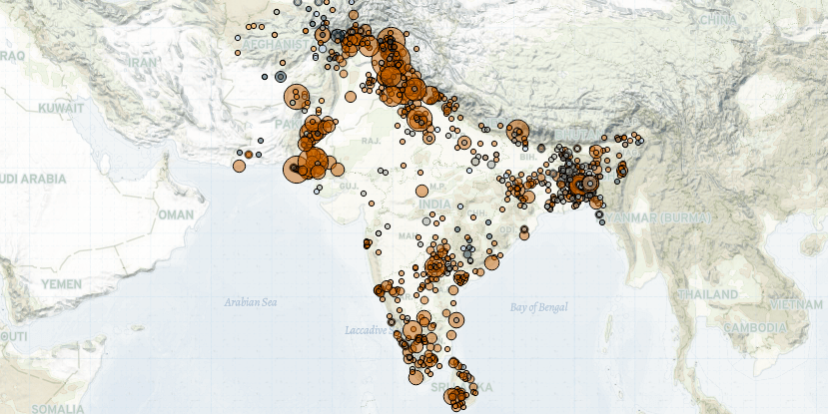 Last week in South Asia and Afghanistan, the Taliban clashed with the Islamic State (IS) and the National Resistance Front (NRF) in Afghanistan, while targeted killings of former government workers continued. In Pakistan, riots flared up in response to alleged acts of blasphemy. In Bangladesh, election violence increased during the third phase of the village council elections on 28 November. In India, Naxal-Maoist activity decreased as their shutdown across the Red Corridor ended. Lastly, the Indian parliament finalized the repeal of three Indian farm laws to open the agriculture market to commercial buyers.

In Afghanistan, IS attacked Taliban forces in Kabul, Nangarhar, and Kunar provinces, while Taliban forces conducted an anti-IS operation in Jalalabad city, Nangarhar province, claiming to seize ammunition and kill two militants. Taliban forces also launched an operation against the NRF in areas surrounding Aybak city, Samangan province, which have reportedly been under NRF control for the past three months (Independent Persian, 1 December 2021). At least two NRF members were killed during fighting. While clashes between the Taliban and the NRF have been frequently reported through NRF-affiliated Twitter accounts (such as Twitter @Parwan_Panjshir), this is one of the few incidents covered by national news agencies since mid-October.

Meanwhile, unclaimed attacks targeting Afghan security forces continued last week, with two former security members killed in Panjshir and Paktia provinces. In a report published last week, Human Rights Watch also documented the killing and forced disappearance of dozens of former Afghan forces since the Taliban takeover in August 2021, implicaticating Taliban members in the majority of cases (Human Rights Watch, 30 November 2021). Along with these events, ACLED now records over 70 attacks against former government members, either by the Taliban or unidentified groups, since mid-August 2021.

In Pakistan, riots broke out over the alleged burning of a Quran at a mosque in the Tangi area of Charsadda district. Thousands of rioters broke into Mandani police station, destroyed two police checkposts, set ablaze vehicles, and seized weapons. The riots started after officers refused to hand over a man who was suspected of burning the Quran and is believed to suffer from a mental health disorder (Dawn, 29 November 2021; Al Jazeera, 29 November 2021). The following day, demonstrations against Quran desecration were held amid a partial shutdown in the district. Elsewhere, a mob beat a Sri Lankan factory manager to death and set him on fire in Sialkot city after accusing him of desecrating posters with the name of the Prophet Muhammad. Mob attacks based on blasphemy accusations are common in Muslim-majority Pakistan, where insulting Islam or the Prophet Muhammad can result in a death sentence (Gandhara, 3 December 2021; Voice of America, 3 December 2021).

In Bangladesh, violence continued to increase last week as the third phase of the village council elections was held on 28 November. At least 11 people died during attacks and clashes between political rivals last week. In Pirganj upazila, three people were killed and five others were injured, as supporters of an independent candidate clashed with the Border Guards Bangladesh (BGB) following the vandalism of a polling center. Violence is common during elections in Bangladesh, where widespread allegations of misconduct over the current polls and the last two national elections have led to tensions between political opponents and boycotts by opposition parties (Arab News, 5 November 2021).

In India, Naxal-Maoist violence decreased last week as Naxal-Maoists ended a shutdown strike that they had declared the week prior. Despite the decrease, Communist Party of India (Maoist) fighters exchanged fire with security forces in Chhattisgarh and Odisha states. Two militants, including a commander, were killed in the fight. Two Naxal-Maoist commanders also surrendered to police in Chhattisgarh a few days after these encounters (The Pioneer, 3 December 2021). Meanwhile, the Communist Party of India (Maoist) began celebrations for the 21st anniversary of the People’s Liberation Guerrilla Army (PLGA) on 2 December, with celebrations to continue to 10 December (New Indian Express, 2 December 2021). Additional security forces were deployed in the border between Telangana and Chhattisgarh ahead of the celebrations amid concerns of possible attacks on police stations and camps in the area (New Indian Express, 2 December 2021).

Lastly, Indian President Ram Nath Kovind signed the Farm Laws Repeal Bill on 1 December after it was passed by the lower and upper houses of parliament earlier last week (India Today, 1 December 2021). The three farm laws aimed at deregulating the market were passed in September 2020, triggering the longest-running farmer demonstrations in the country (Reuters, 29 November 2021). The United Farmers Front (SKM), an umbrella body of 40 farmer unions, announced that farmers will continue demonstrating at the borders of Delhi until the government withdraws cases registered against them during their demonstrations spanning for over a year (Hindustan Times, 4 December 2021).