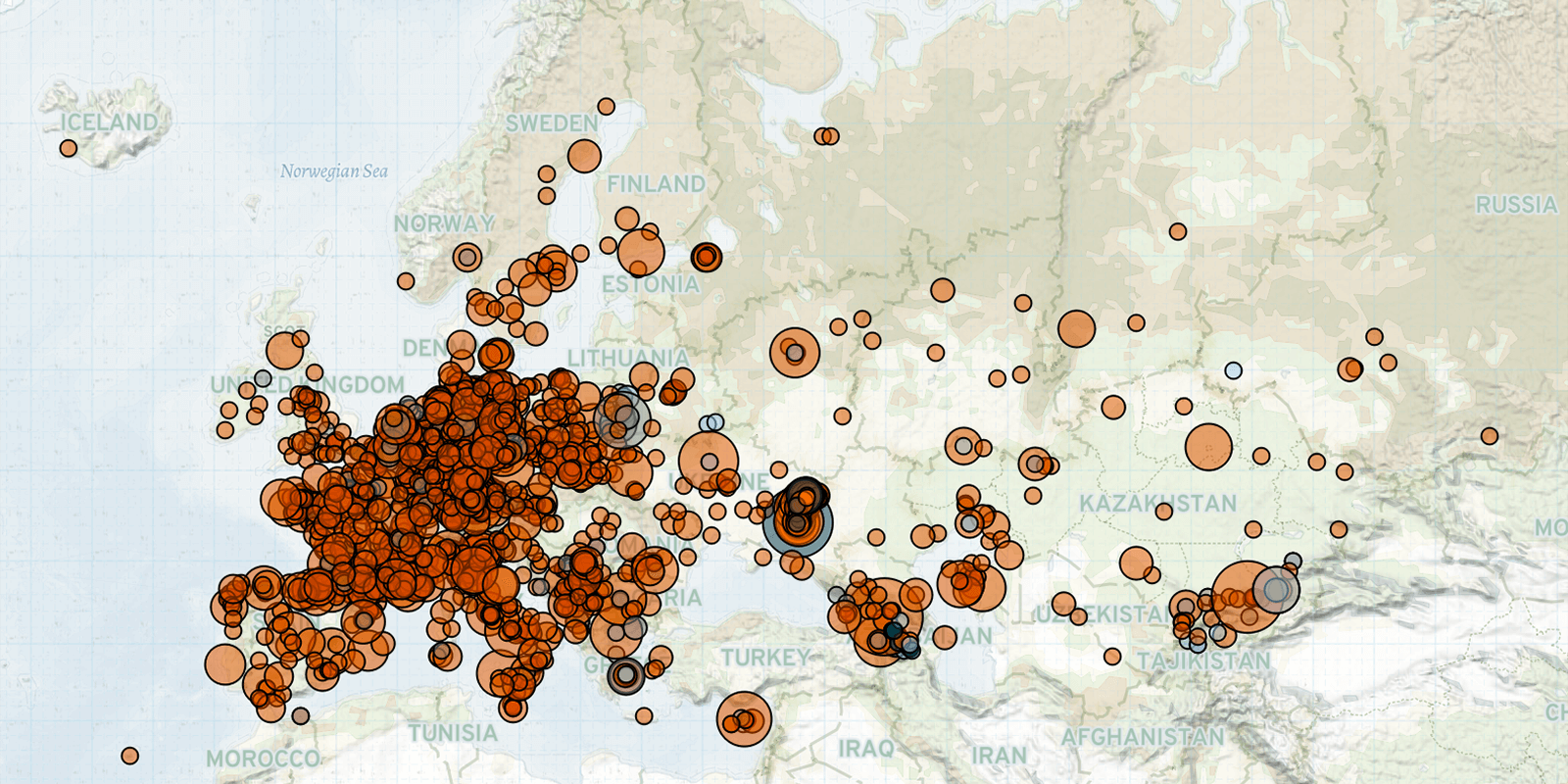 Last week, in Europe, Central Asia, and the Caucasus, Kazakh authorities cracked down on activists suspected of participating in mass demonstrations beginning on 2 January. Fighting escalated on the Armenia-Artsakh-Azerbaijan Line of Contact. In Germany, the decision to increase measures to curb the Omicron coronavirus variant has continued to result in greater numbers of demonstration events. Meanwhile, Ukraine accused Russia of a massive cyber attack against Ukrainian government websites as another attempt to intimidate Ukraine and dissuade cooperation between Ukraine and NATO.

In Kazakhstan, authorities continued to suppress opposition last week, following the outbreak of anti-government demonstrations on 2 January over a liquified petroleum gas price hike. Multiple reports of police violence against activists detained for participating in mass riots surfaced last week (The Moscow Times, 19 January 2022). Separately, Kazakh military forces opened fire and killed three civilians who were outside during curfew hours in Taldykorgan in the Almaty region. The Kazakh government has stated that 225 people were killed and more than 12,000 arrested over the past two weeks since the start of demonstrations (The Guardian, 16 January 2022; Al Jazeera, 12 January 2022). However, the death toll remains hard to verify, as no independent source has released an estimate, and Kazakh authorities have provided no breakdown on the number thus far. Some activists express fears that the government may be withholding information on deaths during the unrest, meaning that these figures could be a conservative count (The Moscow Times, 19 January 2022; Novaya Gazeta, 19 January 2022). Following the violent crackdown against the demonstrators, the number of demonstration events dropped significantly last week. On 13 January, Collective Security Treaty Organization (CSTO) troops began to pull out of Kazakhstan following their earlier deployment at the request of Kazakh President Kassym-Jomart Tokayev (RFE/RL, 13 January 2022). (For more on the outbreak of demonstrations in Kazakhstan, see ACLED’s infographic on Demonstrations in Kazakhstan).

On the Armenia-Artsakh-Azerbaijan Line of Contact, the number of ceasefire violations increased last week, contributing to a 700% increase in violence in Azerbaijan last week relative to the month prior (see ACLED’s Early Warning Research Hub for more). Both sides have accused each other of provoking the escalation (RFE/RL, 11 January 2022). The fighting resulted in the deaths of one Azerbaijani and three Armenian servicemen. Most of the fighting took place on January 11, though multiple ceasefire violations were reported throughout the whole week.

In the Donbas region of Ukraine, fighting between Ukrainian government forces and Russian-led forces increased last week compared to the previous week. There were 43 armed clashes, 90 shelling incidents, and two fatalities reported. Meanwhile, on 14 January, a massive cyber attack was carried out against Ukrainian information resources, knocking out nearly 70 websites associated with central and regional authorities (RFE/RL, 16 January 2022). The attack comes days ahead of the planned signing of an agreement between NATO and Ukraine on enhanced cyber cooperation, which foresees Ukraine’s access to NATO’s malware information sharing platform (The Guardian, 14 January 2022; Ukrinform, 17 January 2022). Following Russia’s deployment of nearly 100,000 Russian troops at the Ukrainian border and Russian President Putin’s pushback against the NATO expansion, Ukraine has accused Kremlin-backed hackers of carrying out the cyber attack to further intimidate Ukraine and its international partners (The New York Times, 19 January 2022; Euronews, 24 December 2021; The Guardian, 16 January 2022).