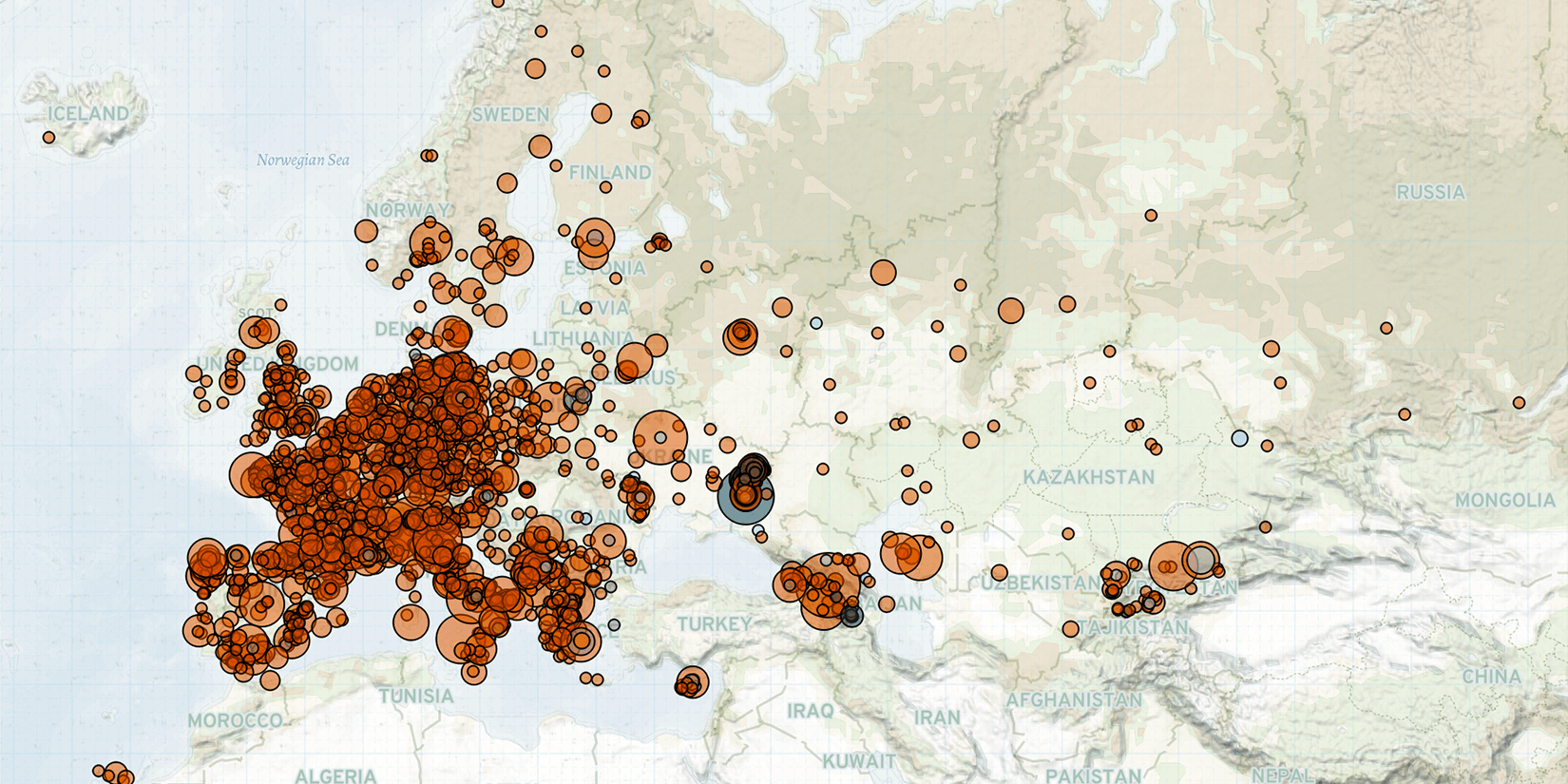 Last week in Europe, Central Asia, and the Caucasus, farmers held demonstrations across Greece and France against rising production costs and the alleged lack of support from the government. A violent demonstration against the construction of a migrant camp and an explosion at an Orthodox Christian society building contributed to an increase in violence in Greece. Many demonstrations associated with the ‘Freedom Convoy’ against coronavirus restrictions were held in France, with individual demonstration events in the Netherlands and the United Kingdom. In Austria, several demonstrations were reported after vaccination was made compulsory for adults. Germany continued to see high demonstration activity. Meanwhile, fighting continued along the Armenia-Artsakh-Azerbaijan Line of Contact and in the Donbas region in Ukraine.

In Greece, demonstration activity increased last week as farmers staged over 60 demonstration events across the country against what they claim to be insufficient government support amid rising costs of electricity, fuel, and fertilizers. In many instances, the demonstrators set up road blockades with tractors and other vehicles, yet no violence was reported during the demonstrations. The protesting farmers pledge to shut down all of the major highways in the country if their demands are not met (Euronews, 13 February 2022). In France, farmers — primarily led by Young Farmers (JA) and the National Federation of Farmers Union (FNSEA) — held 30 demonstration events last week, calling for the re-evaluation of the sale price of their products to retailers. Here too, some demonstrators used tractors to blockade supermarkets during demonstrations.

Meanwhile, the upward trend in violence in Greece continued last week, as a demonstration turned violent at a migrant camp construction site and anarchists bombed a Christian religious society building. On the island of Lesvos, a demonstration against the construction of a new migrant camp turned destructive when demonstrators set fire to the construction machinery. The demonstrators oppose the EU-funded construction of migrant camps on five Greek islands as it restricts freedom of movement (AP, 8 February 2022). On 8 February, a militant anarchist group used makeshift explosive devices to start a fire at an Orthodox Christian religious society in Thessaloniki (AP, 9 February 2022). Far-left violence has increased in the country following the eviction of a 34-year-old anarchist squat from university grounds in January (Ekathimerini, 12 January 2022). These events contributed to the 76% increase in violence in Greece last month relative to the past year flagged by ACLED’s Conflict Change Map, which first warned of increased violence to come in the country in the past month.

In Austria, legislation mandating compulsory vaccination for all adults was signed on 4 February and went into effect 5 February (France24, 5 February 2022). Austria is the first country in the European Union to introduce such a measure. It has so far not been met with an increase in demonstration activity. Contrastingly, in Germany, overall demonstration activity against coronavirus measures remained at high levels last week, though it continued to slowly decline. Despite demonstrations remaining mostly peaceful, several outbreaks of violence were reported, including clashes with counter-demonstrators in Reutlingen on 5 February and in Leipzig on 5 and 7 February. These clashes contributed to the 82% increase in violence in Germany over the past month relative to the past year flagged by ACLED’s Conflict Change Map, which first warned of increased violence to come in the country.

Along the Armenia-Artsakh-Azerbaijan Line of Contact, ceasefire violations were reported throughout the last week, contributing to the 33% increase in violence in Azerbaijan last week relative to the past month flagged by ACLED’s Conflict Change Map; the tool first warned of increased violence to come in the country last month. Amid the increase in fighting, both sides accuse each other of targeting civilians. The Artsakh1The disputed territory of Nagorno-Karabakh is internationally recognized as part of Azerbaijan. ACLED refers to the de facto state and its institutions as Artsakh — the name by which the de facto territory refers to itself. For more on methodology and coding decisions around de facto states, see this methodology primer. Ministry of Defense accuses Azerbaijani military forces of targeting civilians and civilian houses in the Askeran region of Artsakh (Aysor, 5 February 2022). Meanwhile, the Azerbaijani Ministry of Defense reports that Artsakh forces fired at civilian infrastructure in the Tartar region of Azerbaijan (Azertag, 6 February 2022). Additionally, on 7 February, Azerbaijan returned eight Armenian POWs over to Armenia (168 Hours, 7 February 2022).

In the Donbas region of Ukraine, fighting between Ukrainian government forces and Russian-led forces continued at similar levels last week compared to the previous week, with 51 armed clashes, 57 shelling incidents, and one fatality reported. Nevertheless, tensions between Russia and Ukraine remained high as approximately 130,000 Russian troops continued to hold positions along the border (The New York Times, 13 February 2022). On 10 February, Moscow deployed around 30,000 troops to southern Belarus for joint military drills, intensifying concerns about Russia’s military intentions against Ukraine (CNN, 14 February 2022; RFE/RL, 10 February 2022). On 15 February, Russia announced the pullback of some of the troops away from the Ukrainian border (BBC, 15 February 2022). Russian representatives further deny plans to attack Ukraine, though continue to demand guarantees that NATO will not expand eastward (AP, 16 February 2022). The leaders of Ukraine and NATO member states have been wary of the announcement and claim to have not seen meaningful troop withdrawal thus far (Politico, 16 February 2022; Ukrayinska Pravda, 16 February 2022).2This Regional Overview covers data for the time period between 5-11 February. Any developments since then will be explored in further detail in next week’s Regional Overview.

The looming threat of further Russian incursions sparked protests in Ukraine and the wider region last week. People across Europe demonstrated in solidarity with Ukraine and against the potential escalation of the war, including in Italy, Norway, Finland, Russia, and Bulgaria.